2 the Outdoors: Our neighbor the rattlesnake

Timber Rattlesnakes were once common in NY 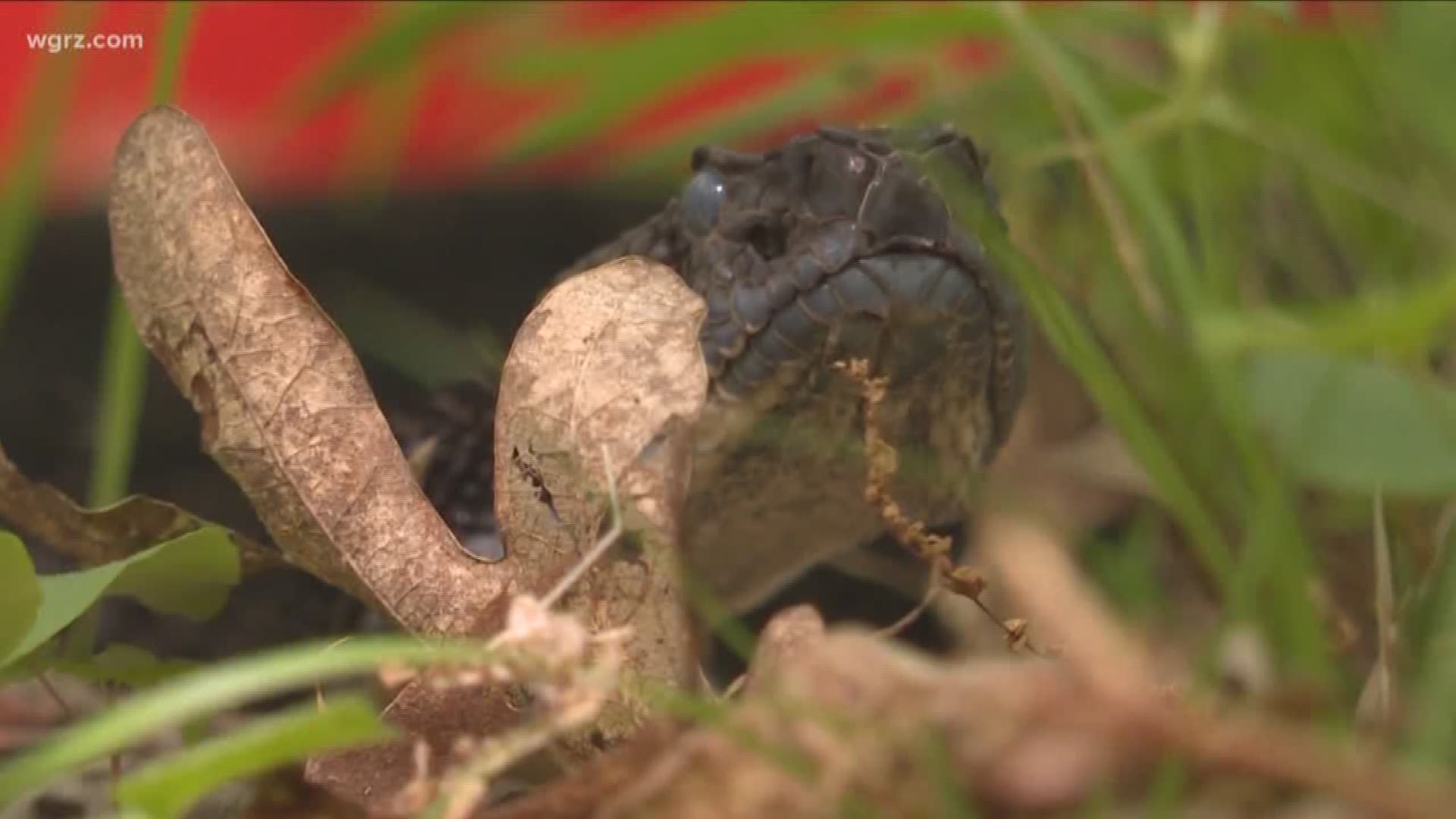 BATH, N.Y. — The Timber Rattlesnake once was fairly common in New York State but now is on the threatened list. Now it's only found in the Southern Tier, the northern most edge of its range in the United States.

The species has long been seen as a threat, surrounded by myth and misinformation. Fortunately for both man and snake, research has shed much light on this misunderstood reptile.

The NY DEC has been conducting studies since 2012. They've used surgically implanted transmitters to track the snakes. NY DEC Wildlife Tech Madeline Wlasniewski has worked closely with these snakes for years.

"In total I think we've transmitted ten individuals over the past five, six years," Wlasniewski said. "We've started to back off of that now that we've gotten this information and are trying to do more telemetry in areas we haven't studied or haven't been studied in a long time. "

The study revealed some important information regarding population size in the area.

Timber Rattlers are a very secretive species, and the transmitters allowed the team to track them to their dens, or hibernacula. The snakes, which are normally on their own during warm months, gather together to hibernate in these underground homes during the cold months.

"Using that telemetry, the mark and recapture we were kind of able to get an occupancy idea for these hibernaculas," Wlasniewski said. "And then in 2015, we added the time lapse trail camera photography study along with it, and that allowed us to get an abundance idea on these hibernaculas. How many snakes do we actually have versus the needle in haystack snakes that we've been finding."

Credit: Terry Belke
There has not been a fatal Rattlesnake bite in New York in decades.

"We were surprised to see that some dens were extremely healthy, with you know, fifty plus snakes and some had a measly eight," Wlasniewski said. "So you know it all kind of depended on which one it was, and they were extremely variable. "

Because of their tendency to den together, it was easy in the past for people to wipe out whole populations quickly. Bounties were offered in the past to kill snakes, and the DEC Wildlife Tech says that this was a main factor in the decline of their numbers in New York.

"People really didn't like snakes, and then when you put a price tag on them it's like a perfect little scenario for folks to go out," Wlasniewski said. "There's people still around that remember going out as kids or with family members to these different areas, they knew exactly where they were, and they'd go out and dump gasoline down the hibernaculas. Whatever they could do to get all these snakes out to collect these bounties."

Now it's illegal in New York to kill Timber Rattlesnakes, and as we learn more, we understand their true nature.They are important for rodent control, which in turn helps control the spread of Lyme Disease.

Wlasniewski says that although they can do damage if provoked, they are actually quite docile, and should be revered, not feared.

"Instead of seeing the negatives in some of these things we need to turn and see the positive, and enjoy the fact that we still have this chance, that this habitat is still healthy enough to sustain this species," Wlasniewski said. "We're lucky to have that."

To learn more about Timber Rattlesnakes in NY, click here.

2 the Outdoors: A walk on the wild side