Tifft Nature Preserve has set up a nest cam to view these amazing raptors. 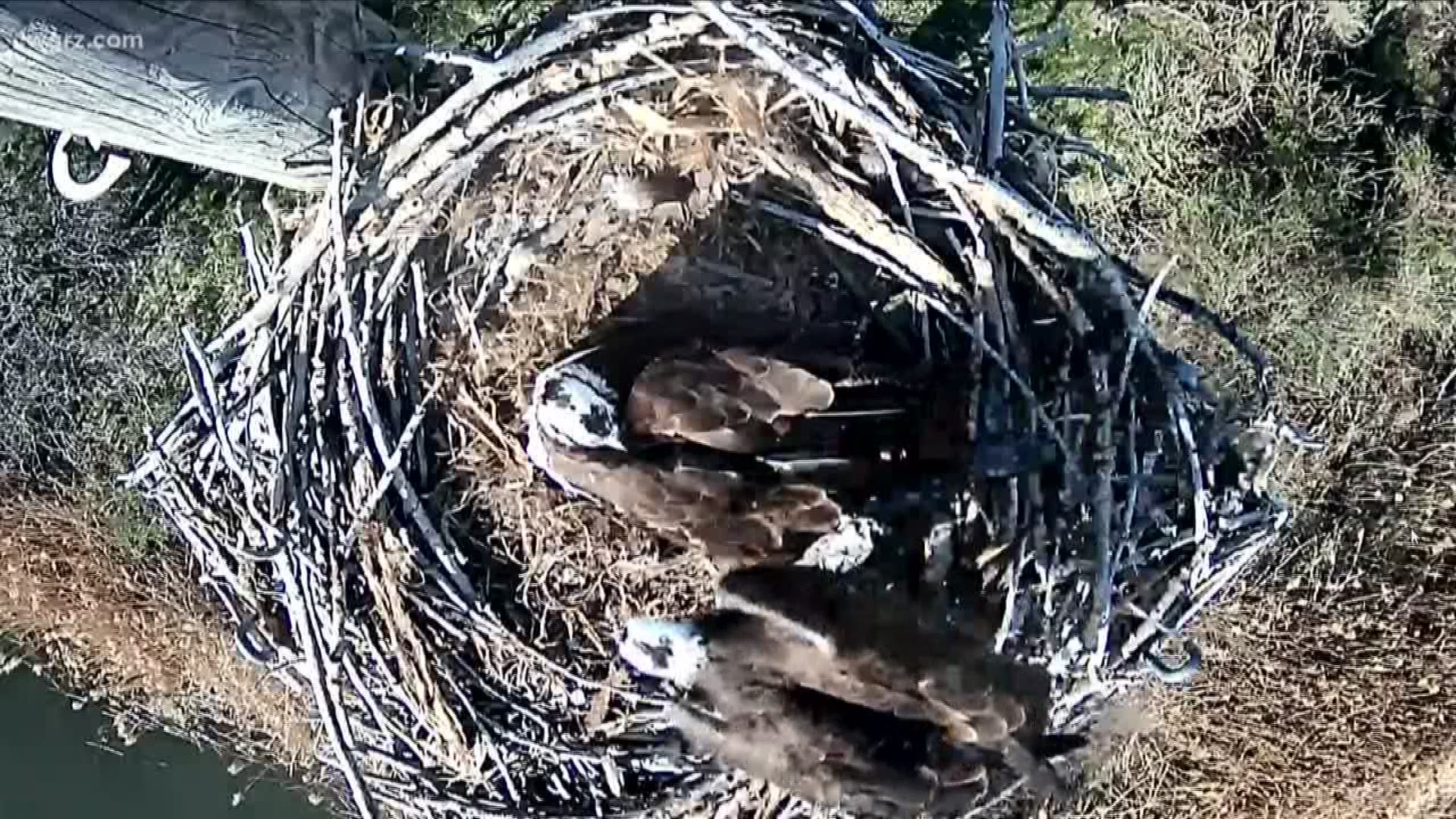 BUFFALO, N.Y. — Birds of prey are strikingly beautiful as well as being highly skilled hunters; they are masters of their environment.

Osprey, also known as fish hawks, are perfectly adapted to a life near water, but that proficiency of survival made little difference in decades past. Their populations were once decimated by the pesticide DDT.

DDT was banned in 1972, and osprey have rebounded. Today the osprey can be found on all continents except Antarctica, and they are one of only six land birds to do so.

Dye says that the reason for this is the simplicity of their needs to survive.

"When you look at what an osprey needs to survive, open water with sizable fish, up to four pounds they can lift out of the water, and suitable nesting, that really opens them up to be successful in lots of different habitats around the world," Dye said.

Credit: Dan Harnett
Osprey are skilled hunters, and have a number of adaptations that help them master their environment.

These aquatic raptors have some interesting adaptations to help them hunt. One involves changing the configuration of their talons.

Like many birds their eyesight is very keen. Osprey are able to see effectively through water.

"Ospreys have more rods and cones in their eyes than most other species have," Dye said, "which allow them to have better vision through the water. It is also believed that the black feathers that are around their eye help to minimize the reflection and the light that's coming off the water to allow them to see better."

Tifft Nature Preserve in Buffalo has a resident pair living on a nesting tower erected by the New York Power Authority in 2012. The birds usually pair for life, and these have raised many young.

This year they have three eggs in the nest, and Dye says they should emerge soon.

Tifft has recently installed a camera above the nest! Their "Osprey Cam" can be viewed 24/7 on their website.