2 the Outdoors: Learning from the loris 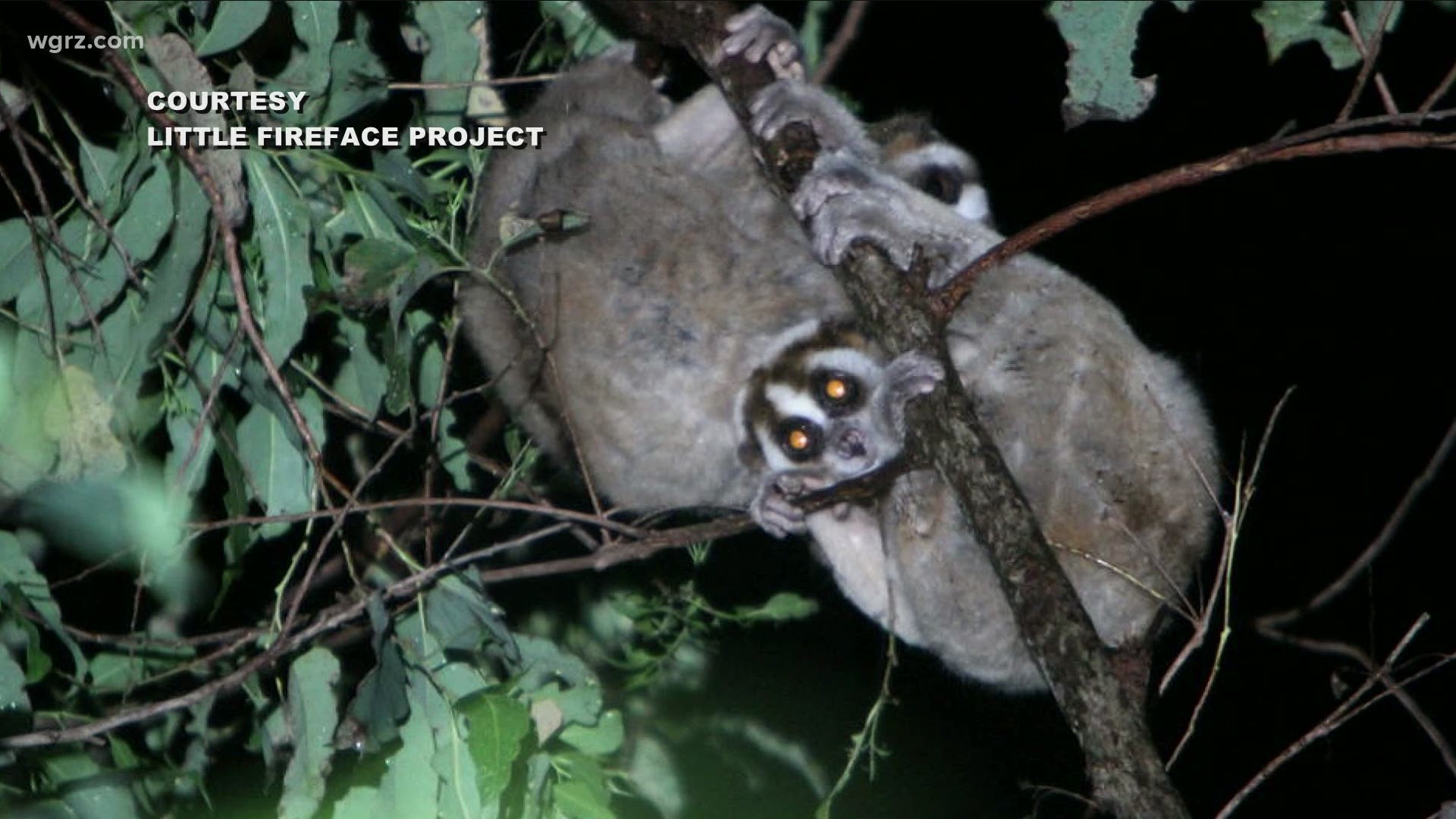 BUFFALO, N.Y. — Even the most obscure animals on the planet can teach us a lot about our environment, where we come from, and even who we are now. Stephanie Poindexter is an assistant professor at UB who has spent several years researching the slow loris, a small primate found in forests throughout southeast Asia.

Poindexter says that studying these fascinating animals is quite a challenge. Aside from their remote habitat, the slow loris is nocturnal as well.

Credit: The Little Fireface Project
The Slow Loris Is nocturnal.

They are also unique in that they are the world's only venomous primate, which is a trait very rare among mammals.

"There's also, there's been some really cool research that came out recently that suggests it's primarily used in fighting between slow lorises," Poindexter said. "But it's really a sort of bizarre adaptation."

Credit: Little Fireface Project
The little primates are the world's only venomous primate, and one of the few venomous mammals.

Despite all of this, the slow loris is still an endangered species. Their main threats come from humans. Habitat loss and the illegal wildlife trade have done the most damage to these beautiful creatures, but they also fall victim to something as shallow as being used as props for tourist photos. It's a sad reminder of our often negative effect on the life around us.

"You can go to maybe a bar or a restaurant and some of them could possibly have a slow loris there with a little hat or in a dress, that you take a picture with," Poindexter said. "It's just kind of spreading the word to everyone and all of the people they share the photo with, it's like oh look at this cute animal you can just keep and have close to you, and that they aren't wild or they aren't endangered."