Interspecies friendships can teach us much about ourselves. 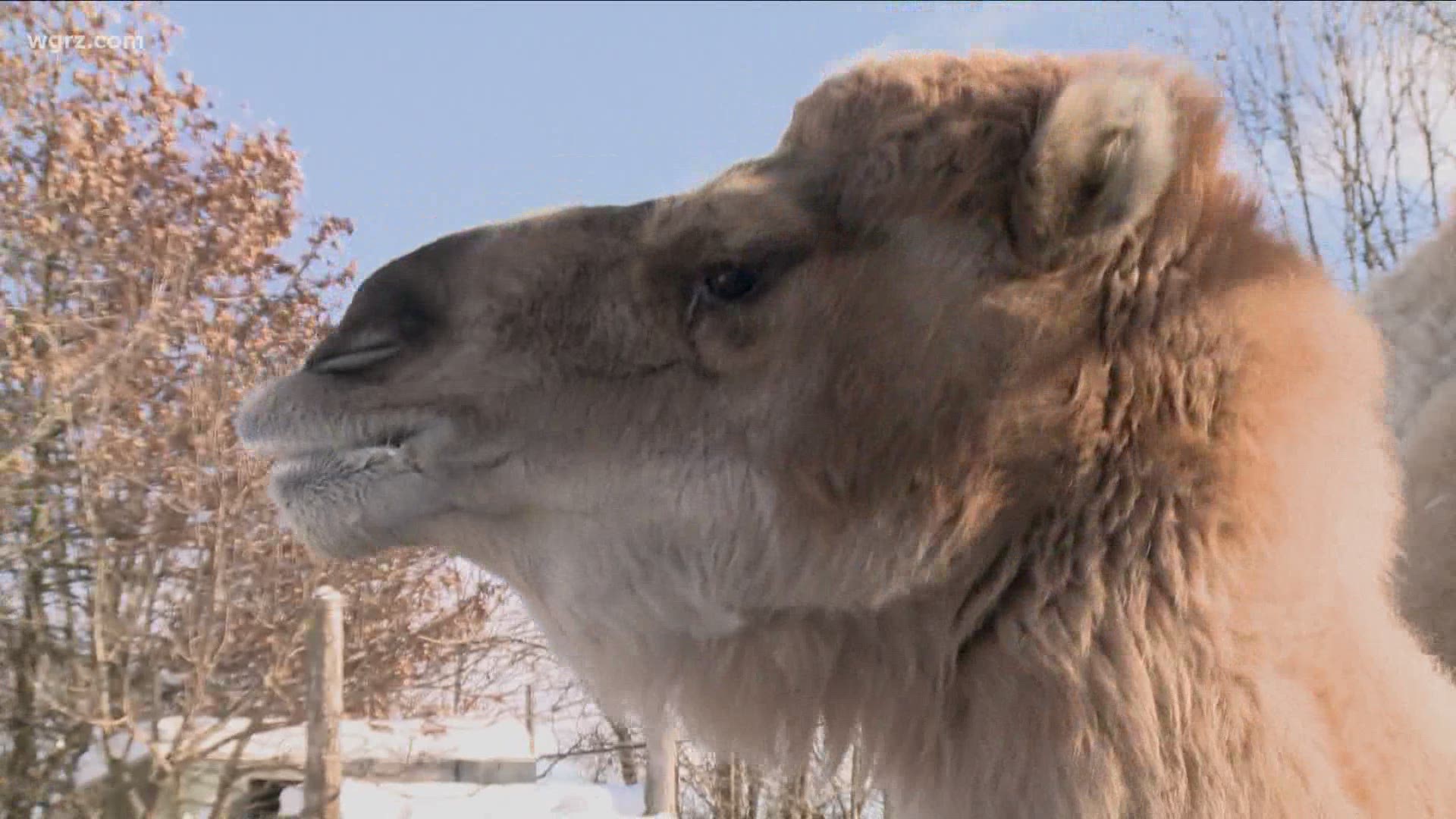 EAST AURORA, N.Y. — Especially in times of division, there is much we can learn from the natural world. Observing animals can teach us a lot about both us and them.

Interspecies friendships are fairly common — particularly with animals in captivity — although it does also happen in the wild, such as the deer that helped a goose defend it's nest in Forest Lawn Cemetery several years ago.

Credit: Hawk Creek
Tracker, a Eurasian Lynx, and Zane, an African Serval, love to go on walks together.

Most of these relationships happen between species that are closely related.

"Tracker has just developed the role of just being the big brother to all the kittens that come here at the center, and so when Zane came, Tracker instantly just wanted to be his best friend," said Tiffany Cimino, conservation and public relations director at the center.

"Zane was in a brand new place, and it was nice to have, I guess, a companion animal. And from there they developed this wonderful friendship, where we always take them out on walks together. And Tracker, when Zane's a little nervous, will tell Zane 'it's ok, let's go play.'"

Credit: Hawk Creek
Bam Bam the goat was just what Baboo, a Dromedary Camel, needed when he first arrived at Hawk Creek.

Size difference is definitely not a deterrent to animal friendship.

Baboo the dromedary camel was quite nervous upon arrival to the center. But Lowe said he quickly found a new friend, and solace, in a goat named Bam Bam.

"We call Bam Bam Baboo's emotional support goat," Lowe said. "So it's definitely something that's been very important for Baboo when he got here. Letting him settle and realize he was home, and he has family. "

Even the human species can bond with non human animals, even those we don't consider to be pets. The centers' Curator, Lowe, is very close to a resident turkey vulture.

"Through this relationship we've built has allowed me to give him a higher quality of life," Lowe said. "We're able to got out all over the place, he's travelled with me all through New York doing educational programs. "

Credit: Terry Belke
There is much we can learn from our animal brethren.

The wisdom these animal ambassadors impart is simple, Cimino says, but often forgotten.

"Keep your heart open because you can find friendships in unlikely places," Cimino said.