2 the Outdoors: International effort to predict lava flow in Iceland

An assistant professor at the University at Buffalo is working with several international agencies to understand volcanic activity. 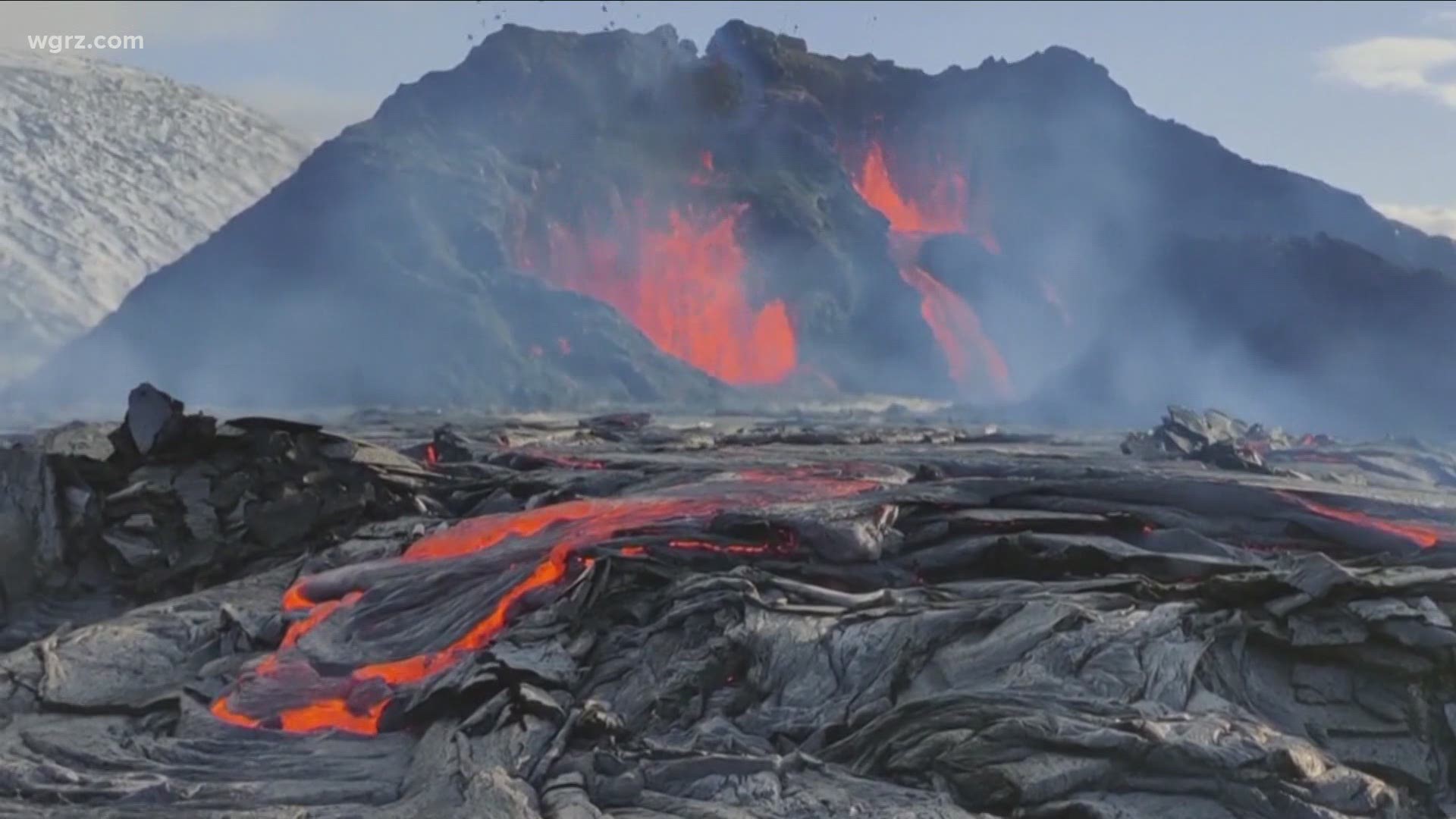 BUFFALO, N.Y. — Volcano eruptions are perhaps the most impressive display of the power of our Mother Earth. Essentially a vent in the earth's crust, eruptions can spew lava, steam and poisonous gas and can cause everything from earthquakes and fires to tsunamis.

"There are mathematical models that try to describe the physics of lava or any other volcanic process," said de' Michieli Vitturi.

The March eruption of Fagradalsfjall in Iceland, which has not erupted in 10,000 years, is a good example of why these models are needed. The UB professor is working in coordination with several groups in Iceland to keep the region safe. He is working with partners in the Icelandic Meteorological Office, the University of Iceland and the National Institute of Geophysics and Volcanology (INGV) in Italy.

"It's a region where there is the main road that connects Reykjavik, the capital city of Iceland with the main international airport," de' Michieli Vitturi said. "So it's important to do these maps in order to understand what can be done to mitigate the risk that are associated with this kind of phenomena."

Credit: NBC
The burning flow is threatening a main road to the Reykjavik Airport

The volcano has been a big tourist attraction, attracting scores of fascinated onlookers until the broiling magma destroyed trails that the sightseers were using to get close to the spectacle.

"Now they are thinking to open new paths, and this is another reason that show why it's important to make predictions about where lava could go," de' Michieli Vitturi said.

The research being done is also helping de' Michieli Vitturi's geology students back here in Western New York, as some of his colleagues from Iceland gave them a lecture on their findings.

"They could be informed and they could be updated on these eruptions so it was something really important for them," de' Michieli Vitturi said.

The UB scholar believes that these are critical studies for people across the globe.

"There are millions of people now that live in the proximity of active volcanoes, so it's a risk that's really present in our society," de' Michieli Vitturi said.