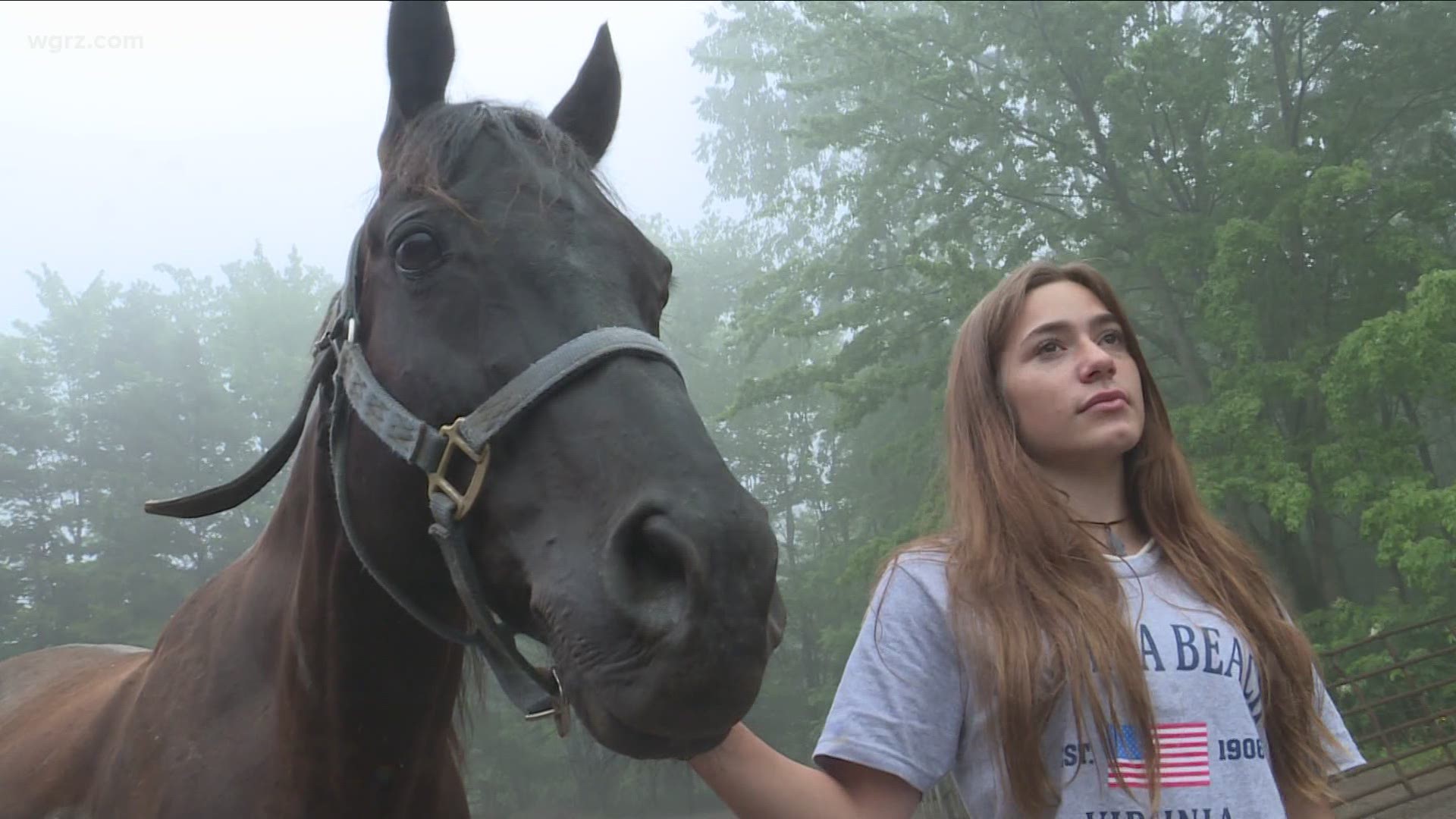 EDEN, N.Y. — Horses have historically been glorified in our society. From film to literature to sports, the horse has long been a symbol of strength and nobility.

But they have also suffered from maltreatment in many ways. So it falls upon groups such as Happy Tails Farm & Rescue to provide sanctuary.

Traci Paszek is the farm's owner, she has been rescuing horses since 2008.

"It started with one horse and then adopted a couple more and then I started rescuing," Paszek said.

Credit: Traci Paszek
The auction horses are often kept in cramped pens which can lead to fear, fights and injury.

The farm focuses on rescuing horses sold at auction. Paszek says some of them can be brutal for the animals.

"You go through and the pens are just packed, they're packed with horses and it's hard to even see the horses, you pull them out one by one, anything that you might be interested in, there's horrific injuries, and it's just a horrible place, I want to say. We've pulled up and there have been dead horses lying in a pile," Paszek said.

Although it's illegal to slaughter horses in the U.S., auctions held in our countries often sell to dealers who then send the horses to other countries to be killed, often for human consumption.

"They slaughter the horses in Canada and Mexico, and then they're shipped overseas to Europe and Asia, and I guess it's a delicacy," Paszek said.

Credit: Traci Paszek
The farm is a loving sanctuary.

There are however efforts being made to block those loopholes. An amendment passed recently called the SAFE Act of 2021, would permanently ban the slaughter of horses for human consumption in the United States as well as prohibit the export of live horses to Mexican and Canadian slaughterhouses to be sold overseas. The legislation has received bipartisan support.

Paszek doubts that legislation will ever truly end horse abuse but knows her farm will be there to take in damaged animals.

"You're always going to have your black market, you know, I don't think that will ever stop for anything, anywhere," she said. "But it will end horse slaughter if enacted into law."

In the meantime, Paszek added that her farm will continue providing education about these beautiful and intelligent creatures.

"They do feel, they do think, they love, they pick their people, they bond to each other and to humans, so I would definitely say they're intelligent," Paszek said. "Learning the humane treatment of animals, that's the most important.

For additional information on the SAFE Act legislation, click here.