Composting is great for the soil and the environment. 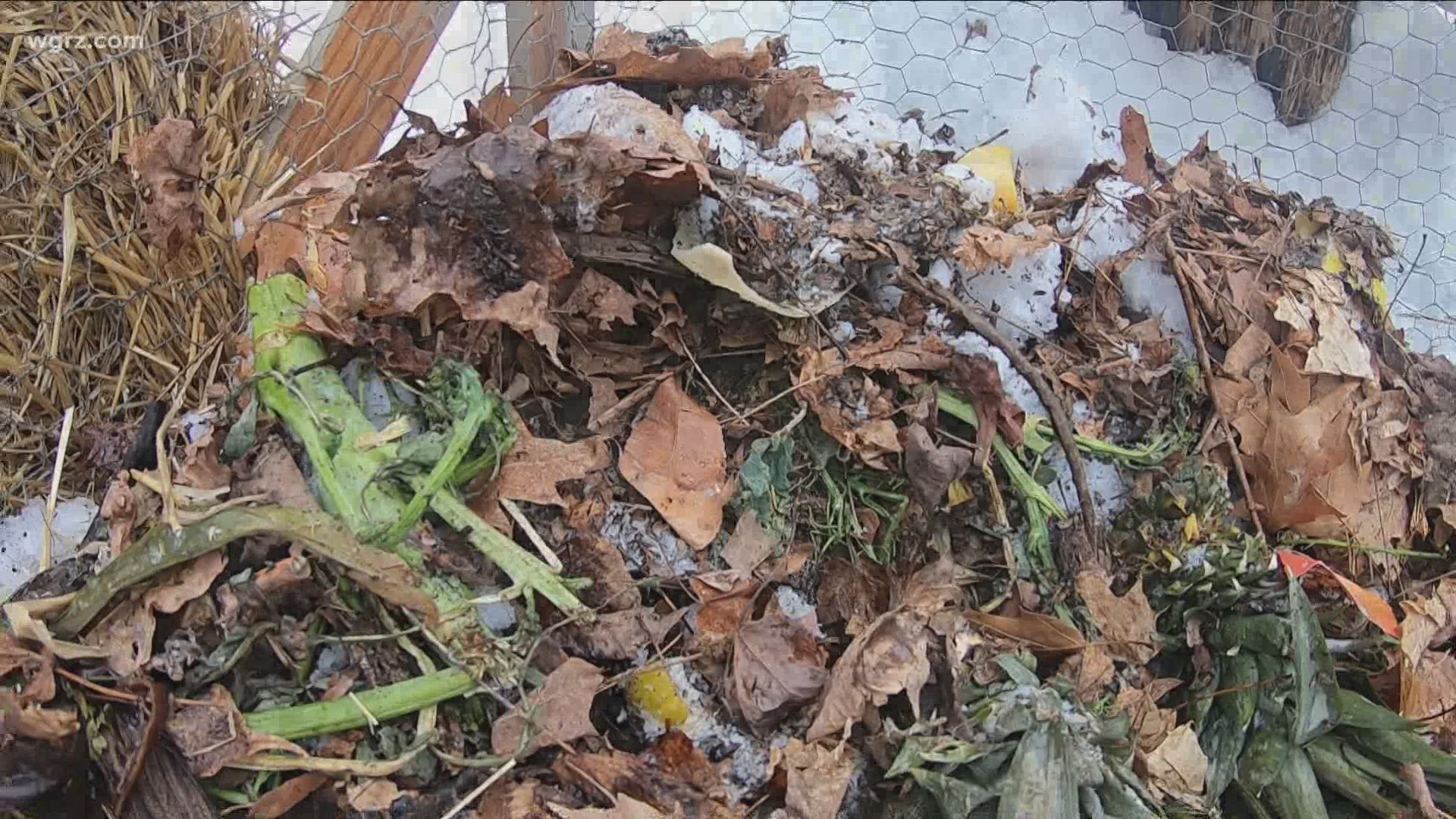 BUFFALO, N.Y. — Winter composting may take a little more effort, but it's well worth it to keep a pile going. There are a couple things you'll need to do that vary from your summer routine.

Like anything else during the winter, insulation is very important, and that goes the same for winter composting. If you want to use straw bales, it will serve a second purpose down the line. You can also use leaves to insulate, and once the weather warms, it can all be added to your pile.

"It's a great way to just keep adding, and then you're just taking it away from the insulation, which you don't need anymore, in fact you want more airflow in the warmer weather to get the compost really heated up," said Gary Feinland, NY DEC environmental program specialist.

If your compost does freeze, Feinland says not to worry, just adjust it in the spring.

"It's just going to keep collecting and collecting because it's not going to degrade, but you probably have enough room in your bin to handle it," Feinland said. "The downside is that in the spring when it thaws it's going to smell. But if you just add a bunch of leaves to it at that time and mix it up, it won't be bad."

Credit: Terry Belke
Straw bales make great insulation, and can be added to the compost in the Spring.

Another difference in the winter is the ratio of brown to green matter.

"At least a two to one ratio by volume, I would even do three, so if you're adding a bucketful of food scraps, add two or three bucket fulls of whatever browns you choose, leaves or straw, or wood chips," Feinland said.

Once you've got your mixture down, you can just leave the heap alone.

"I don't recommend turning it in the winter, what's happening, unless it's a really warm day, because it's just going to bring all of that cold, cold air into the pile that you've worked hard to insulate," Feinland said.

Credit: Terry Belke
The ratio of brown to green matter is important in the Winter.

Be diligent and you'll not only have great compost to add to your garden in the spring, but Feinland says that you'll be helping the environment as well.

"These food scraps that we have, the most common place for them to go is a landfill, and in a landfill it produces methane, which is a greenhouse gas, so if we can avoid that, that's great, and composting is a wonderful way to avoid that "

Credit: Terry Belke
Diligence in the winter will lead to abundance in harvest season.