2 the Outdoors: Bat population in peril across North America

The irritation from a fungus causes bats to awaken early from their hibernation, which causes them to use up the fat reserves they need to survive. 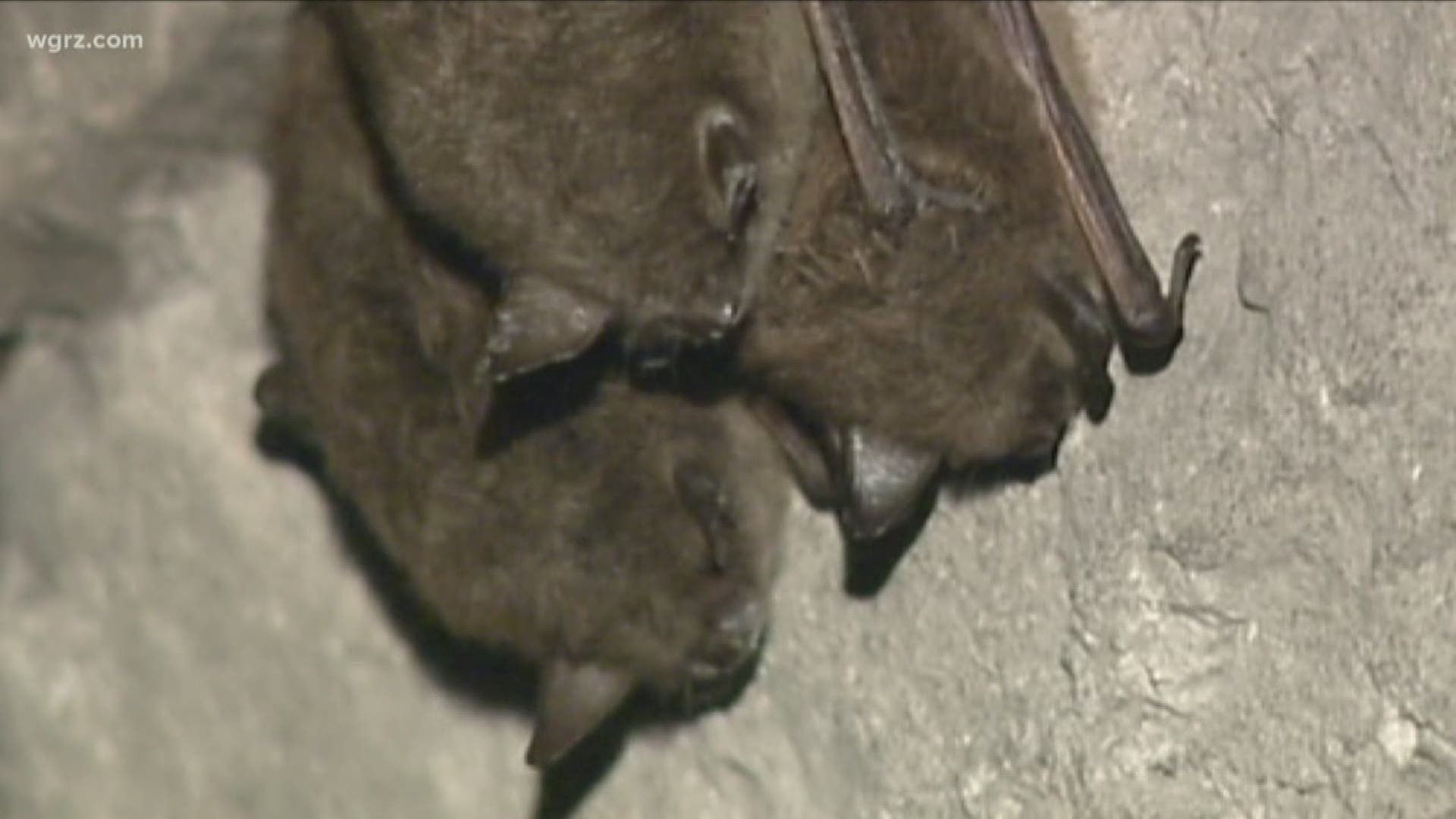 BUFFALO, N.Y. — For many animals, winter time means hibernation, a means to survive when food is scarce and the weather makes life impossible. For bat populations across North America, hibernation now means death, as cave-dwelling bats are being decimated by an invasive fungus, causing what is commonly called white-nose syndrome.

"It's a fungus that grows on their skin in the cold and damp temperatures, the cold and damp conditions that are necessary for hibernation for the bats," said Carl Herzog, a New York State Department of Environmental Conservation wildlife biologist.

"They think that the spores were accidentally taken to North America, brought into the cave system, and then they're affecting our bats way more than it affects the bats over there," said Karen Slote, wildlife vet and bat rehabilitator. "So it's really decimating the populations here."

"Every time they wake up, they're using up that energy, so they're not going to have enough energy to make it to spring when there's food again," Slote said. "So these bats will just starve to death."

White-nose syndrome is both efficient and fast. Herzog said three species of New York bats — the tri colored, the northern long eared, and the little brown bat — have suffered near extinction level losses.

"All of the major declines really occurred within two or three years of the arrival of the disease, so for those species, we're talking about losses between 90 and up to perhaps, 99 percent decline," Herzog said.

The disease has spread outward  from New York into the rest of the country and into Canada.

"It's confirmed in 33 states," Slote said. "They suspect it's in five additional states, and it's in seven Canadian provinces too, so it's really just spread like wildfire."

Wildlife biologists have been feverishly trying to find a solution, and there is evidence that some bat species are developing genetic adaptations to help combat the disease.

But even this may be a case of too little, too late.

"Mostly at this point, it's probably going to be up the bats to adapt and respond, and hopefully that will be the case," Herzog said.

RELATED: 2 the Outdoors: Saving a species