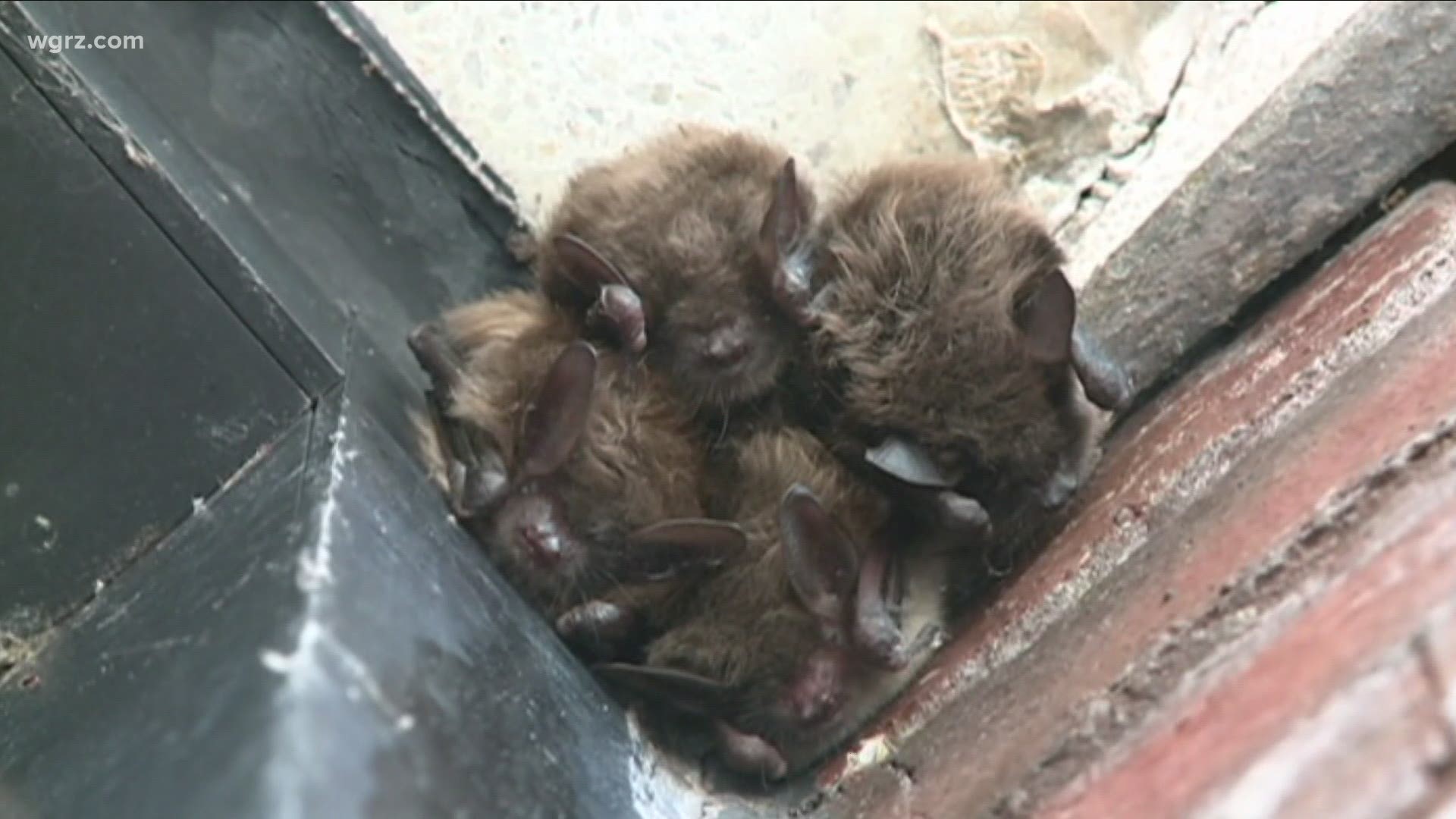 BUFFALO, N.Y. — White-nose syndrome is a disease caused by a fungus and has devastated bat populations across North America. First discovered in 2006 in Howe Caverns in Central New York, like a juggernaut, the disease has spread very rapidly through 35 states and Canada.

In less than two decades it has wreaked unimaginable damage to several species.

"The northern long-eared bat was actually put on the endangered species list," said Karen Slote, a wildlife vet and rehabilitator. "Their populations in all of Northeast have declined by 99 percent, and the tricolored bat 98 percent they estimate in New York State. And our little brown bats, they used to be the most numerous bat in the whole North America, and after white-nose their populations are down 90 percent also."

White-nose syndrome affects the wings and skin of cave dwelling bats, and disturbs their hibernation state, also known as torpor.

"Every time those bats are woken or aroused from torpor, they're using massive amounts of their energy stores, so as they're woken up, time and time again their energy is depleted and they can't survive," said Amanda Gabryszak, a licensed wildlife rehabilitator.

But there is a slight glimmer of hope for the future of bats. Slote says that they seem to be developing a resistance to the disease.

"What they think is happening is these bats are hibernating a little bit differently than the bats that didn't make it," Slote said. "They're able to wake up less frequently, therefore burning less fat supplies. So these bats can make it through to the spring without using all their energy."

Human life is adversely affected by the loss of bats. They are important to insect control.

"You've got bats that are taking care of the insects that potentially would overwhelm the environment," Gabryszak said.

Credit: Terry Belke
A colony of Little Brown Bats can consume 42 lbs. of insects in a season.

Humans were the likely cause of the spread of this disease, hikers spreading it from cave to cave. So maybe we can assist in their recovery by doing a few simple things to help their dwindling numbers.

Gabryszak believes part of the solution lies with humans.

"It's largely our responsibility for bringing it here, so I think it's really important for us to take a step back and for we as humans to check ourselves," Gabryszak said.