2 the Outdoors: A forever home at Hope Before Heaven

The sanctuary provides hope for both humans and dogs. 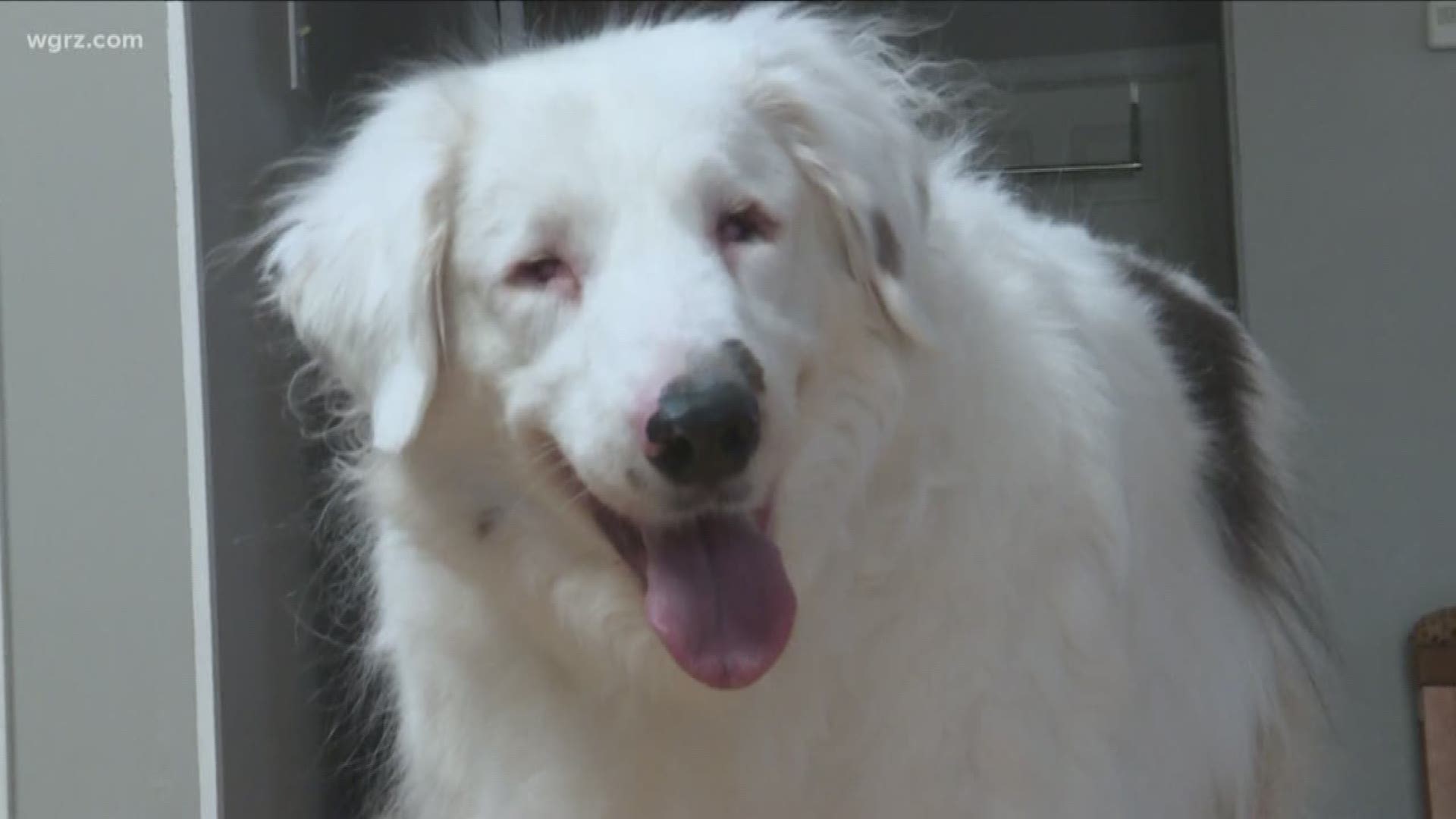 BUFFALO, N.Y. — Compassion is an emotion often missing in our world, but there's no lack of it at this Southern Tier sanctuary.

"We cover all eight counties of Western New York, and if someone is facing a life and death situation, they can give us a call, we try and help them out," explains Linda Hepler. "There's time when we can't afford an entire bill, but we also work with a lot of doctors, hospitals on reduced fees, and we'll do whatever we can to get your dog or cat well."

The second helping hand is Home Until Heaven, a sanctuary that provides a forever home to some truly worthy dogs.

"Home 'till Heaven is a special needs sanctuary, we're unique to Western New York, where we take in only totally blind and totally deaf dogs," she said. "Typically we take in Australian Shepherds because that's the highest breed that has the disabilities, but we won't turn one down."

Credit: Terry Belke
Shadow is one of the sanctuary's two sighted guide dogs.

Some Australian Shepherds are born with the Merle gene, a defect that causes blindness, deafness or both. Merle dogs bred together increase the chances of these defects. In the case of three of the dogs at the sanctuary, that was exploited for purely evil reasons.

"They were left on a ranch with 14 other dogs for 45 days, no food, no water, no shelter," Hepler said. "The dogs were being bred purposely to be blind and deaf, and they were being used as what they call 'blood dogs,' to train pit bulls. Once the babies were weaned they were sold and, needless to say, didn't survive. "

Another dog, a big lovable Golden Retriever-Great Pyrenees mix named Murphy, was not bred to be blind but was brutalized instead.

But from the utter darkness of their early lives now comes light. For these and others, their new home is forever, they'll live out their lives in the loving arms of the Heplers and the volunteers that help run the sanctuary.

To look at them now, one could never tell that they once dwelled in the depths of despair.

"They don't know the difference, they were born that way, their worlds have always been dark and silent, it's normal to them," Hepler said. "There's no reason because they're blind and deaf that they shouldn't live and be loved. They know what a hug is, they know what a kiss is, and they return them tenfold "

Credit: Terry Belke
All of the dogs at the sanctuary have found their forever home.

Hope Before Heaven has provided so much to the Western New York community, both human and animal, and that love can be returned next Sunday April 7 at their annual fundraiser. For more information,we'll provide a link to their website here.