Four years after his death, former Sabres defenseman Steve Montador's family continues calls for change in the way hockey is played in his memory. 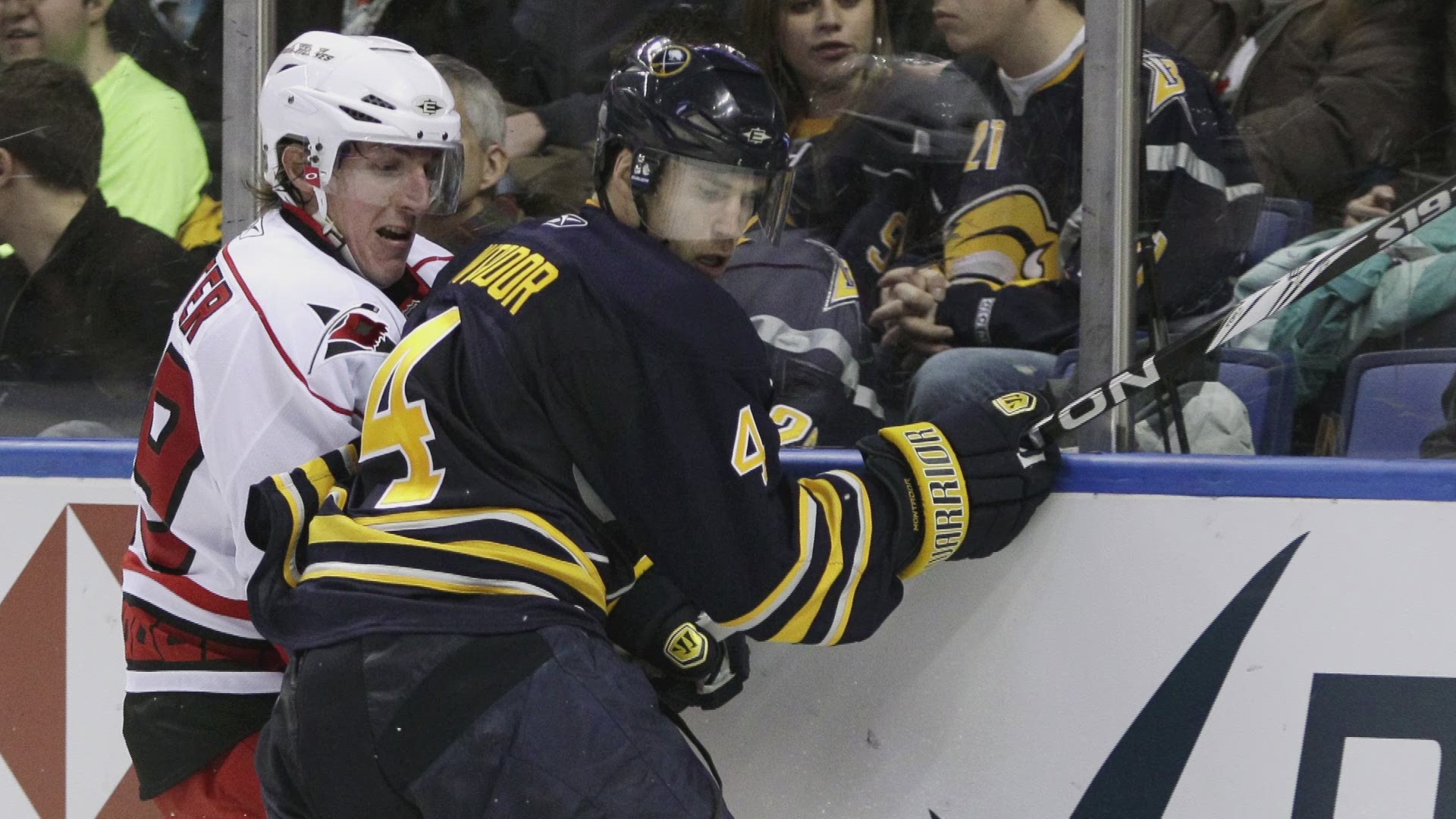 Former Sabres defenseman Steve Montador, a veteran of 10 NHL seasons, two of them in Buffalo, had died in his Mississauga home at the age of 35.

After his passing, he was diagnosed with CTE, a neurodegenerative brain disease linked to repeated head trauma.

“Over time as concussions impacted him, he had significant memory loss and he had mental health issues. He was depressed. Perhaps the worst part for his friends and his family is that he knew he was getting worse.”

Steve Montador had filed a lawsuit against the NHL before he passed. His father continues that in his name today.

It could be heard in the not too distant future, once settlement talks resolve between the NHL and a group of former players that failed to achieve class action status in their original lawsuit. There is a tentative $19 million settlement in that case, far less than the billion dollar settlement the NFL reached with former players.

The NHL and Commissioner Gary Bettman will not acknowledge a link between concussions and CTE.

“I think it is fairly clear that playing hockey is not the same as playing football. … Until you fully understand what exactly causes CTE, it’s speculation as to one or two elements that are in common.”

Debate rages on both sides of the issue.

Many of the findings come from a Boston University study where researchers studied brains of former NFL players and found 99 percent had developed CTE.

Over the past three years, a study at the University at Buffalo has called those results into question.

Dr. John Leddy co-authored a study of 21 former Bills and Sabres matched against a control group of athletes who didn’t take part in contact sports.

“When we tested them formally and compared them to control athletes, we found no significant evidence of cognitive differences. Clearly this is not a phenomenon that you’re inevitably going to get. CTE is real. It happens to some players. The problem we have right now is that based on our current science, we don’t know who is at risk for it.”

Leddy says from a scientific perspective, Bettman and the NHL are correct in their stance.

The NHL has taken steps to punish hits to the head, and to enhance the league’s concussion protocol, but Paul Montador says more needs to be done.

“Let’s get rid of hits to the head. If you do that you’re still going to have concussions, but you’ll get rid of the preventable ones. I think that’s a sensible approach to it. So … are they doing enough? Clearly not.”

As for what he wants for Steve Montador’s legacy?

“Steve was keenly interested in improving the game of hockey if he could by eliminating head shots. He loved kids. He had a son that was born four days after his death. … He’d want his son to grow up healthy and to not have to suffer concussions through sport ... and live a healthy life.”