Two more Western New Yorkers have touched down in Tokyo and are only a few days away from competing. 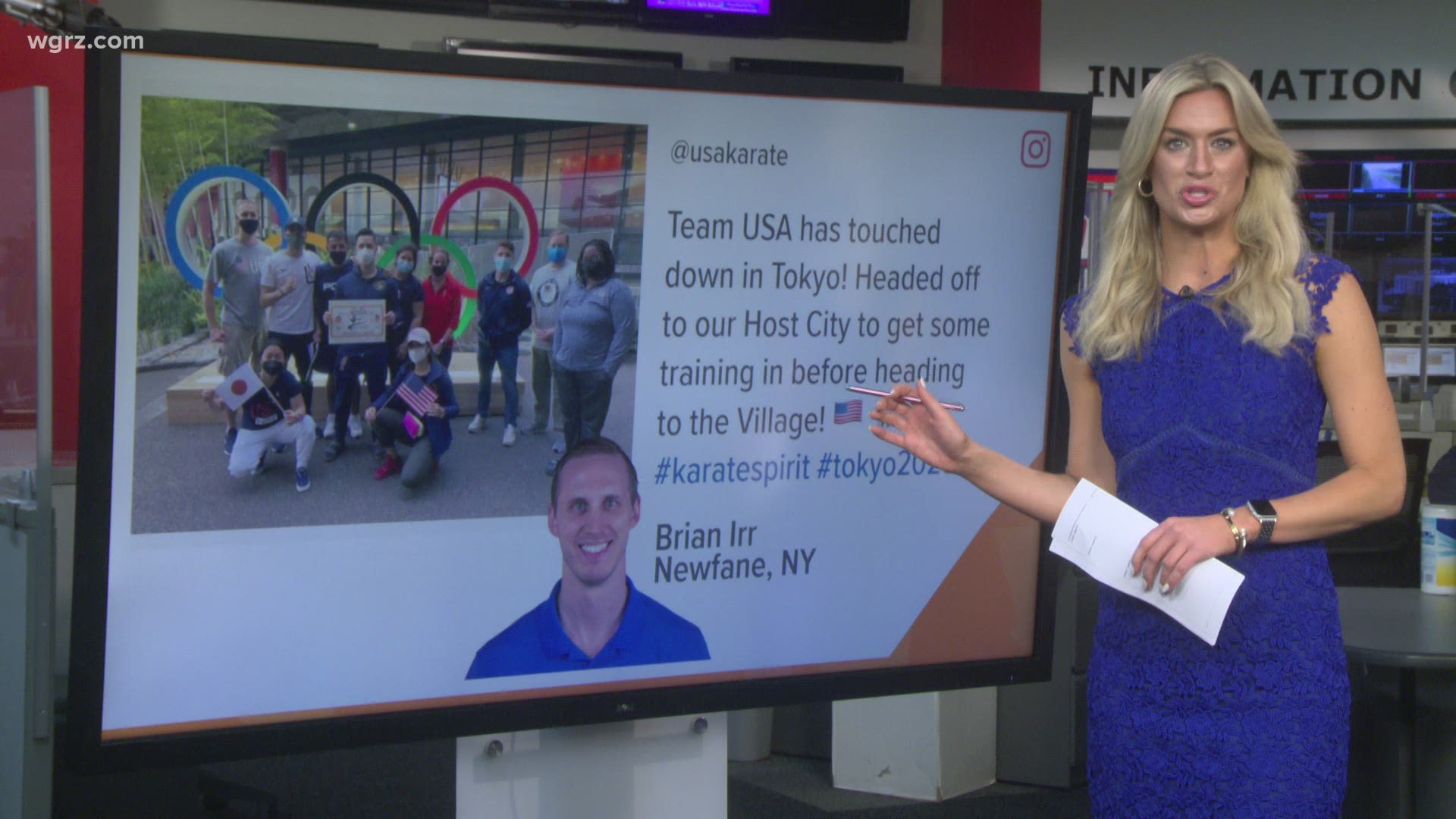 TOKYO, Japan — Two more Western New Yorkers have arrived at the Tokyo Olympics, as the ones who are already on the ground are advancing in their competitions.

Jessie Pegula lost her singles match over the weekend, but she is still competing in the doubles competition with partner Bethanie Mattek-Sands. Pegula and Mattek-Sands took on Fiona Ferro and Alizé Cornet from France Monday night, after the match was delayed due to the tropical storm weather hitting Japan.

Pegula is another step closer to bringing home a medal. The pair beat France in straight sets, 6-1 and 6-4.

From the tennis court to the volleyball court; team USA men's volleyball is looking for another win.

As of Monday, the men's volleyball team has one win and one loss under their belts. West Seneca's Matt Anderson was the team's co-leader in their last game against Russia, with 14 points.

They will play Tunisia Tuesday evening at 10 p.m.

Another pair of Western New Yorkers are only a few days away from making their debut in Tokyo. USA Karate posted on Instagram Tuesday morning that the team had landed, and is headed off to their host city of Koga to do some training before heading to the village.

You can see Newfane native Brian Irr all the way to the end. His first day of competition is on August 7, the last day of the games.

Also now in Tokyo, artistic swimmer Anita Alvarez. Alvarez posted a photo on Instagram of her and her teammate Lindi Schroeder on their first day in the Olympic village. She also posted a picture of the daily COVID tests all the athletes have to take.

Alvarez is set to compete in the Olympics on August 2.