With exactly 365 days until the scheduled start of the postponed Olympic Games, we checked in with some WNY Olympic hopefuls 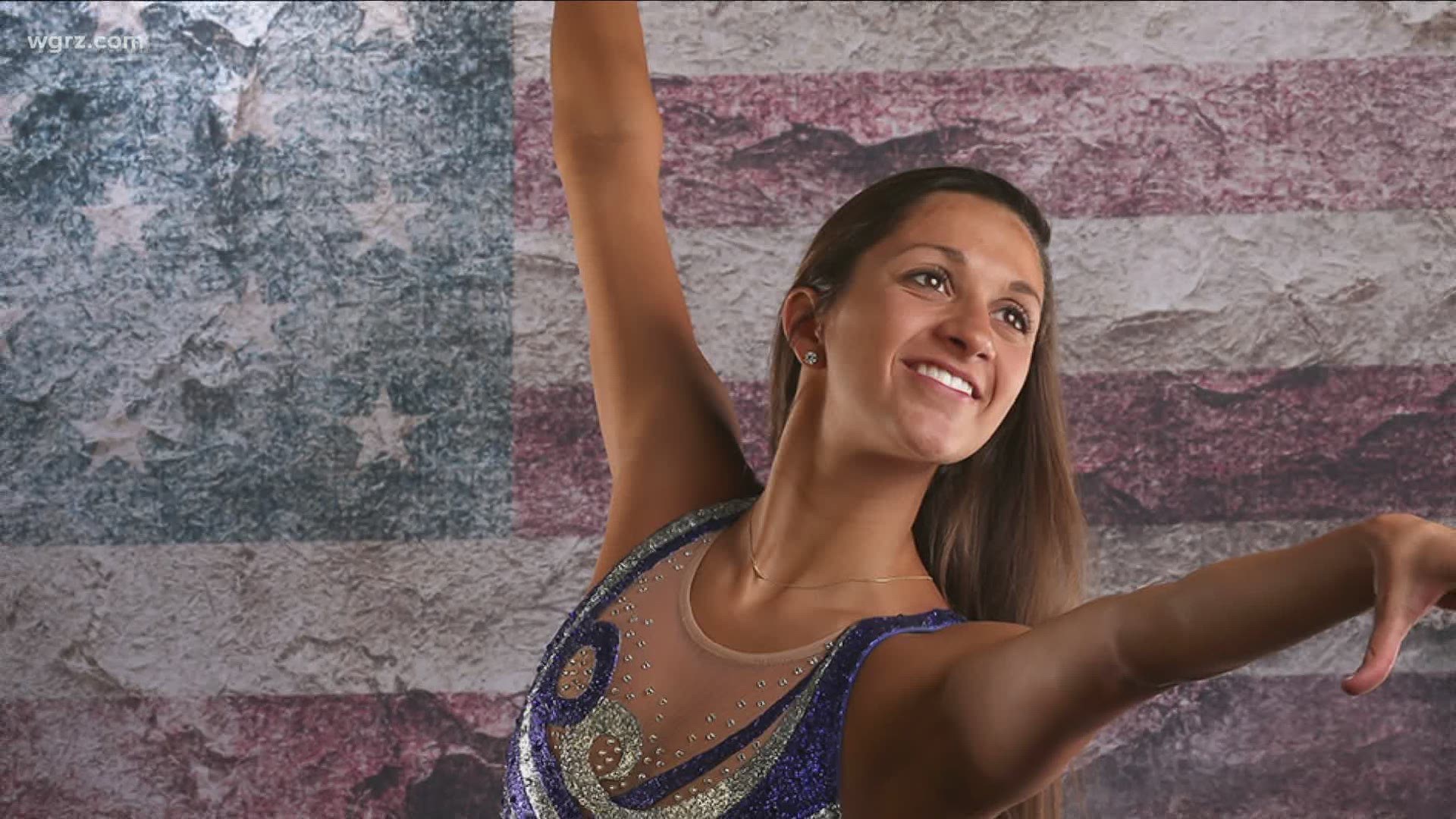 When the Tokyo Olympics were postponed because of the COVID-19 pandemic, athletes all around the globe had to figure out how to modify their training regiments so they wouldn't burn out by the time the Games rolled around.

Now, with exactly one year until the Olympics are scheduled to begin, some Western New York athletes are speaking about how the pandemic has impacted their training and plans for Tokyo.

Tonawanda's Anita Alvarez, a synchronized swimmer, is gearing up for her second Olympic games. She competed in Rio back in 2016, finishing ninth in pairs. She was 19 then, and will be 24 when the Tokyo games roll around, making her one of the veterans.

Alvarez said that they have been training all along, outside of the pool, with masks on and remaining socially distant.

She adds that while she was really excited to compete this summer, the extra year may actually be a blessing in disguise for the young team.

“For me personally I'm learning a lot and still improving every day so that's exciting because you know I can only be that much better with a whole extra a year and then the same goes for our team,” Alvarez said.  “We're a young team as it goes and judges and coaches say you know we're going in the right direction to improve our country's rank, but we just need more time and more time to train together and more experience on the world international stage and everything. So I think really this extra a year, there's nothing, there's not really any negatives to it for us ."

Volleyball player Matt Anderson is a West Seneca Native who has played for Team USA in the last two Summer Olympics. 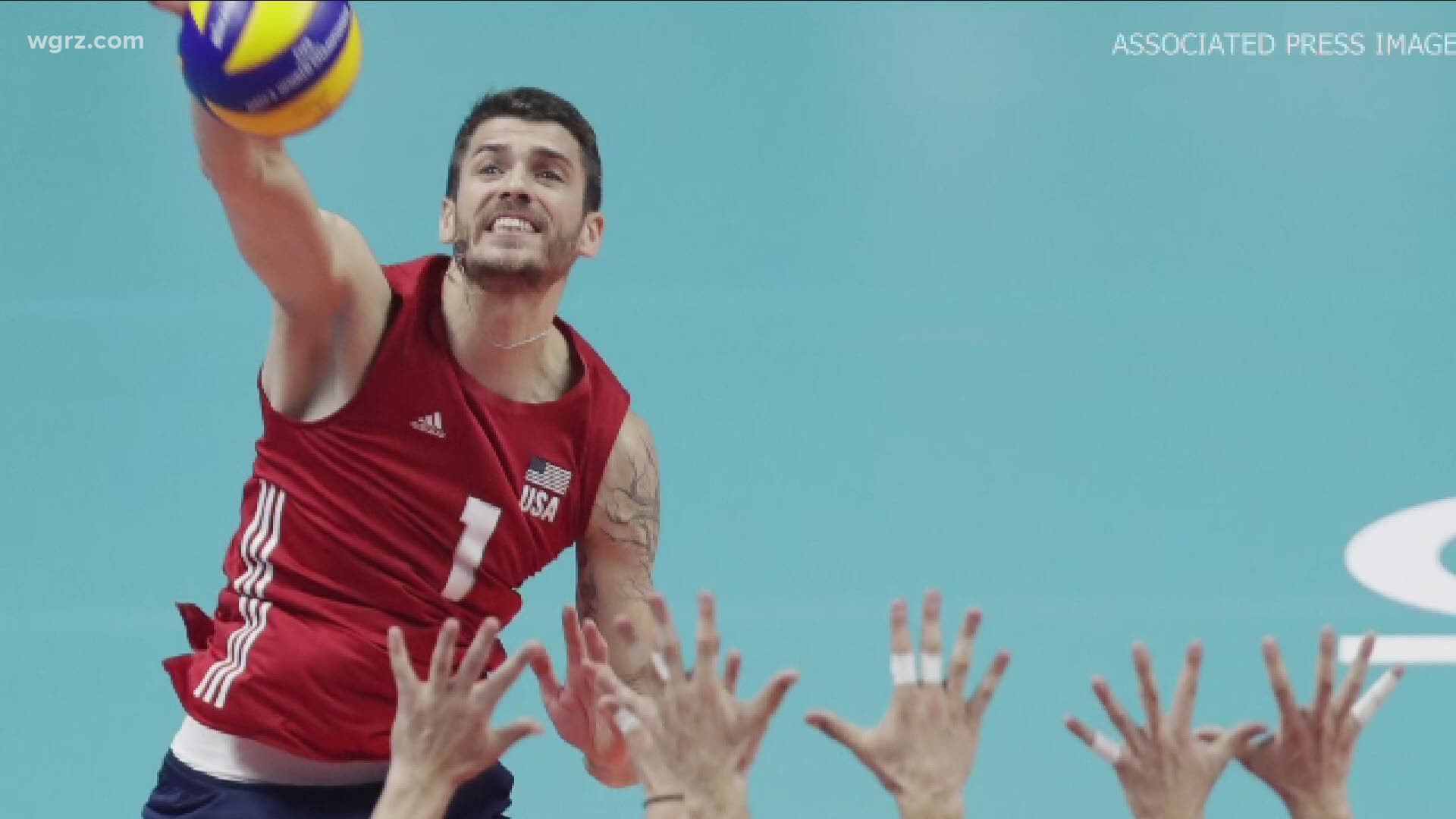 Even though he says it was the right call to postpone the games, that doesn't mean he isn't missing it right now. The 33 -year-old has been away from the court since his pro season in Italy was cut short back in March.

He's been training in the Indianapolis area, which is home base for him, his fiance Jacquelyn, and their baby son Jamie. He admits it's tough to stay motivated sometimes being so far removed from his normal routine.

“There's days where I just like give up. Like no, I'm not doing it today, or I'll double up tomorrow kind of thing,” Anderson said. “But also there's a lot of people that rely on me right now. I have a son now, he's 5 and a half months old. It's pretty amazing to know that his well being kind of relies on me."

Matt and Jacquelyn will get married in August, so there's plenty of wedding planning on his plate right now too.

From there, their plan is to move to Shanghai in the fall, where Matt will join a new pro team in a Chinese league. He’s hopeful that the season will happen as scheduled and says he will be ready to play in Tokyo in 2021.

Three-time Olympian pole vaulter Jenn Schur, a Fredonia native, was training in Texas when the coronavirus hit the US. She's since made her way back to WNY. She said when she's not training, she spends her time on various household projects she's never had time to finish.

Schur said though the postponement of the Games was disappointing to many, it was the right call to make.

"When I found out that the Games were postponed it was a bit of relief.  There were/are bigger issues going on in the World than the Olympic Games at the moment," Schur said in a statement. "I felt that postponing was the best option. It is very hard to prioritize athletics over the health and safety of friends, family and myself." 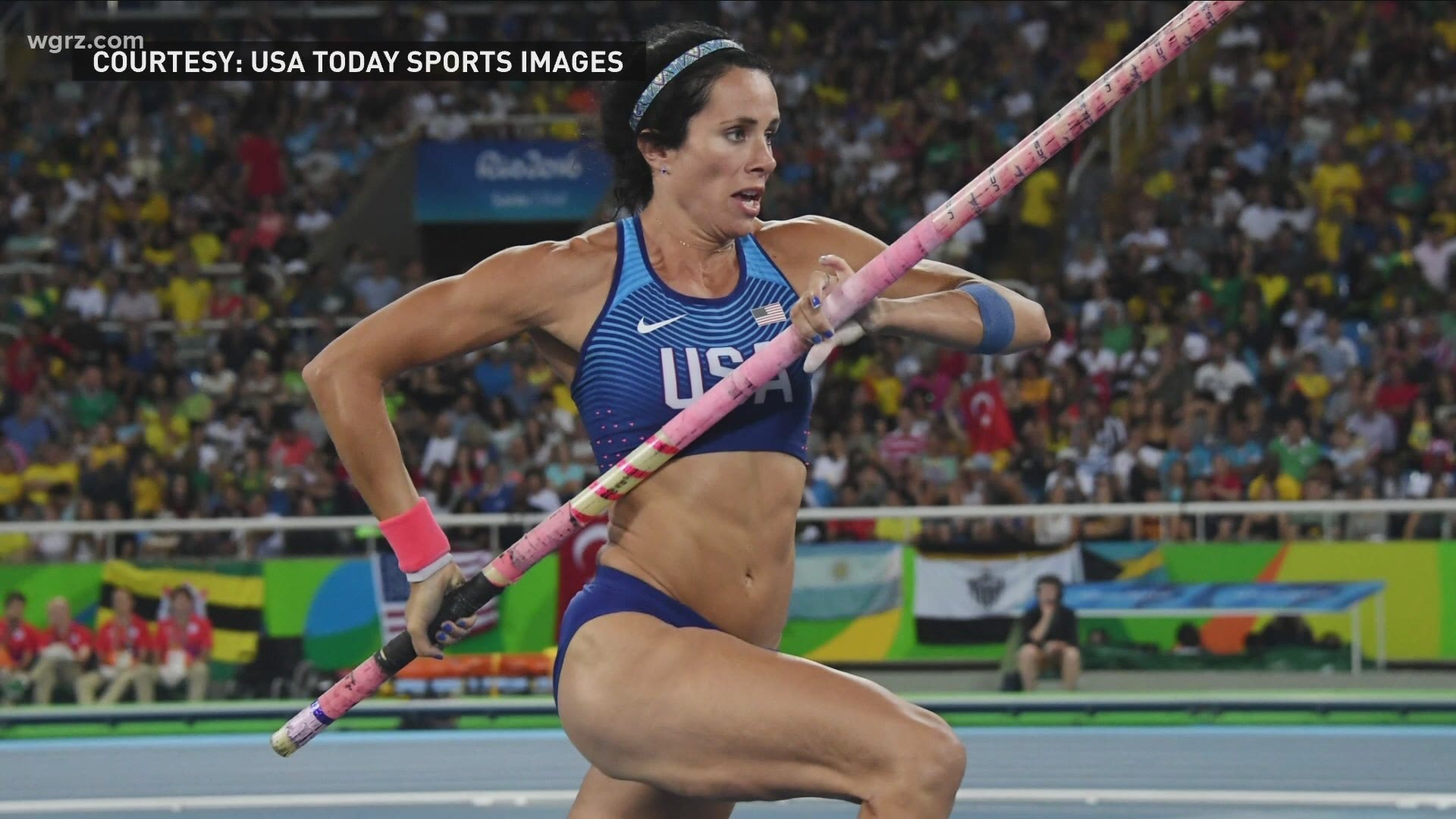 One of the new  local Olympic hopefuls is Brian Irr, he's expected to be on the US Karate team.

He grew up in Newfane-- and competed out of Lockport, but he currently trains in Texas. Irr said he was in Austria at an international competition when countries in Europe started closing their borders.

He says he was optimistic at first but, quickly realized competition would probably not be an option. Now he said he's just focusing on making it to Tokyo.

“So we're still working,  still doing the training,” Irr said. “Still working toward the same end-goal which is now Tokyo 2021. But just peaking I guess the training process so obviously peaking one year later changes the intensity and the duration of training along the way. “

Irr has already brought home gold in the 2019 Pan-Am games. He usually kicks off his morning with two training sessions and says his focus is currently on endurance and strength.

Rower Emily Regan, who already has an gold medal from the Rio Olympics, tested positive for COVID-19 antibodies after being sick for weeks, including a few days of really bad symptoms.

Click here to learn more about how Regan's been forced to train differently after losing time to COVID-19.

RELATED: 2020 Olympics medals are made entirely from recycled electronics