Now that Dallas went down, this Bills fan is back

Marc Miller became famous before the Bills' Super Bowl in 1993. After the Bills dominated the Cowboys on Thanksgiving, he's made a resurgence. 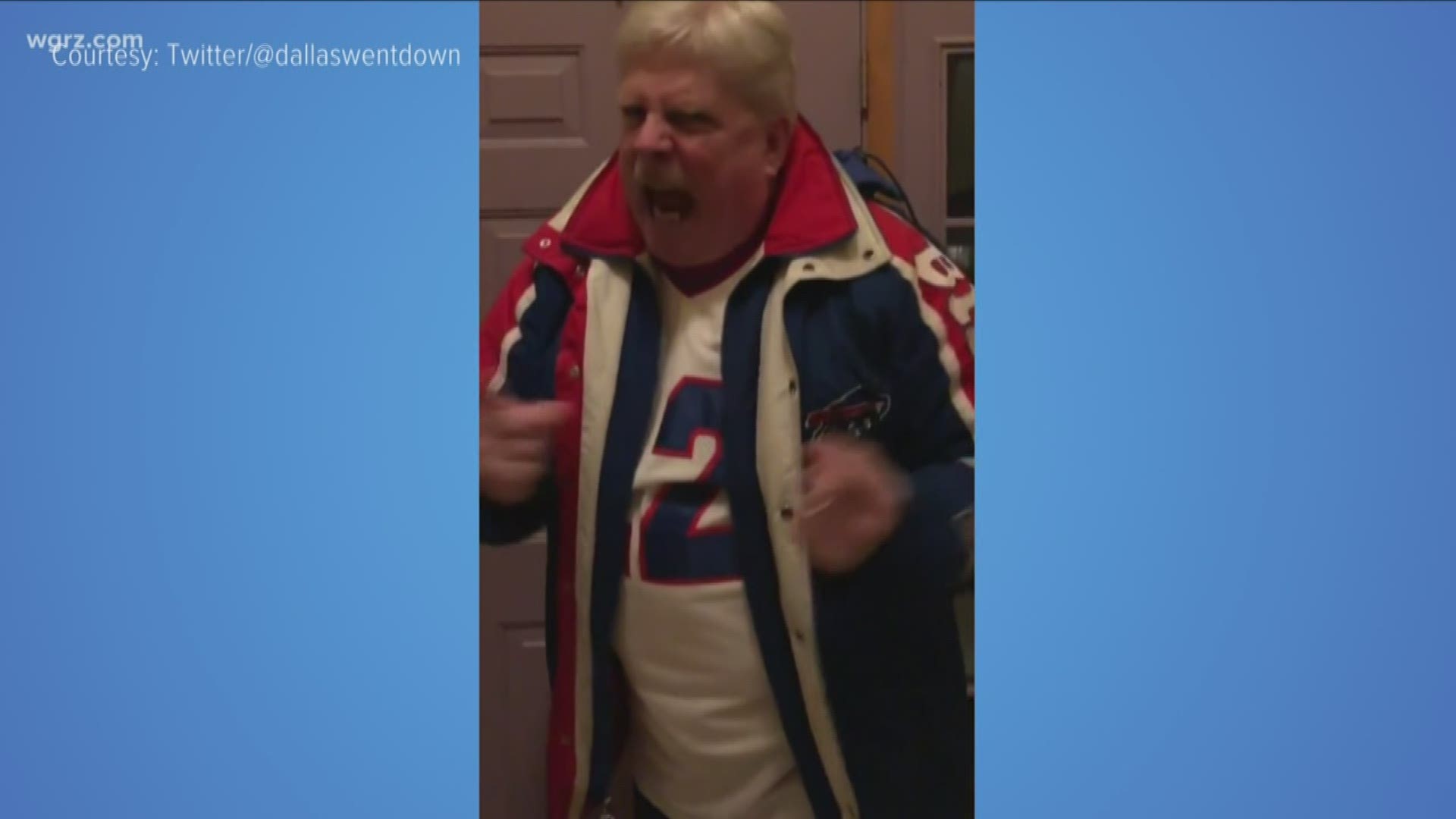 BUFFALO, N.Y. — We all know the Bills lost four straight Super Bowls back in the 1990s, but even with all the heartbreak, one Buffalo fan became a timeless treasure thanks to his passion for his team.

In an interview with Channel 2 back in 1993, Marc Miller exclaimed with all his might

"Dallas is going down, Gary."

Well, Dallas didn't go down in that Super Bowl. But last week, Dallas finally did fall to the Bills, prompting Miller's return to the spotlight.

Miller seemed to make his Twitter account for the sole purpose of bringing that energy and telling Gary that Dallas finally went down.

Bills fans and sports personalities alike loved seeing Miller again, as you could tell by their replies and memes created.

RELATED: Report: Flutie Flakes to return after 20 years this weekend