Skinner talks about re-signing with Sabres for 8 years, $72M

The 40-goal-scorer was at the KeyBank Center on Tuesday to speak for the first time since signing his new contract. 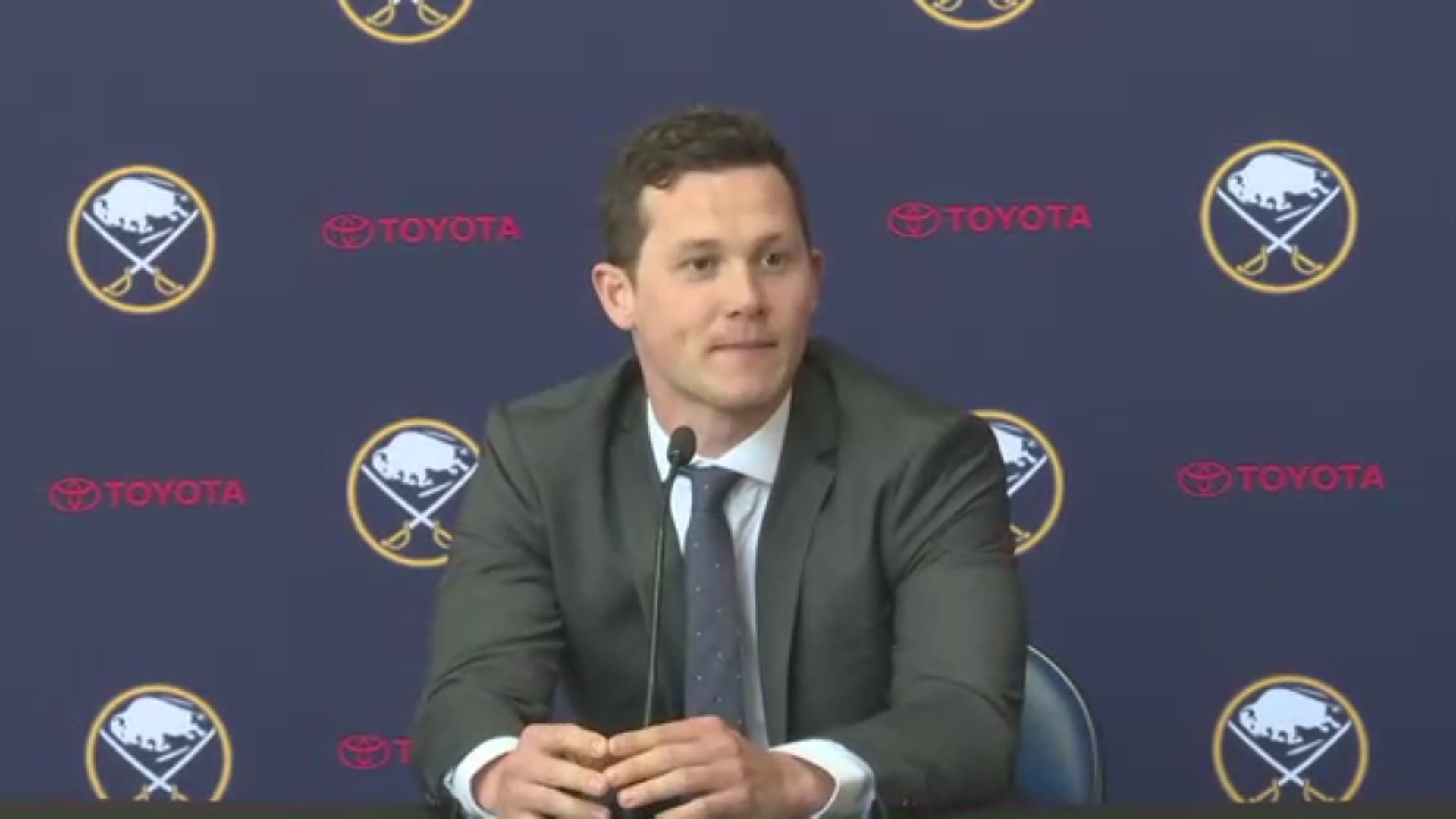 BUFFALO, N.Y. — It was late last Friday night when the Buffalo Sabres announced the re-signing of winger Jeff Skinner.

The 40-goal-scorer was at the KeyBank Center on Tuesday to speak for the first time since singing that big eight-year contract worth an average of $9 million a year.

He talked about the decision to re-sign with Buffalo as opposed to hitting the open market as a free agent at the start of July.

"When you look at the overall picture, I had a great experience with my teammates, with everything," he said. "With the fans, with the community, with everyone in the organization. I obviously didn't feel the need to get to that point because I like it here."

Krueger: We need to get the grit and the bite into the group on the ice.