The former captains all discussed their days with the Sabres ahead of the team's home victory. 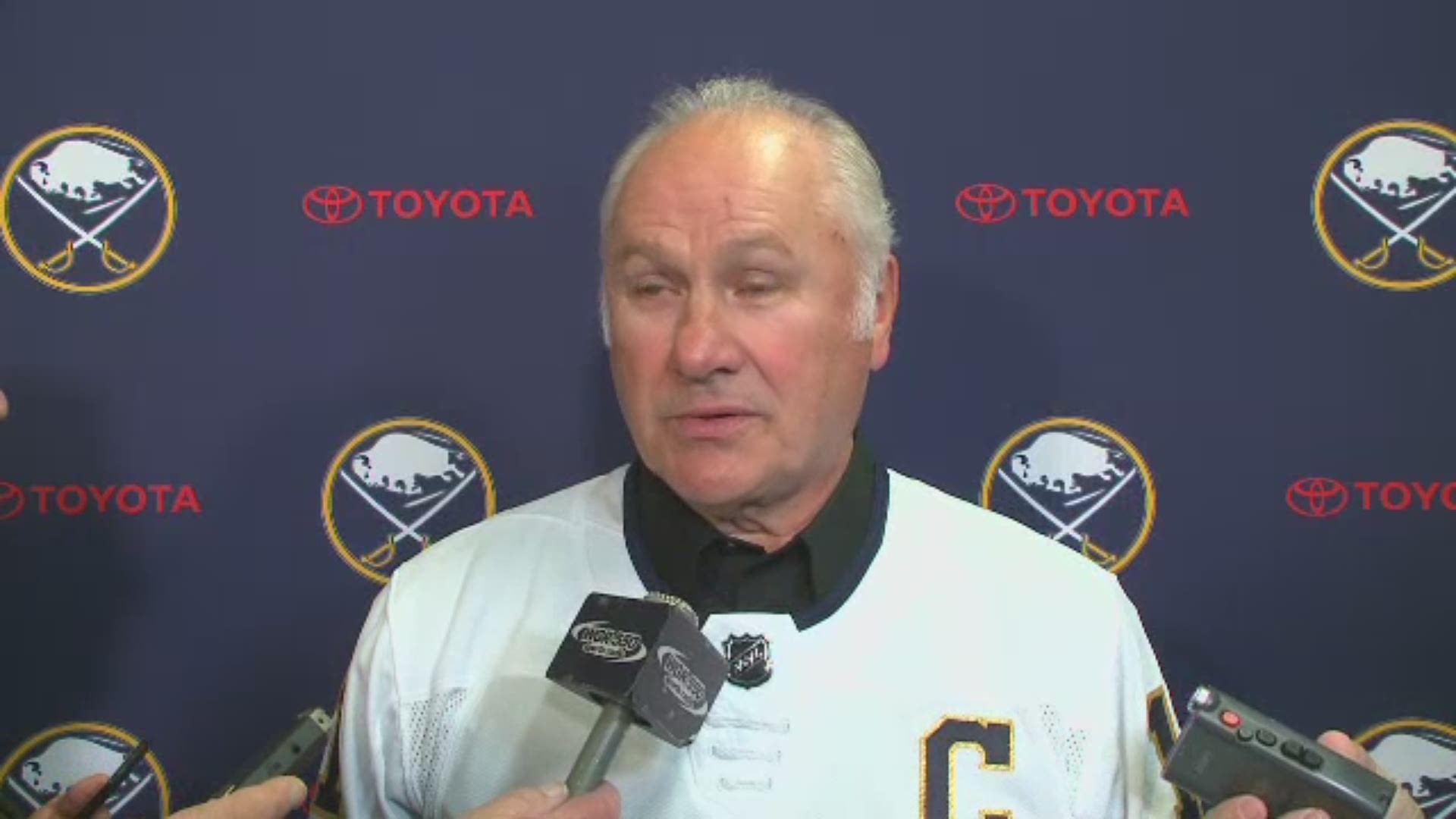 BUFFALO, N.Y. — It was night of celebration for the Buffalo Sabres Saturday. The team  celebrating its "Golden Season", the fifty year anniversary of the franchise.

On opening night the way they celebrated was by bringing back former team captains. There were 15 of them in attendance at the game to watch their former team whip the New Jersey Devils, 7-2.

Current captain Jack Eichel helped the celebration by adding a goal and an assist on the night.