Sabres' GM Jason Botterill: "It can't just be about words"

In his season ending press conference, Jason Botterill expressed his anger with this season and said change is coming. 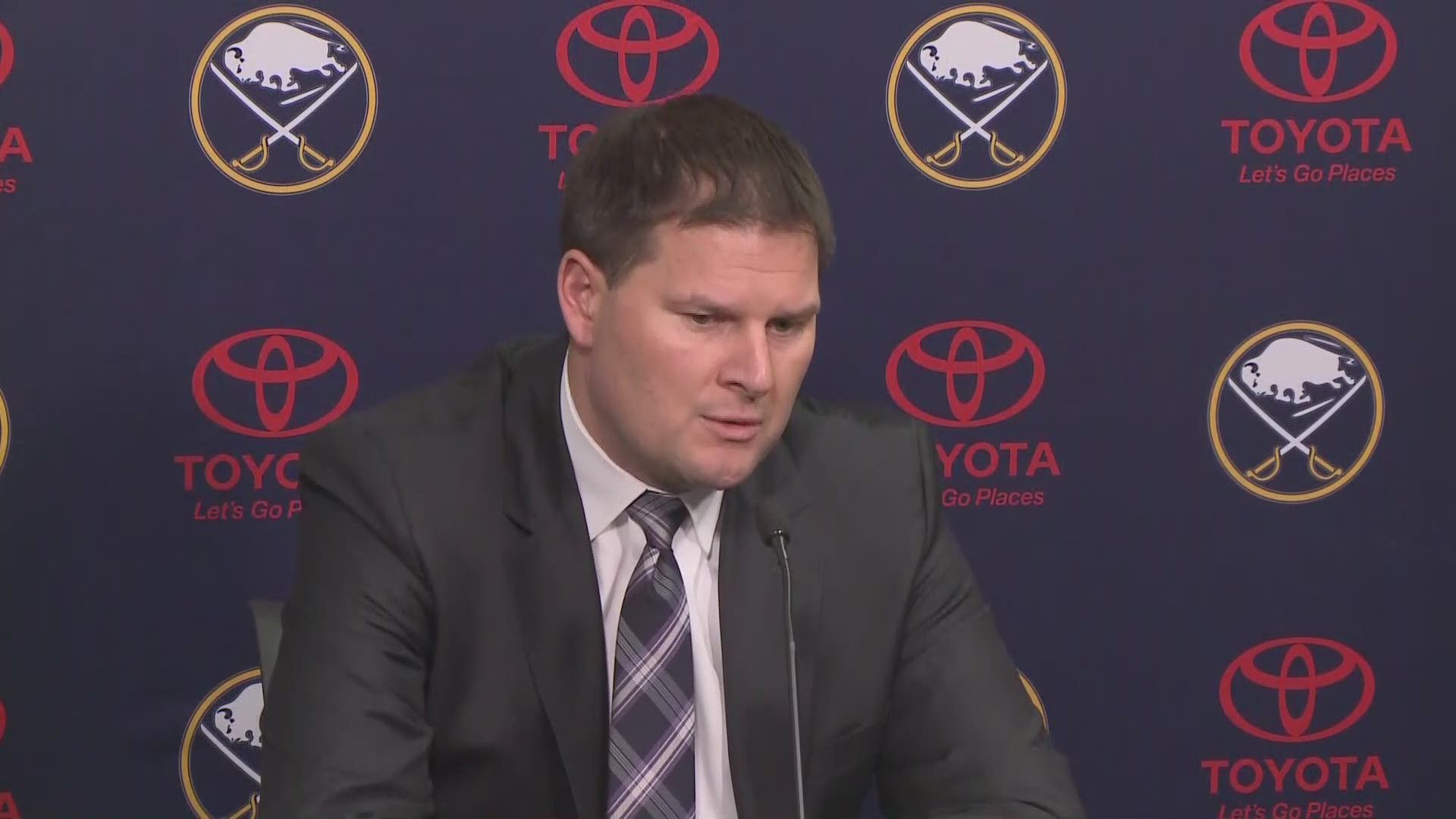 BUFFALO, NY - It's obvious Sabres' General Manager, Jason Botterill has had enough. He is not used to losing and this season went from first to worst after winning the Stanley Cup with the Penguins last year to now finishing 31st in the NHL.

Jason Botterill: "When I talked to players I don't want to hear about how disappointed they are I want to hear what's going to change." @WGRZ

Botterill expressed his anger and frustration with how this year went at his season ending press conference on Wednesday.

"I don't blame him. I've been here for one year and I was pretty pissed off and upset throughout the year," Botterill said.

Among the many topics discussed, Botterill said change is coming and they will look at and evaluate everything including changing their core players.

"It can't about words, we have to have better results," Botterill explained.