Many fans have expressed their frustration with the team on social media. But now some are taking it a step further and putting those words into action. 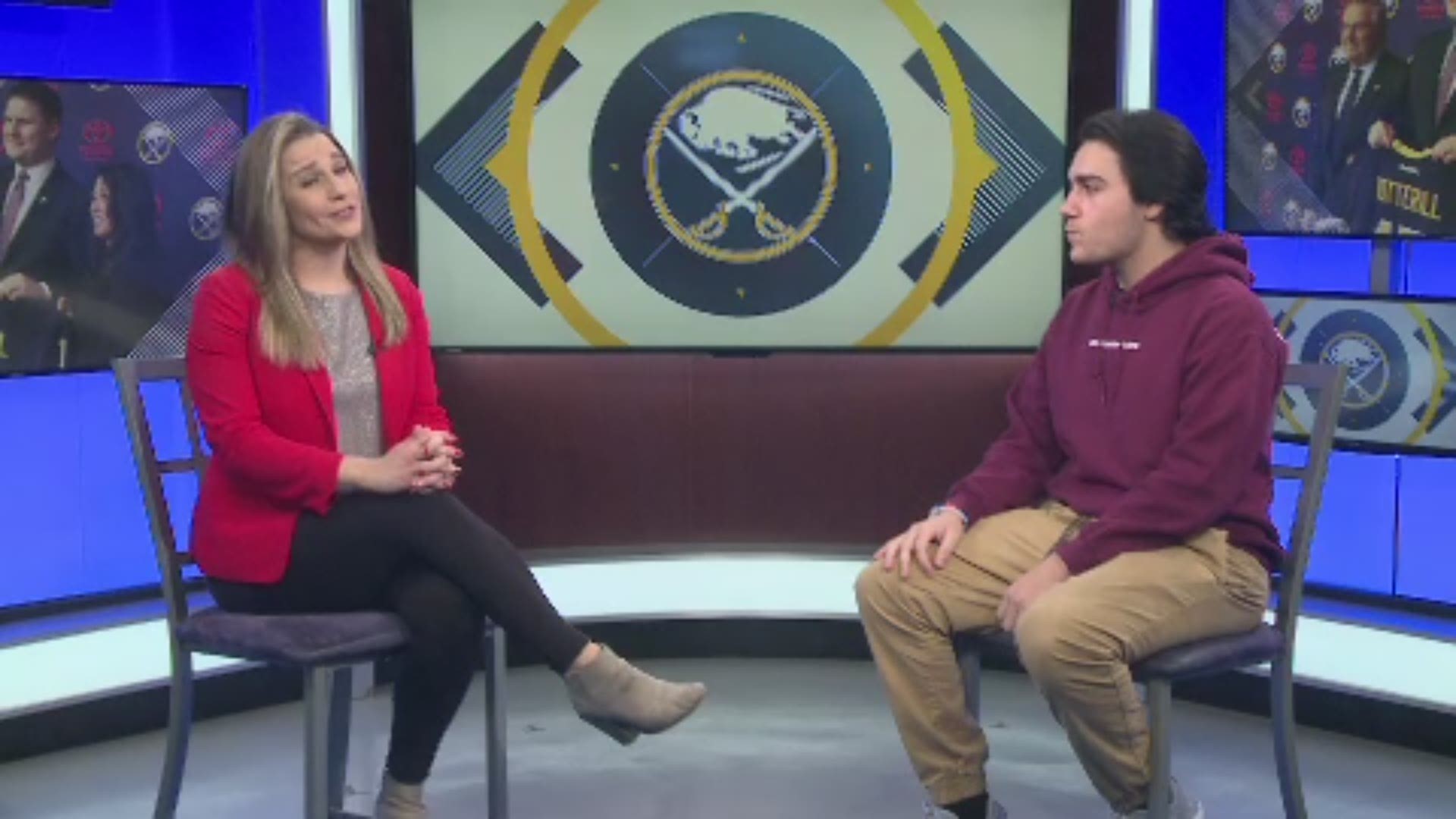 BUFFALO, N.Y. — Once again it looks like Sabres fans will see another season end without the playoffs. If things stay the same, it will be nine straight seasons without making the postseason for the NHL's longest active playoff drought.

The latest loss came in a 4-3 shootout loss to the worst team in the league, the Detroit Red Wings.

During this stretch since the All-Star Break, fans have expressed their frustration with the team in many different ways, whether it was a viral rant on WGR Radio (Duane Steinel) or through songs (Melody Martin), and now some fans want to take it a step further.

Peter Tripi organized a peaceful protest Saturday morning outside of the arena in the hopes of getting their message across to owners Kim and Terry Pegula. The rally was called Pack the Plaza and started outside the arena.

The Pegulas have not spoken publicly at this point, but 2 On Your Side is working to get an interview.

After Thursday's loss to Detroit, Sabres coach Ralph Krueger acknowledged the frustration of the fans when 2 On Your Side's Stu Boyar asked him about hearing the boos inside the arena and seeing all the empty seats.

"They're not happy with what we're doing, but they're supporting us and they're giving me, personally, a lot of energy. So if they boo during a game when they're unhappy, that's their right. If we're not winning, that's their right. But I don't feel it in this city. They love the Sabres, and they're hungry for this to turn, and we are fighting and working hard to get the habits here to be a competitive team on a regular basis, and we will continue to fight and we will continue to work hard," Krueger said.