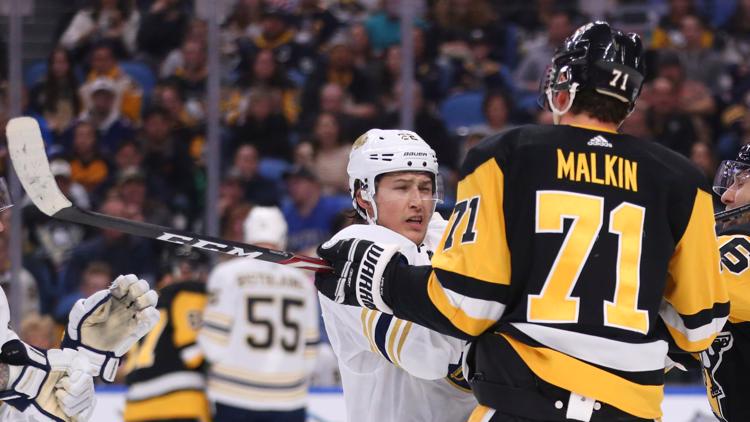 BUFFALO, N.Y. — Patric Hornqvist scored twice in leading the Pittsburgh Penguins to a 4-2 win that extended the Buffalo Sabres’ skid to five straight.

Sidney Crosby and Marcus Pettersson also scored and the Penguins won consecutive games after losing six in a row. Evgeni Malkin had two assists to follow a four-assist outing in a 7-3 win over Ottawa on Tuesday.

Sabres captain and leading scorer Jack Eichel was held without a point for a sixth-consecutive game to mark the longest drought of his five-year NHL career.