The five-goal margin of victory was the largest in Buffalo's home-opener. The seven goals were the most since a 9-5 win against Boston in 1974. 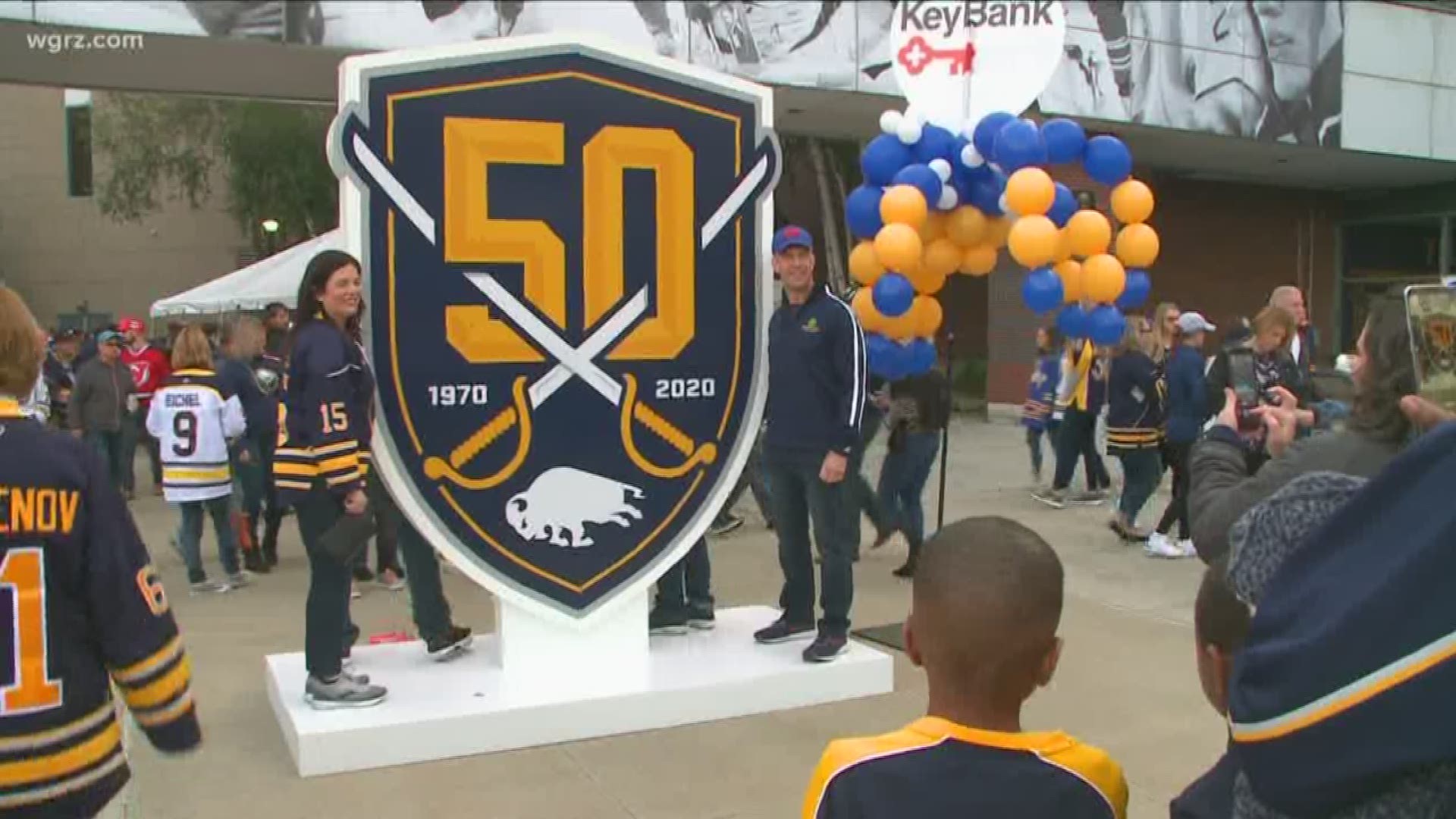 BUFFALO, N.Y. — Rookie Victor Olofsson scored twice and the Buffalo Sabres kicked off the home-opening portion of their 50th anniversary season with a 7-2 romp over the New Jersey Devils on Saturday night.

With former stars including Gilbert Perreault on hand, the Sabres had a sold-out house in a full-throated roar from the pregame ceremony, through a three-goal second period and once more when Sam Reinhart capped the rout with a breakaway goal with 3:44 remaining.

The Sabres, under new coach Ralph Krueger, built off the momentum of an efficient 3-1 season-opening win at Pittsburgh by getting off to their first 2-0 start since the 2012-13 lockout-shortened season.

The five-goal margin of victory was the largest in Buffalo's home-opener and the seven goals scored was the most since a 9-5 win over Boston in 1974.

The Devils came out flat a night after a monumental season-opening collapse in which they blew a 4-0 second-period lead in a 5-4 shootout loss to the Winnipeg Jets.

Olofsson opened the scoring 2:56 with a one-timer from the left circle, where he was set up by Eichel's pass through the slot.

Olofsson then played a major role in Eichel's goal scored with 2:34 left in the opening period. Off a faceoff to the right of the Devils net, Olofsson got his body on Devils defenseman Damon Severson, forcing his pass attempt to dribble to the side of the net.

Before Blackwood could get his glove down on the puck, Buffalo's Jeff Skinner poked it loose and into the crease, where Eichel swept it into the open side.

The Sabres looked nothing like the team that wilted at the first sign of adversity in its previous two seasons under coach Phil Housley.

Okposo regained Buffalo's two-goal edge by tipping in Rasmus Dahlin's shot from the right point 2:12 after Palmieri cut the lead to 2-1.

Reinhart had his shot from the right circle bank in off the crossbar 2:58 after Zajac scored to cut the lead to 5-2.

NOTES: The Sabres celebrated the home-opening of their 50th season with 15 former team captains present. They included the team's first captain, 84-year-old Floyd Smith, who dropped the puck during a ceremonial opening faceoff. ... The game featured a matchup of the past three players drafted first overall in Devils rookie Jack Hughes and Nico Hischier (2017) and Sabres second-year defenseman Rasmus Dahlin. ... Hischier registered his 100th career assist on Palmieri's goal. ... Devils G Cory Schneider served as the backup in being cleared to play after cramps led him to being unable to finish the game against Winnipeg.

Devils: At Philadelphia Flyers on Wednesday.