In my opinion, he likely isn’t ready for the NHL yet, but there’s a big problem about where he might play. 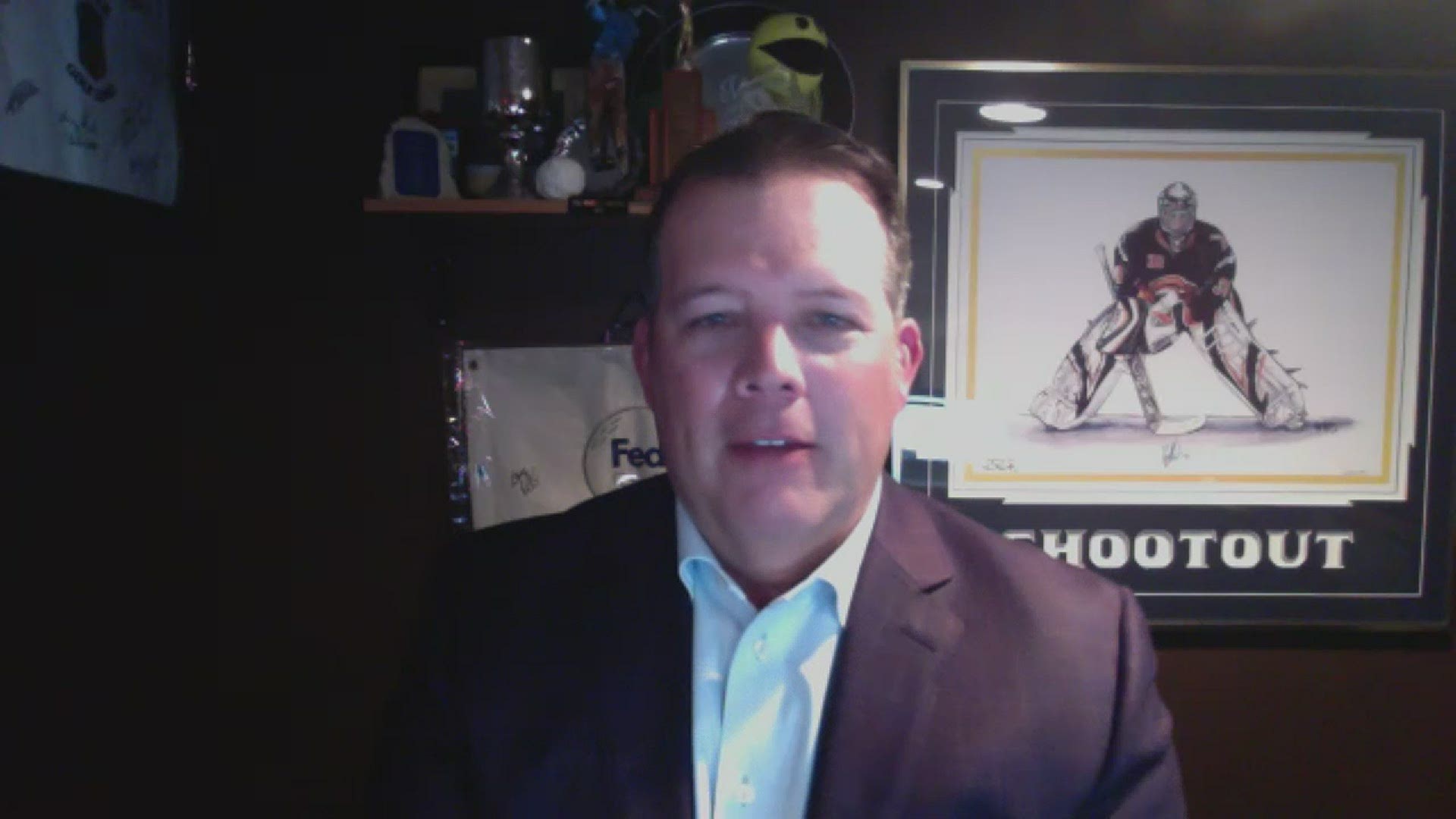 BUFFALO, N.Y. — Just because the Buffalo Sabres have 2020 No. 1 pick Jack Quinn under contract, it doesn’t mean he will be a member of the Sabres this season.

In my opinion, he likely isn’t ready for the NHL yet, but there’s a big problem about where he might play.

Currently, Quinn is in Hockey Canada’s selection camp with players trying to be part of Team Canada at the World Junior Tournament in Edmonton. The problem comes in as to where the 19-year-old goes after that.

If things go the way Gary Bettman wants them to go, the NHL season will already be underway when the World Junior Tournament is over. The reason I don’t think Quinn is ready is because he is a late bloomer.

The rules state that he either has to stay in Buffalo or go back to junior with the 67’s. He can’t go to Rochester and that’s where the problem is.

Due to COVID-19, Canada is not allowing checking in the OHL. That makes it a totally different game and I don’t think it would help Quinn’s development in the least. If players know they can’t be hit, they will develop many bad habits that will be hard to break.

Due to a loophole for some European players, 2016 No. 1 pick Alex Nylander went to Rochester and it may have ruined his career. Nylander’s body was too young and couldn’t take the rigors of the American Hockey League. He was a total flop there as he was scared to play and be hit.

Now, of course, that wasn’t the only reason that Nylander turned into a huge bust, but it contributed to it. Casey Mittelstadt was rushed to Buffalo after just one average season at the University of Minnesota, and he was 20-years-old a month after the season started. We found out quickly that Mittelstadt’s body wasn’t even close to being able to handle the NHL.

I don’t think it’s fair that the CHL keeps players from going to the AHL since body checking is banned. I think the rules should be changed until checking is back in the game. That still doesn’t solve the problem of is Quinn mature enough to play in the AHL?

Quinn seems to have a better makeup for pro hockey than Nylander. Sabres Assistant Director of Scouting Jason Nightingale proclaimed in “Embedded” that Quinn’s measurables say that he’s an explosive athlete. Quinn is also good at both ends of the ice and can kill penalties.

Loaning Quinn to a team in Europe might be the best idea if that can be worked out.

Many thought that Kevyn Adams made a huge mistake taking Quinn over centers Marco Rossi and Cole Perfetti. Right after Buffalo picked Quinn, Rossi went to Minnesota and Perfetti was taken by Winnipeg. In my mind all three are considered very good prospects and at 18 and 19, none of us know. What I do know is this coming season is very important to Quinn’s development and it must be handled correctly.