One on One with Rasmus Dahlin 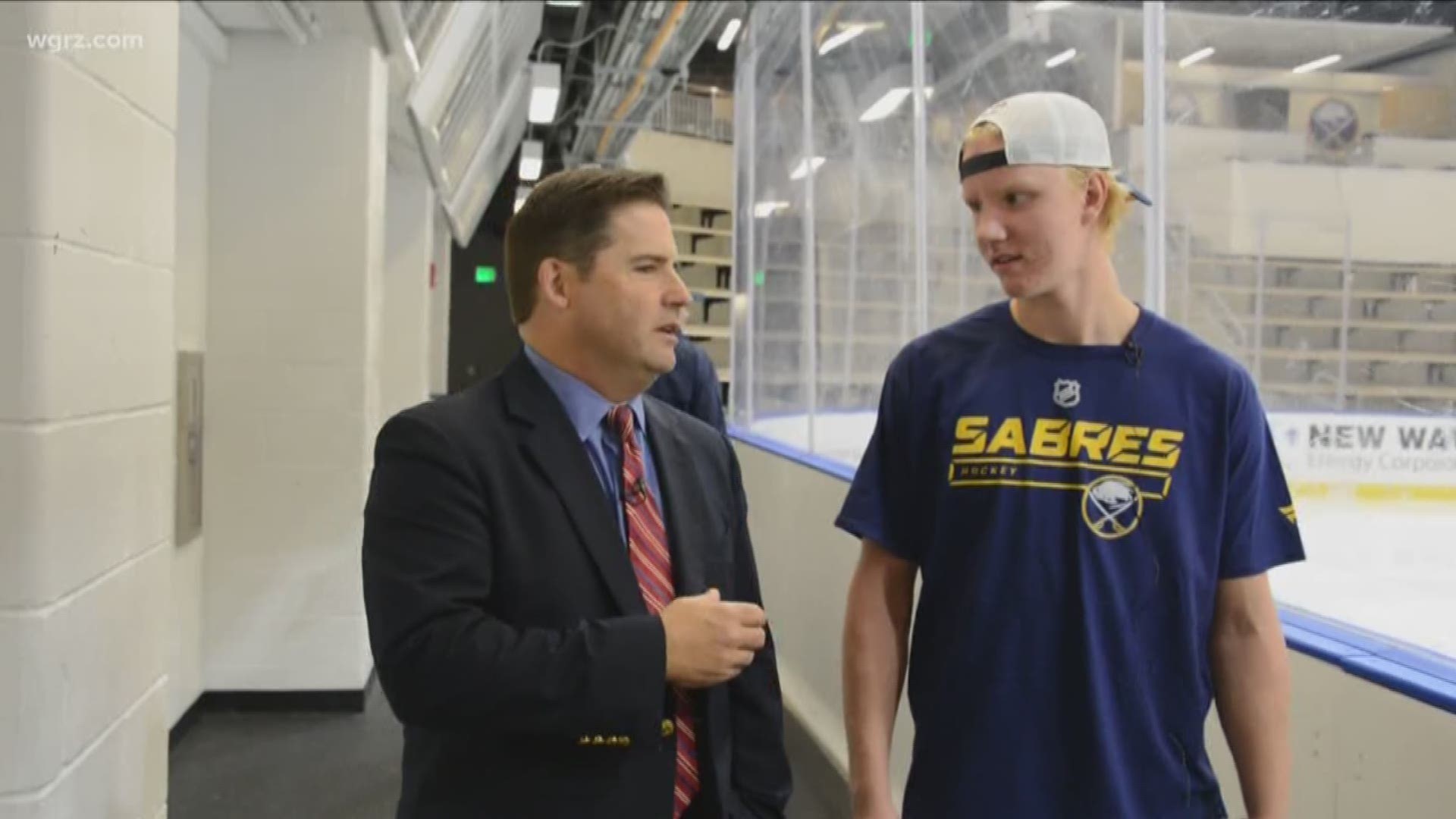 BUFFALO, NY - As he takes to the ice in preparation for his first NHL training camp, Rasmus Dahlin has a lot more to get used to than just the speed of the game in the big league.

Dahlin is an 18 year old from halfway around the world, adjusting to a new language, a new culture and, oh yeah, carrying the hopes of Sabres fans on his shoulders. "It has been different, the language and the culture, there is a lot to learn, but it is exciting to see how things work here and its been fun."

Rasmus took some time out between practice, off-ice workouts, and meetings - to talk becoming a Sabre, and a Buffalonian. "There have been some restaurants that I have had to try and of course, Niagara Falls, I've been pretty much everywhere."

As he is getting used to his new home, he has a bit of his old home here with him. Rasmus' mother has moved here with him from their home in Trollhattan, Sweden. He says she will stay here for the first few months just to make sure he is settled and all of the paperwork that goes along with the move is taken care of.

He says he is living his dream right now and Sabres fans simply hope he is their dream come true as well. Players report to training camp Thursday for physicals and hit the ice Friday at both Harborcenter and Key Bank Center.