Olofsson returns to practice with Sabres

He suffered a lower-body injury early in January against Edmonton. 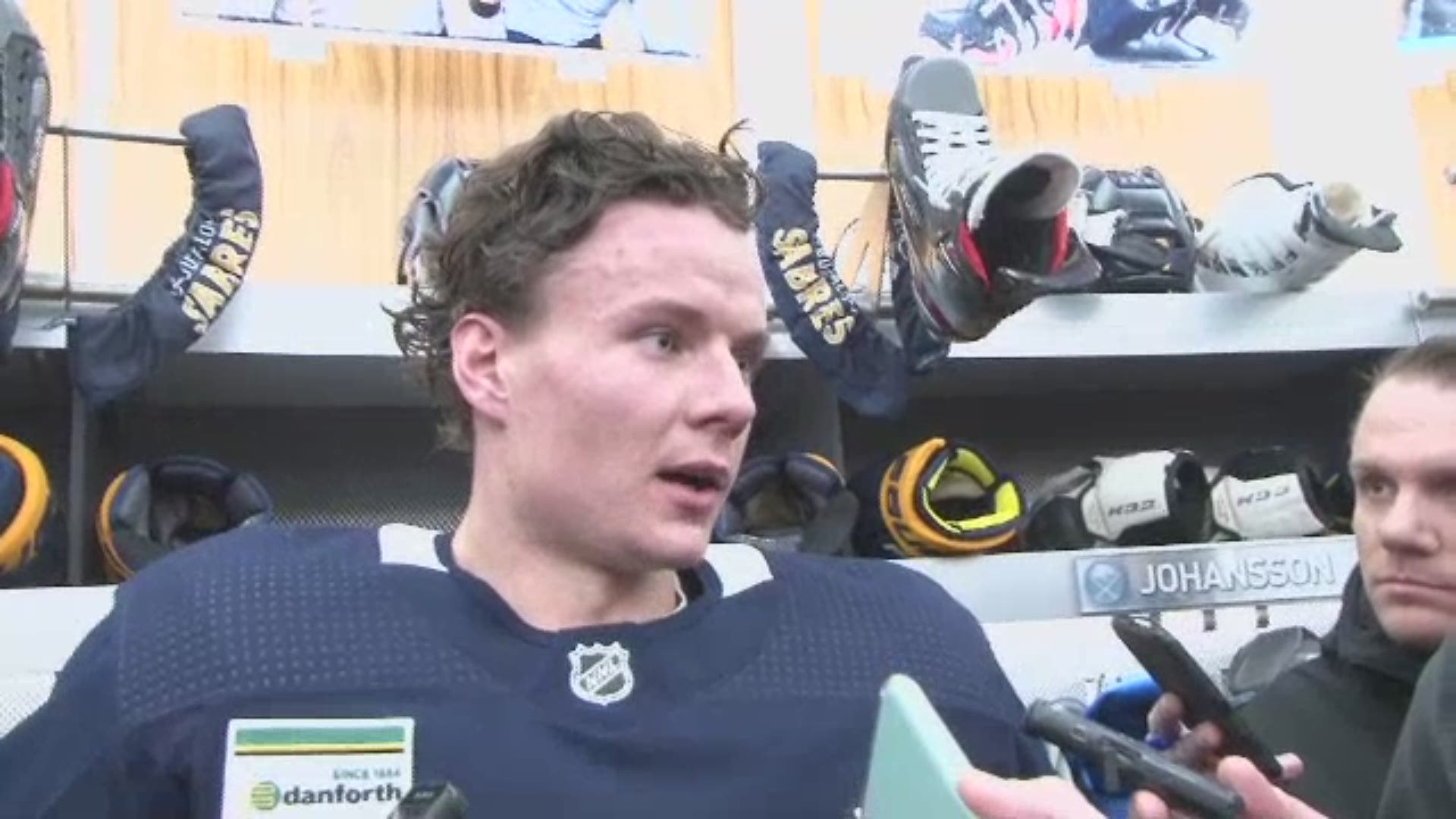 BUFFALO, N.Y. — When the Sabres took the ice at KeyBank Center on Saturday, forward Victor Oloffsson joined them for practice. He got hurt January second against Edmonton.

The Sabres have desperately missed his offense. Olofsson has 16 goals and 35 points in 42 games this season. Olofsson scored nine of his goals on the power play.

Just because he returned to practice doesn't mean he's going to step on the ice for a game right away. Sabres coach Ralph Krueger said the rookie forward is most likely out for another week to 10 days.

Olofsson suffered a lower body injury. Speculation has it that it was a high ankle sprain in third period.

The Sabres are home Sunday afternoon against Anaheim. The Ducks won the first meeting between the teams in California in October, 5-2.