If the Sabres are going to have any success this season, they're going to need some very young players to step up into roles they aren't quite ready for right now. 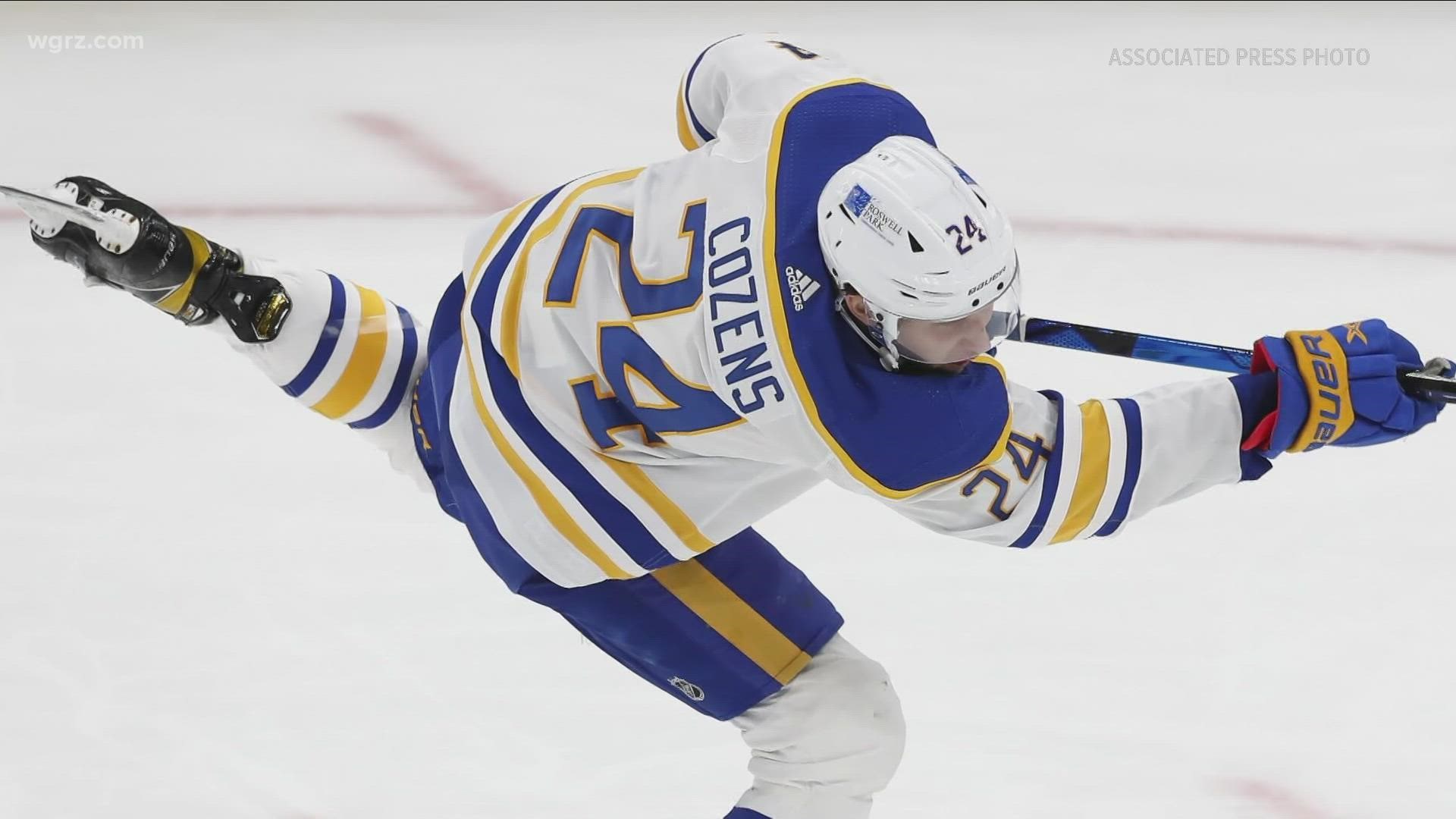 BUFFALO, N.Y. — The Sabres have already announced their theme nights for the season, including an honorary night for legendary play-by-play announcer Rick Jeanneret's final game call on April 29, which is the team's final game of the regular season.

That tells you where the organization thinks this season might end up - as Jeanneret told 2 On Your Side when he announced his upcoming retirement, he was holding out hope to call playoff games this year.

Buffalo is picked to finish last in the NHL's eight-team Atlantic Division, according to OddsShark.com.

If the Sabres are going to have any success this season, they're going to need some very young players to step up into roles they aren't quite ready for right now.

Tuesday night in Columbus, the Sabres will start the preseason with a top line featuring 19-year-old JJ Peterka, with 20-year-olds Dylan Cozens and Jack Quinn. They will need to learn quickly with only six in-game chances to develop before the regular season begins.

After Tuesday's morning skate ahead of the preseason opener, 2 On Your Side's Julianne Pelusi asked coach Don Granato how he is pushing the younger players along to learn faster in the preseason when they are taking on bigger roles in Buffalo than they would in most other organizations.

"These three young kids playing on a line together, there's nobody to bail them out for their mistakes," Granato said, referencing starting Peterka, Cozens and Quinn on the top line in Columbus.

"So we need to take that video and... show them whatever we see that they can make improvements on. I'd rather have them exposed right now so we know exactly what they need to work on than having somebody cover up for them."

"There's nobody to bail them out for their mistakes tonight."