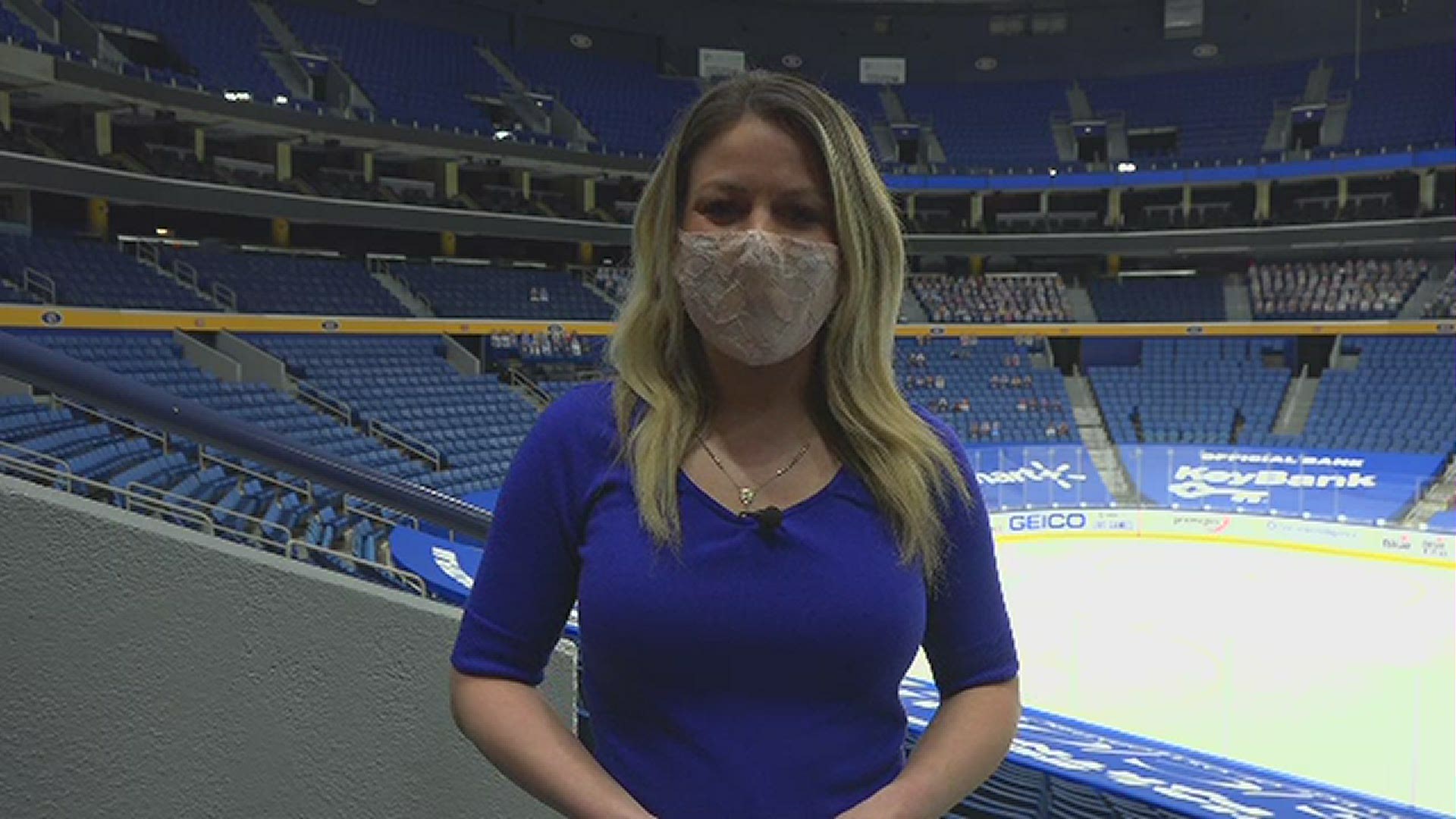 BUFFALO, N.Y. — The Buffalo Sabres will play their first game since January 31st at the KeyBank Center Monday night, hosting the New York Islanders.   Head Coach Ralph Krueger said he will be behind the bench, coaching, as he recovers from his COVID-19 diagnosis.

“I feel good to go," Krueger said Monday, after revealing Sunday he was not sure if he would be able to coach in the first of the Sabres two back-to-back games against the Islanders.

"Obviously, with the strong support around me it makes it easier where they’ve done an excellent job, but I felt really good in the skate today and meetings this morning with coaches and interacting with players here and there," he said.  "I feel ready to go so hopefully, you know, we’ll just take it a step at a time, but I feel like it’s going to be a good night.”

The Sabres have now returned five of the nine players placed onto the NHL's COVID-19 protocol list, with three more back on the ice Monday in defensemen Brandon Montour and Jake McCabe and forward Tobias Rieder.

All three players said they tested positive for the virus and, like Krueger, were symptomatic at times throughout their quarantine. Because of league rules, players who have tested positive are unable to workout and train during quarantine.

Sabres defenseman Brandon Montour said he tested positive for COVID-19 and had symptoms. “It was a pretty tough couple weeks.”

He said he is taking it day-by-day when asked if he’d be ready to play tonight. @WGRZ

Krueger said all three will be game-time decisions tonight against the Islanders, but Rieder said he feels ready to go.

"I think I feel well enough I can play. We’ll see tonight what’s going to happen," Rieder said after his first practice back with the team on Monday. "Obviously, the first day back was pretty hard. You don’t do anything for 10 to 12 days, that’s pretty hard. But every day it gets better and I felt pretty good today on the ice."