The Sabres (15-34-7) end their season with back-to-back losses in Pittsburgh, falling 1-0 on Saturday. 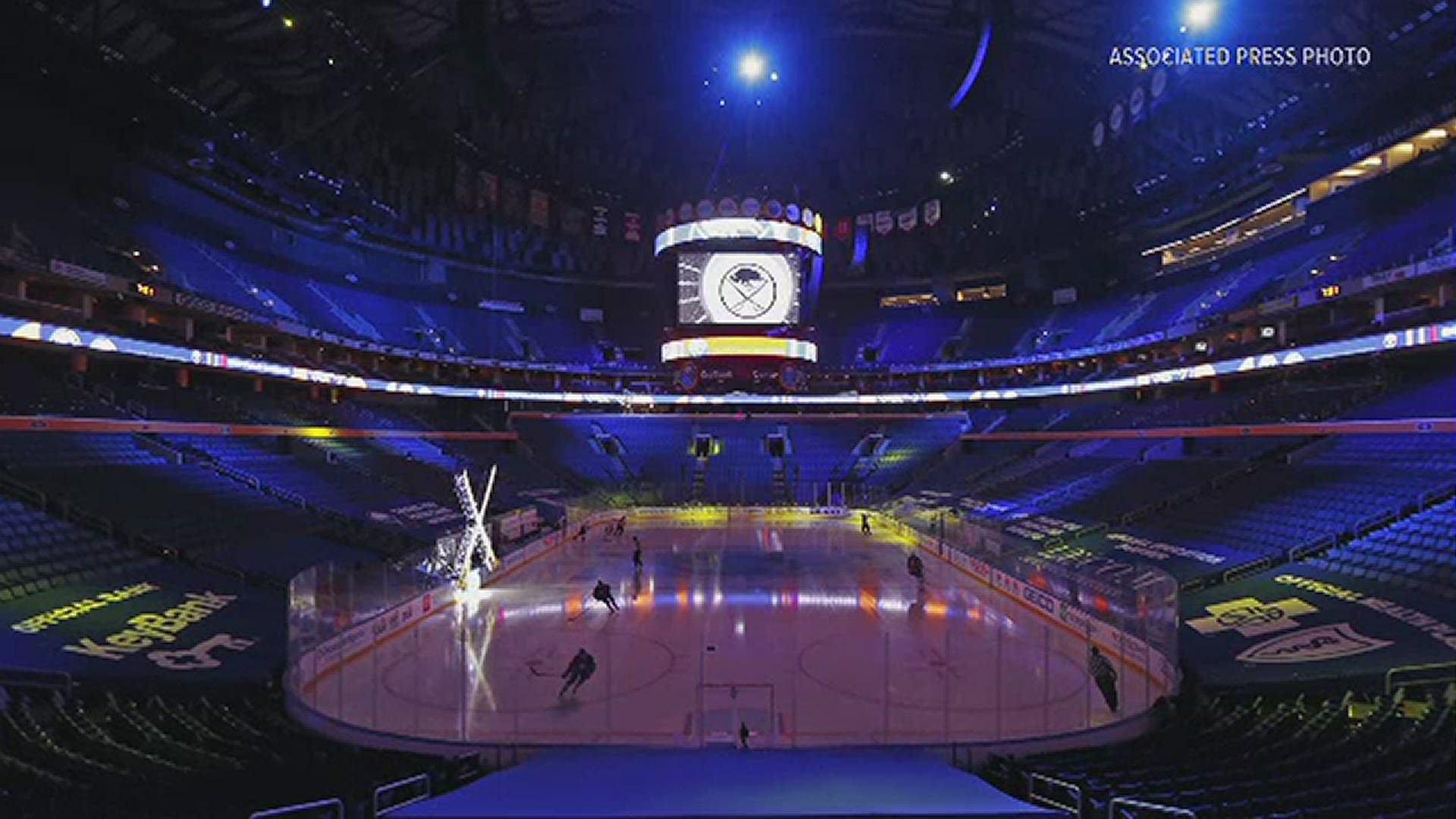 PITTSBURGH — The Buffalo Sabres finish the season with a 15-34-7 record, ending the 2021 campaign with a 1-0 loss to the Penguins in Pittsburgh.

Michael Houser stopped 22 of the Penguins' 23 shots, but a Jeff Carter goal early in the second period would decide both teams' regular season finale.

In a year governed by COVID-19, the Sabres started out their shortened season late and quietly, thanks to the Buffalo Bills, in January.

The Sabres opened up the season hosting the Washington Capitals just two days before the Bills punched their ticket to the AFC championship game for the first time since 1993 with a home win over the Baltimore Ravens.

Before the season began, the Sabres had a massive free agency pickup, bringing in former Hart Trophy winner Taylor Hall. He was acquired to wing Jack Eichel's top line, but Hall didn't see much time with the Sabres' captain outside of the power play.

Hall's tenure in Buffalo ended with little production. He scored just two goals over 37 games before general manager Kevyn Adams sent him to Boston, along with bottom-six forward Curtis Lazar, in exchange for a 2021 second round pick and forward Anders Bjork ahead of the NHL's trade deadline in April.

In his first season as a general manager in the National Hockey League, Adams was busy, handling a COVID-19 outbreak that shut down the team for two weeks in February, an 18-game losing streak, firing head coach Ralph Krueger, who was replaced with current interim head coach Don Granato, and losing captain Jack Eichel with a season-ending injury.

There were, however, bright spots in this Sabres' season. Once Granato took over the team, there was obvious development with young players who were struggling, and Adams insists the interim coach is highly considered for the head coaching job, which will be filled this offseason.

Players such as defenseman Rasmus Dahlin and Casey Mittelstadt seemed to be shot out of a cannon after Krueger's departure.

Both Granato and Krueger had to manage a goaltending carousel this season, with the position riddled with injuries.

Houser, who played most of his eight-year professional hockey career in the East Coast Hockey League, started the last four games of the season, winning the first two and picking up his first NHL win.

The Sabres' top goalie prospect, Ukko-Pekka Luukkonen, also picked up his first NHL win this season, getting a chance with starter Linus Ullmark and Carter Hutton out with injuries during back-to-back games to give Dustin Tokarski a break.

Perhaps the greatest moment of the Sabres' season was Tokarski's first NHL win in five seasons, when he pointed to the sky to honor his father. The 31-year-old hadn't won an a game in the league since losing his father a few years back.

"I lost my dad a few years back, so that was my first NHL since he's passed. So I was just pointing up to him for that special moment," Tokarski said after that win.

There were bright spots in a soap opera-like season for the Sabres.

The final bright spot comes with the baggage of finishing in last place of the NHL: Buffalo is guaranteed a top-three pick in the upcoming draft.