Hamilton: Evaluating Eichel's injury and where Sabres go from here

Buffalo Sabres captain Jack Eichel is out for the rest of the season with a herniated disk in his neck. 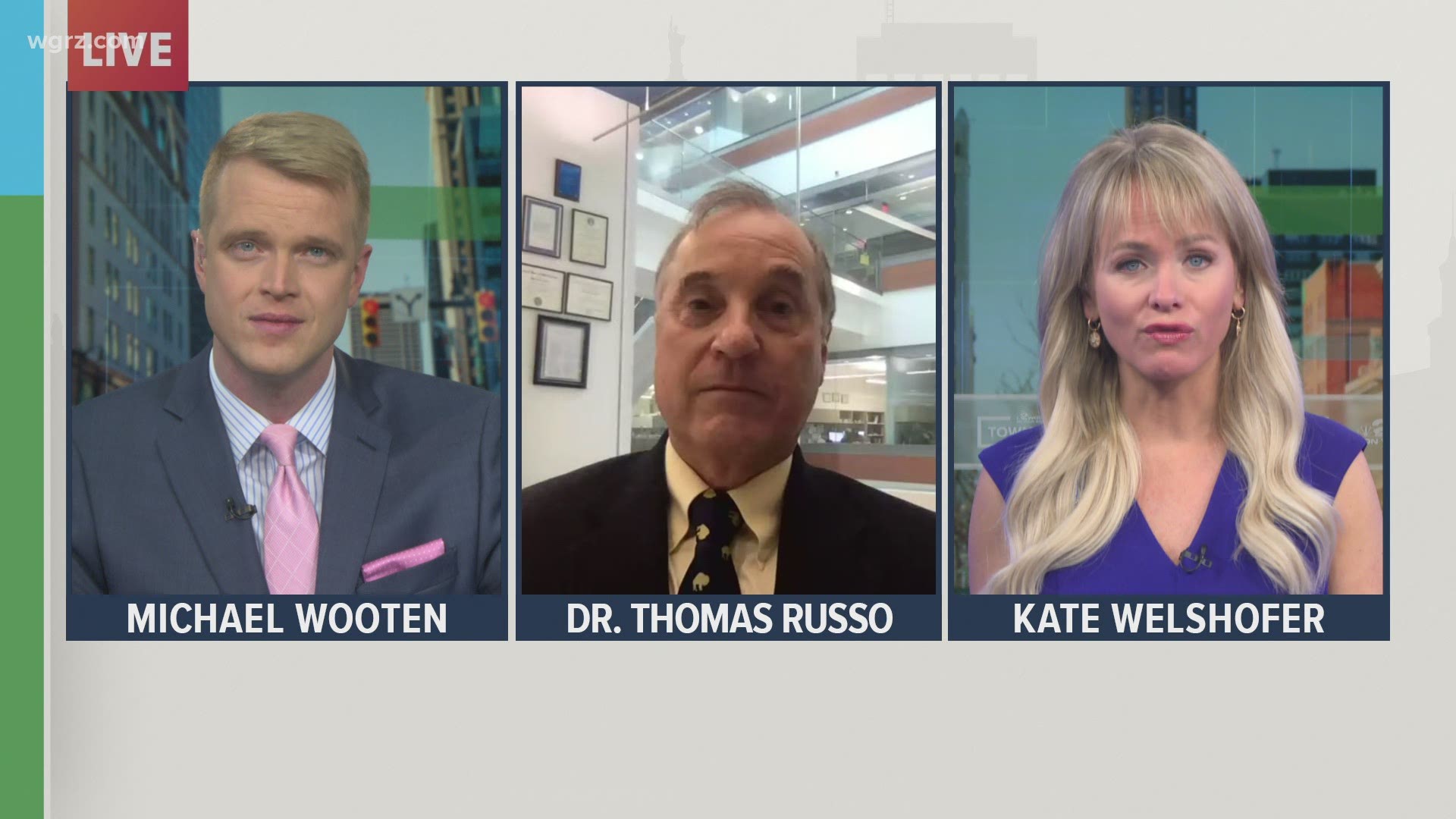 BUFFALO, N.Y. — To nobody’s surprise, the Sabres announced on Wednesday that Jack Eichel’s done for the season with a herniated disk in his neck. Sportsnet in Canada says Eichel will undergo surgery, but the Sabres have not confirmed that.

I asked former Sabres coach Ralph Krueger straight up after a game Eichel struggled in if he was playing hurt, and Krueger said, “No.”

What we don’t know is if this is the offseason injury that kept him out of the first week of training camp, or did it happen on March 7 against the New York Islanders, when he was shown on TV to be in a lot of pain when the trainer pressed against his neck.

Eichel also has a lower-body injury that kept him out of a few games too. With all these injuries, the Sabres’ captain could only score two goals and 16 assists for 18 points in 21 games.

When the season was officially called off last year, Eichel said that he was sick of all the losing here. The new general manager, Kevyn Adams, listened to trade offers, but he never made any calls himself to trade Jack, and he told other teams that Eichel wasn’t available. I do know neither Eichel nor his agent ever asked Adams or ownership for a trade.

Eichel likes the City of Buffalo and feels the fans deserve a winner. At the end of last season, he was still very committed to being a part of that, but has being a part of the worst team in the NHL for another year changed his mind?

Dylan Cozens can definitely be a top-six center in the NHL, and Casey Mittelstadt has improved by leaps and bounds under interim head coach Don Granato. I would’ve loved to have seen what a healthy Eichel could’ve done playing for Granato.

What Adams has to figure out is, can the Sabres be a championship team with Eichel, Cozens and Mittelstadt as their top three centers moving forward?

Before Jake McCabe was injured, he and Rasmus Ristolainen were having their best NHL seasons together. McCabe with be an unrestricted free agent July 1, but with the injury he suffered, I would think he would be back.

Rasmus Dahlin and Henri Jokiharju have played very well since Granato became coach, and Will Borgen and Jacob Bryson have been terrific as well.

I’ve been told 2018 second round pick Mattias Samuelsson has been terrific in Rochester and could play in the NHL right now. The 21-year-old turned pro this year after two seasons at Western Michigan.

So again, I’ll ask the question: Can Buffalo be a championship team with a defense of McCabe, Ristolainen, Dahlin, Jokiharju, Bryson, Borgen and Samuelsson?

Another sign that the Sabres are becoming a NHL franchise again instead of the joke of the league was the hiring of associate general manager Jason Karmanos. This gives Adams an experienced hockey man to sit with him as they navigate getting this team back to the playoffs.

The two know each other very well, as they played together on Team USA in the 1994 World Junior Championship and won a Stanley Cup together in Carolina, where Adams was a player and Karmanos was in the front office. Karmanos has won three Cups with the Hurricanes and Pittsburgh Penguins.

The Pegulas made a snap decision to gut the hockey department after they fired Jason Botterill, and it didn’t even last a full season before Adams convinced them it was a huge mistake.

Karmanos will be the GM of the Rochester Americans, which was badly needed, and will oversee the scouting, player development, and analytics departments, where there was almost no experience at all.

Karmanos will get to work hiring more scouts for the Sabres and put together a structure and a plan for the Amerks.