Sabres general manager Kevyn Adams said the surgery Jack Eichel wanted to repair a herniated disc in his neck had 'never been performed on an NHL hockey player.' 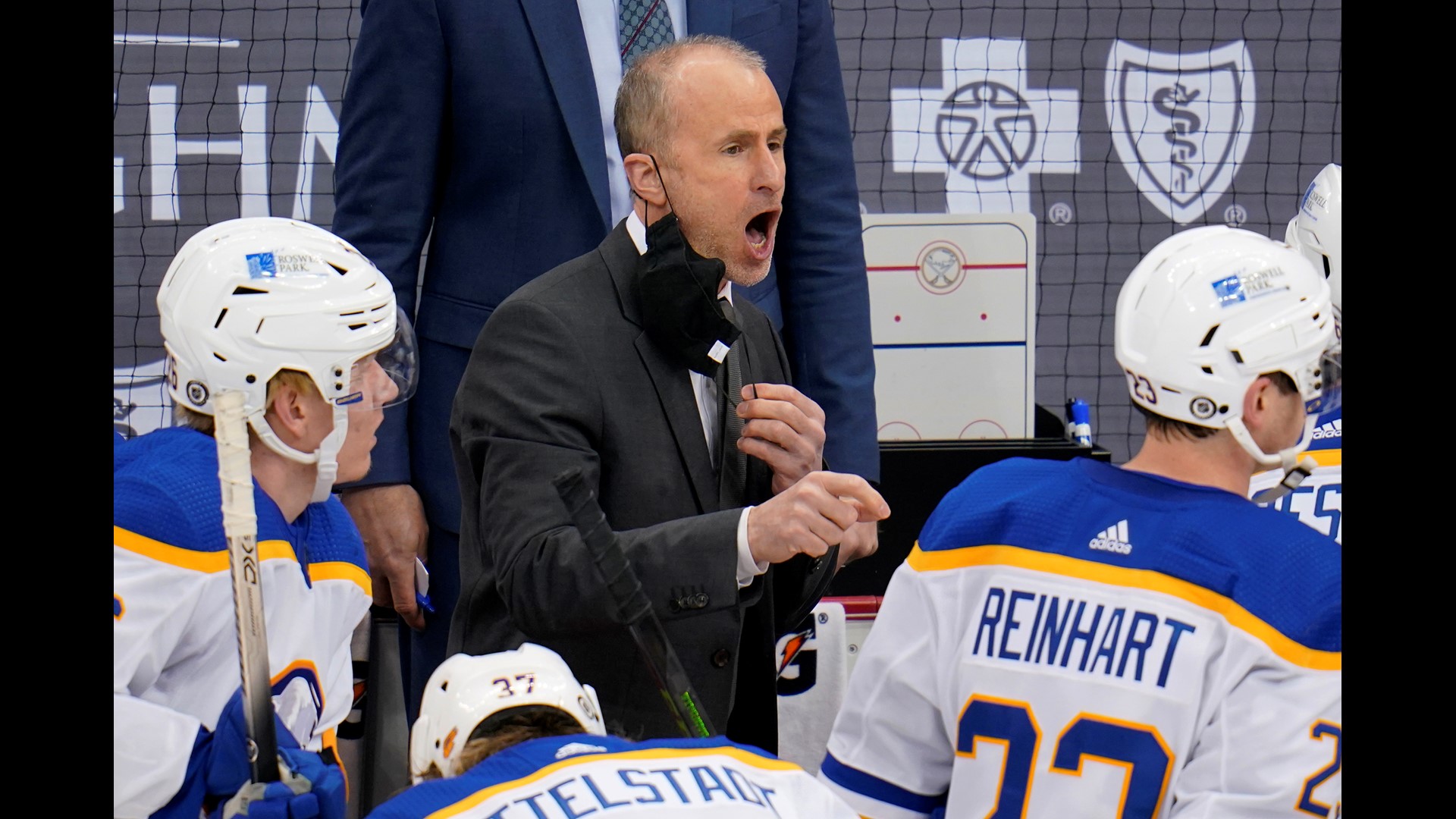 BUFFALO, N.Y. — After Sabres captain Jack Eichel said there was a "disconnect" between him and the organization regarding his treatment for the herniated disc in his neck, Eichel said during his exit interview on Monday he would have liked to have surgery to remedy this situation.

General manager Kevyn Adams said on Wednesday that doctors agreed conservative care for the injury was the right move and that no NHL player has had the surgery Eichel wanted.

"I think that’s very important for everyone to understand these are highly regarded medical professionals that all agree on the same thing, that conservative care is the proper step of where we needed to go and we’re currently in," Adams said.

"It’s not Sabres doctors. That’s also the second opinion situation. ... (The surgery has) never been performed on an NHL hockey player. ... If it was anyone in any job, or certainly a professional athlete, there’s going to be hesitation if there’s not data to support something like that and a comfort level."

Eichel's March 7 injury in the loss to the New York Islanders ended his season before head coach Ralph Krueger was fired. Don Granato took over the team in the interim on March 17, but Granato was understanding of the 24-year-old's frustrations with his injury.

"These guys want to play hockey, and this was a guy that couldn’t play hockey. And when he can put the skates on again, that life and energy will be right there, there’s no doubt in my mind," Granato said.

"I know Jack, he wants to play hockey.... and he loves playing hockey, so I don’t have a concern. When he can put his skates on, he’s going to immerse in that moment and be in that moment."

Adams said he is encouraged by the Sabres young players' development under Granato and how the team can move forward with its youth movement.

"We have a tremendous young core of players that truly care about this team and this organization and this city," Adams said.

"We are going to get this right with the people that want to be here."

Adams: "We are going to get this right with the people that want to be here." @WGRZ #Sabres