Hamilton: Ryan Miller's love for Buffalo endures long after his time with Sabres

The former Sabres goaltender, now with the Anaheim Ducks, on Thursday announced his retirement following the season. 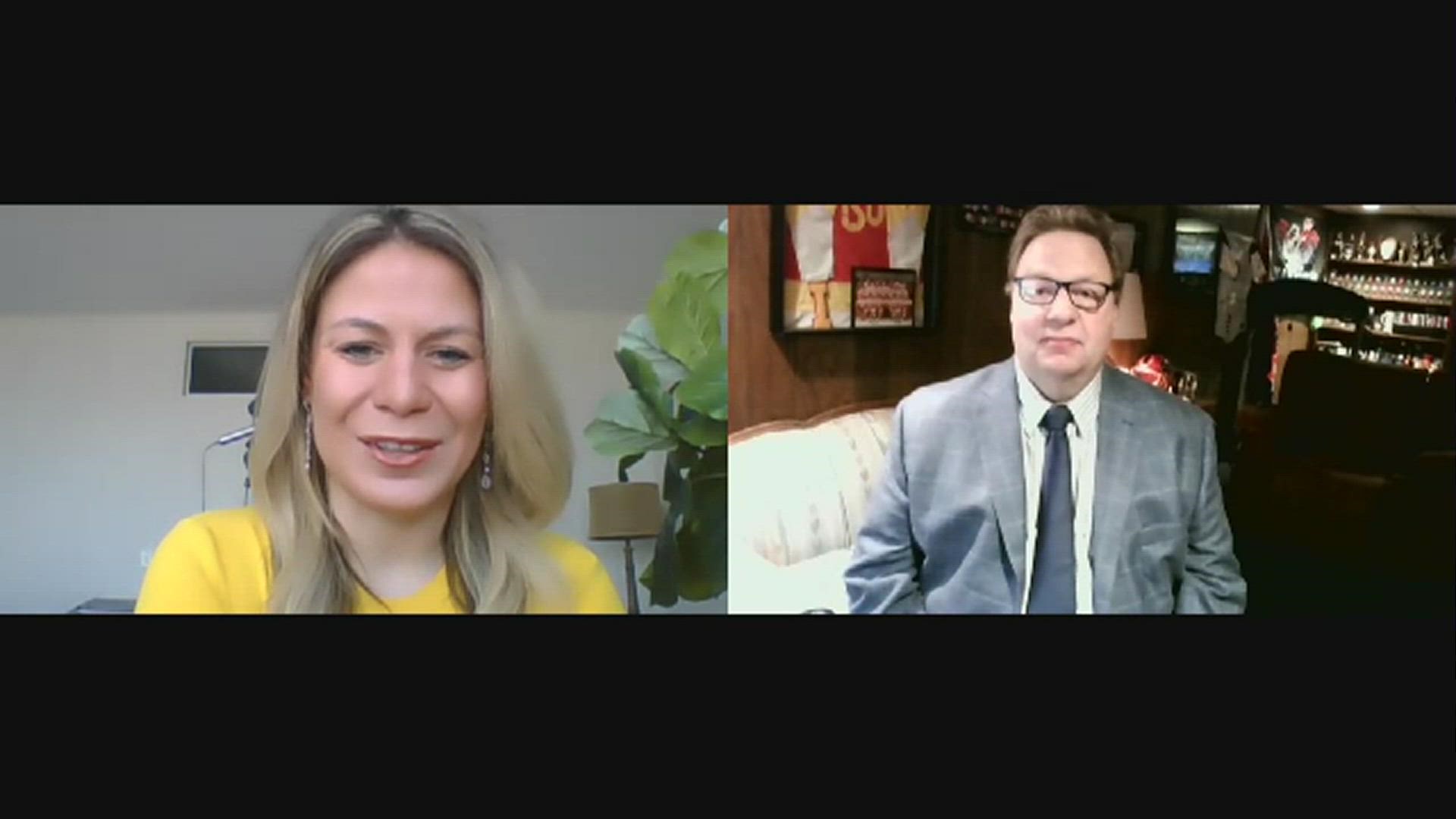 BUFFALO, N.Y. — After 11 season in Buffalo, it was hard to imagine a Sabres team without Ryan Miller and Thomas Vanek.

Both players loved the City of Buffalo and the fans that came to cheer them on, but they both heard Darcy Regier talk about the pain the organization was going to have to endure to rebuild and both were at an age where they couldn’t waste years of their careers.

Miller announced his retirement on Thursday and spoke about how Buffalo will always be in his heart. He talked about growing up here and learning about life on your own. He spoke about the fans so many times and how he and his teammates drew energy from their support.

The fire always raged in Miller to be the best, and it’s pretty surprising that in his first two full seasons in the NHL, he played in 18 playoffs games and 16 playoff games. In the 14 years after that, he played in 23 playoff games combined.

There’s so much to remember about Ryan Miller. I can remember seeing him on stage at Kleinhans Music Hall grabbing his guitar and playing with the Buffalo Philharmonic Orchestra. I can remember him dressing up to different themes and walking the runway with his teammates like models for his Steadfast Foundation.

But the memory I will never, ever forget is when I returned to practice after my wife had passed away. Ryan Miller saw me, and with tears in his eyes, he gave me a huge hug. This man was a person first, and there is nothing fake about him.

On the ice I remember his first NHL game against the New Jersey Devils. Miller lost the game, giving up four goals and was so upset about it.

I remember how good he was taking the Sabres to the Eastern Conference Finals against the Carolina Hurricanes. The Sabres don’t get there without his stellar goaltending, and even with all the injuries, he almost helped them pull out Game 7 in Raleigh, which would’ve advanced them to the Stanley Cup Finals against the Edmonton Oilers.

Could Miller be difficult? Absolutely, he cared, and losses were unacceptable to him. He also could be the guy that you could stand at his locker and have a conversation about almost anything. He is very intelligent and knows what’s going on in our world. This man cared about his teammates and he cares about people.

I remember him standing in the locker room in Boston after Milan Lucic took a cheap shot at him in the faceoff circle. Miller had to leave the game after having his mask knocked clear off, and he ripped into Lucic like I’ve never seen before. Don’t forget, I’m live in the locker room on the Postgame and Miller went berserk.

It’s totally unacceptable that the Sabres Hall of Fame no longer exists. The committee that used to make the selections is gone and the organization doesn’t seem to care. That means Miller, Rob Ray, Vanek, Jason Pominville, Danny Briere and Chris Drury will never get into the team’s Hall of Fame until the relationship with alumni improves.

Miller hasn’t forgotten about Buffalo, and he plans on brining his son here, to see where his dad started his career. It’s a place he cares for very much.