The Buffalo Sabres unveiled a cardboard cutout program on Monday, allowing fans to cheer on the team all season long. 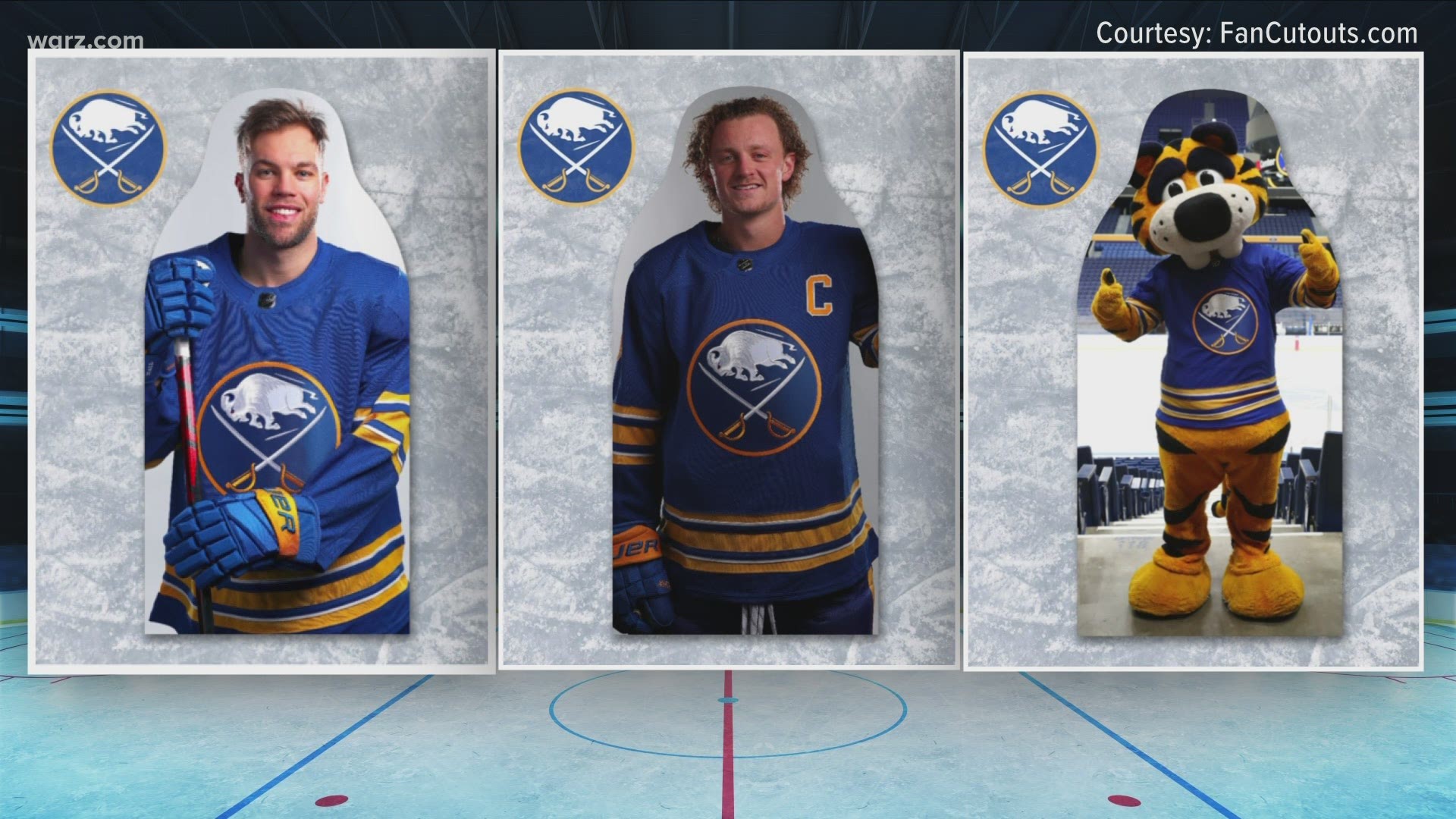 BUFFALO, N.Y. — While fans are unable to attend Sabres games at the KeyBank Center this season, the team is still working to fill seats in the arena, but in a different way.

The Buffalo Sabres unveiled a cardboard cutout program on Monday, allowing fans to cheer on the team all season long.

According to the Sabres, the cardboard cutouts will be located on the 200 and 300 levels of the arena, and their placement will depend on the order of purchase.

With each purchase of a cardboard cutout, a portion of the proceeds will go towards the Buffalo Sabres Foundation, which supports organizations here in Western New York.

The cardboard cutouts cost $60 each, and the Buffalo Sabres will contact you at the end of the season when you can pick up your doppelganger.

For more information about the cardboard cutouts, or to purchase one, click here.

Even though we can't have fans at the arena right now, you'll be with us in spirit...

And now in cutouts!