The Sabres report for physicals on Wednesday and the Associated Press is reporting that Jack Eichel will be there to take his physical as training camp begins. 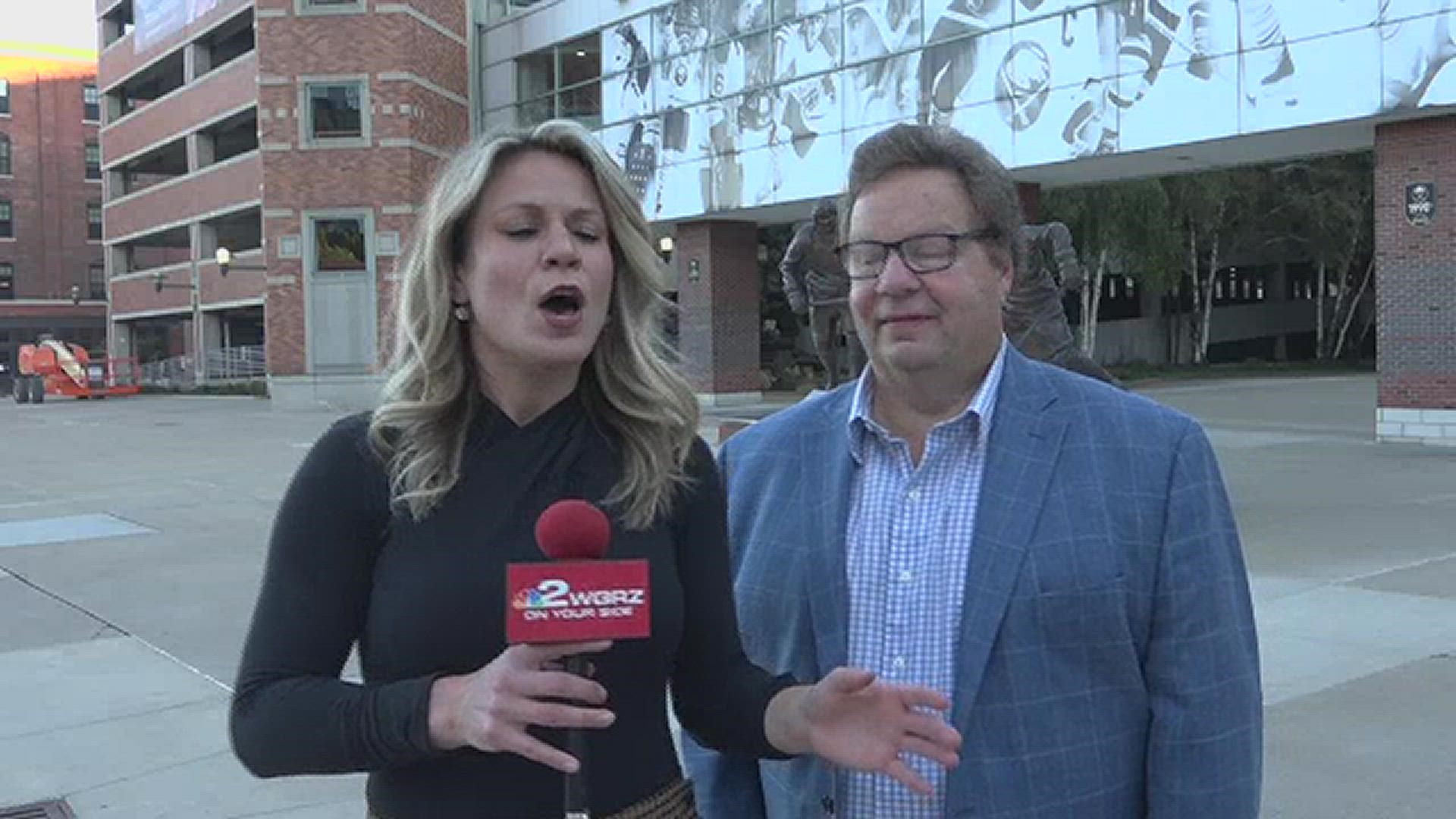 BUFFALO, N.Y. — Sabres 2020 first-round pick Jack Quinn looked quite at home during the Sabres Prospects Challenge as he shifted to center.

Quinn was excellent on Friday and did assist on Brett Murray’s power-play goal.

"He’s coming out of an injury (hernia surgery last April) and he had a really productive couple of days of practice and a productive game and we just felt that it wasn’t necessary to put him in a situation where he was overstressing it this early in training camp. He has a long training camp ahead of him.”

The reason Sabres general manager Kevyn Adams has thought about moving Quinn to the center is how he moves the play forward. He generated the play.

When Quinn is at wing, he likes to cut to the center and push the play for his teammates. That convinced Adams as well as the back pressure he produces on the backcheck. His gaps with the defense are real tight and he’s very good at getting pucks back.

Quinn’s experience at the center is limited to two games last season in Rochester. He had to stop playing and have hernia surgery and that ended his season.

When we found out on Wednesday that Quinn was moving to center for this tournament, the Twitter trolls started howling at what idiots the Sabres were trying to change a wing to the center instead of just drafting a center.

The thing is we’re talking about 18 and 19-year-olds and these so-called experts are talking about players they’ve never seen the play and they don’t know and nor do I how they’ll turn out in three years.

Adams thinks Quinn has traits that would make him a good center. Maybe give a guy who played center in the NHL the benefit of the doubt. If you’re thinking Quinn would be a good center, isn’t the Prospects Challenge the time to give it a whirl to see if it could work?

Quinn played very well at the center on Friday so, in my mind, you begin training camp on Thursday with the kid at the center. It’s just the next step in the progression and if it keeps going well, you wind up putting him at the center when the Amerks start their season. There’s no harm in any of this and what if it works? What do the Sabres have to lose?

I enjoyed watching J-J Peterka for the first time in this camp. Boy, the kid has a quick release with his shot and it helped him score two of the Sabres' five goals in the Challenge.

He’s very quick in many parts of his games including how well he wins races to pucks and how he approaches battles to get the puck back. He has a really bad habit of trying to beat two or three guys at a time while carrying the puck and it failed every time he tried it. It’s something he’s obviously gotten away with throughout his career and all he did was produce odd-man rushes for the other team.

Ukko-Pekka Luukkonen showed why the Sabres are going to give him every chance to win the No. 1 goalie job in training camp. During his 22-save shutout of the New Jersey Devils on Friday, Luukkonen showed he’s gotten quicker in his movement around the crease and also has gotten stronger in the lower body. His angles were superb and he eventually frustrated the Devils shooters to the point they were putting pucks wide of the net.

The Sabres report for physicals on Wednesday and the Associated Press is reporting that Jack Eichel will be there to take his physical as training camp begins.

UPL gets the start in net tonight. @WGRZ pic.twitter.com/x3I5v5WO0p