The Sabres say there will be giveaways, exclusive content, and community initiatives held throughout the week. 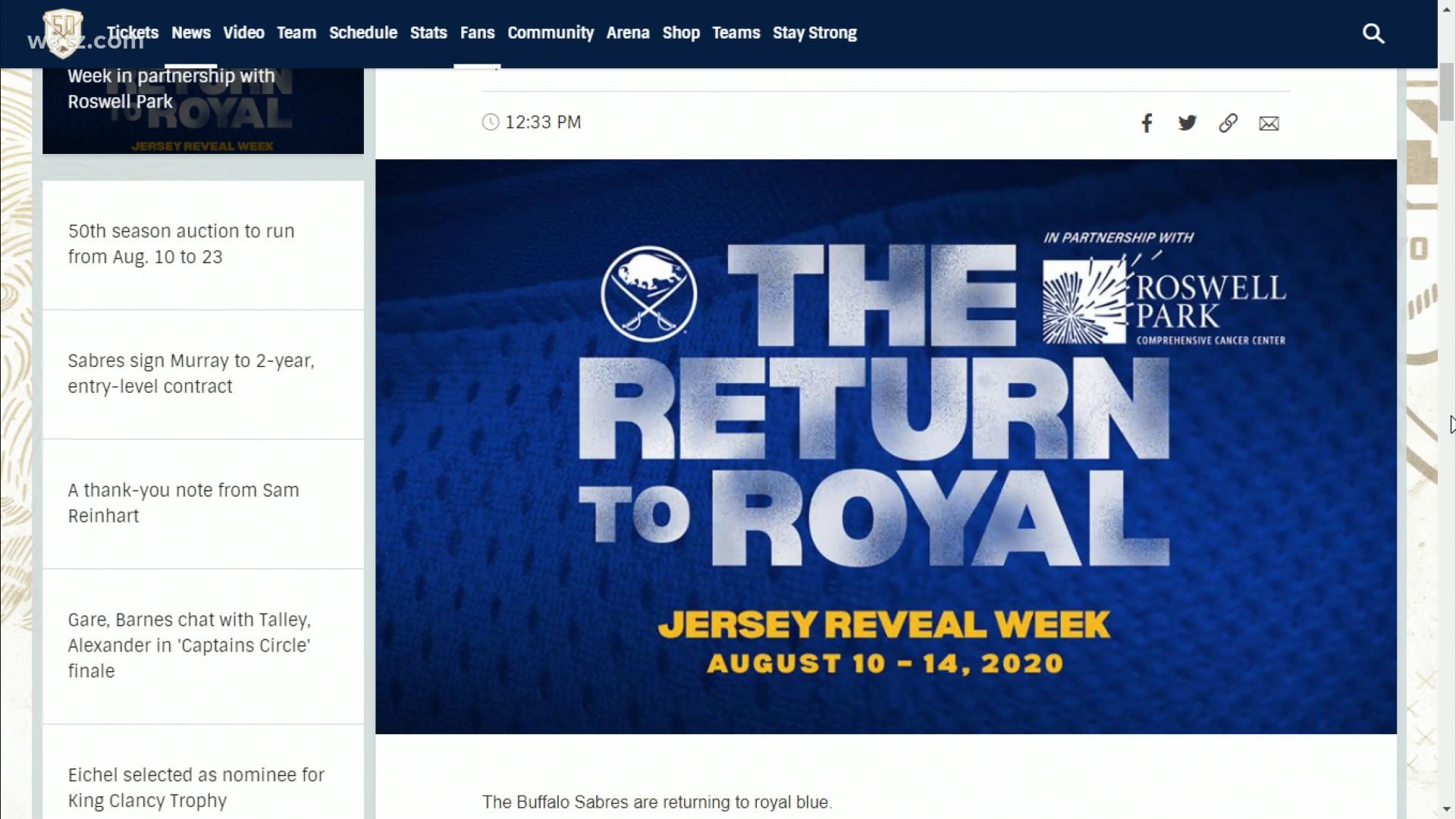 BUFFALO, N.Y. — The Buffalo Sabres announced on Sunday that the team will be returning to royal blue jerseys this year in honor of the organization's 50th season.

Starting Monday, the Sabres will be hosting a "Jersey Reveal Week" in partnership with Roswell Park Comprehensive Cancer Center. The Sabres say there will be giveaways, exclusive content, and community initiatives held throughout the week.

"The week will turn the page on the organization's 50th season celebration and look ahead to the future with the return of the original royal blue, gold, and white color scheme worn by the Sabres for more than two decades beginning with their inception in 1970," the team said in a statement on its official website.

On Monday, the Sabres will be giving away game-issued jerseys throughout the day on the Buffalo Sabres' social media pages starting at 9 a.m. There will also be an online auction for game-worn jerseys and equipment starting at 5 p.m. Monday and running until August 23 at 9 p.m. All of the proceeds from the auction will benefit the Buffalo Sabres Foundation.

The Sabres plan to unveil the team's new uniforms Tuesday at 9 a.m., but the fun doesn't stop there.

On Wednesday, local landmarks will be lit in royal blue. The Sabres are also asking fans to wear royal blue and draw the Sabres logos with sidewalk chalk. Participants are asked to share their photos using the hashtag #ReturnToRoyal. A lucky fan may even win a jersey.

There will be more giveaways of royal-themed gear on Thursday with additional contests on the Sabres' social media pages.