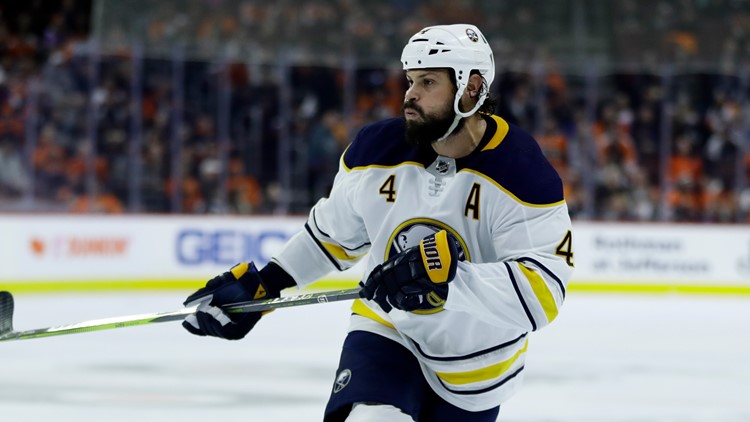 Buffalo Sabres suspend Zach Bogosian for not reporting to Rochester

BUFFALO, N.Y. — The Buffalo Sabres have suspended defenseman Zach Bogosian for failing to report to the Rochester Americans team.

Bogosian was placed on waivers Friday and then the Sabres assigned him to Rochester when he cleared waivers.

Injuries have been an issue for Bogosian during his career, especially with the Sabres. He has played in only a handful of games this season. Bogosian will become an unrestricted free agent after this season.

RELATED: Eichel reflects on his friendship with Bogosian, who cleared waivers