TSN's Pierre LeBrun reported the Sabres will retain half of Taylor Hall's $8 million annual salary. He was set to become a free agent at the end of the season. 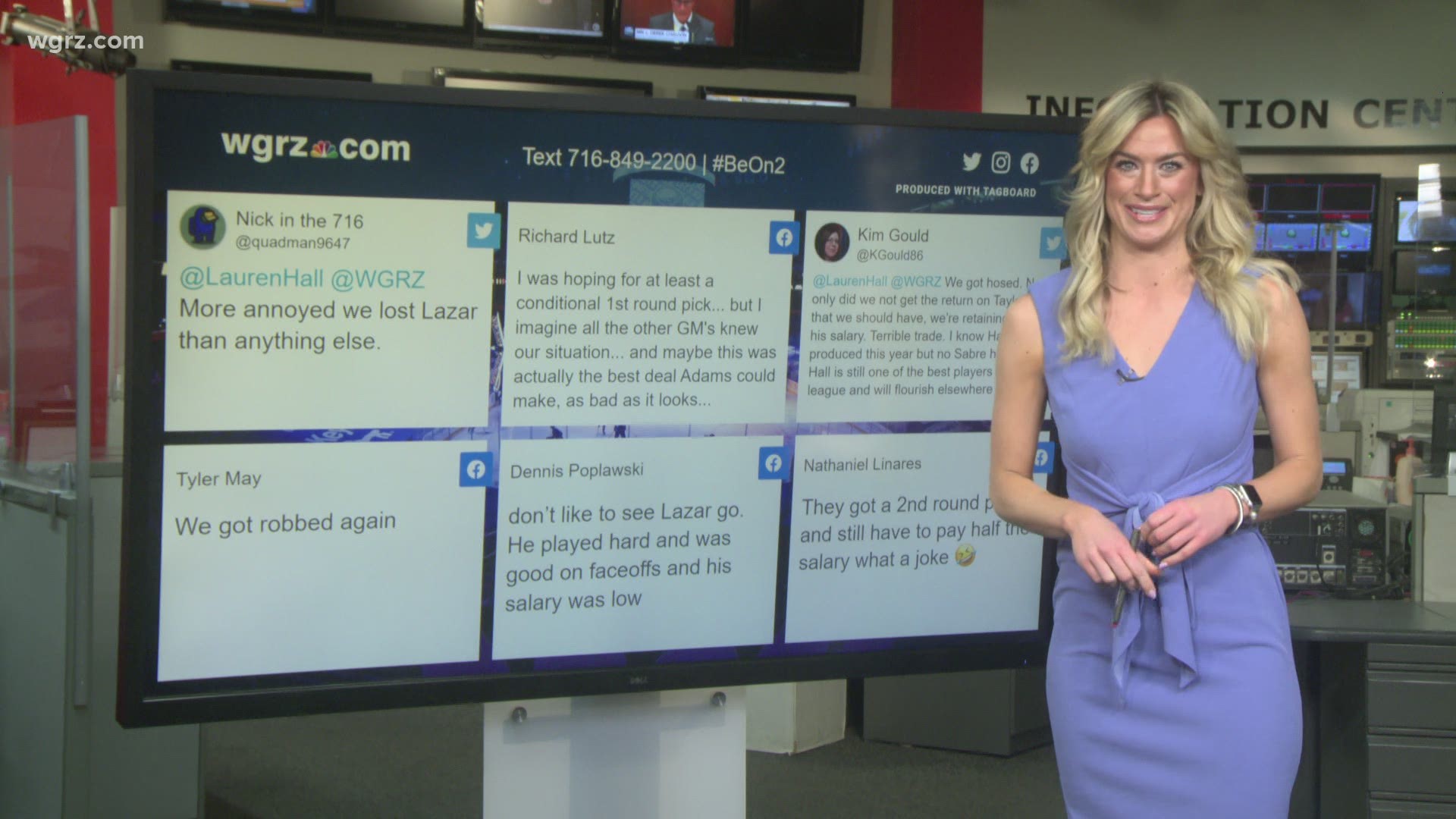 BUFFALO, N.Y. — The biggest excitement for Sabres fans this offseason is on its way to Boston, leaving only two goals in its wake.

Buffalo traded former Hart Trophy winner Taylor Hall to the Boston Bruins, less than a day ahead of the NHL's April 12 trade deadline..

The Sabres tweeted Monday morning that the deal includes forward Curtis Lazar heading to Boston, with the Sabres receiving forward Anders Bjork and a second-round draft pick. TSN's Pierre LeBrun reported the Sabres will retain half of Hall's $8 million annual salary. He was set to become a free agent at the end of the season.

We have acquired forward Anders Bjork and a second-round pick in the 2021 NHL Draft from the Boston Bruins in exchange for forwards Taylor Hall and Curtis Lazar.

The Sabres brought in Hall during the 2020 offseason on a one-year deal, but the 29-year-old under-produced in Buffalo, scoring just two goals through 37 games. He has sat out of the Sabres' games since Tuesday, due to trade precautions.

"I loved playing with him. Obviously he’s an amazing player. I learned a lot just watching him, not even talking to him, just watching him in practice and the way he plays. It’s really fun to watch," forward Tage Thompson said after Hall was considered a healthy scratch ahead of the Sabres' Tuesday night game against the New Jersey Devils.

"He’s obviously very fast so when you play with him in practice, he pushes you to keep up with him and I think that makes guys around him better players."

The Calgary native was the first overall pick in the 2010 NHL Draft by the Edmonton Oilers. Hall was the league's most valuable player in 2018 with the Devils.

The Bruins drafted Bjork 146th overall in the 2014 draft.