The Sabres snapped their four-game losing streak in New Jersey, but might have lost defenseman Jake McCabe to a third-period injury on Saturday. 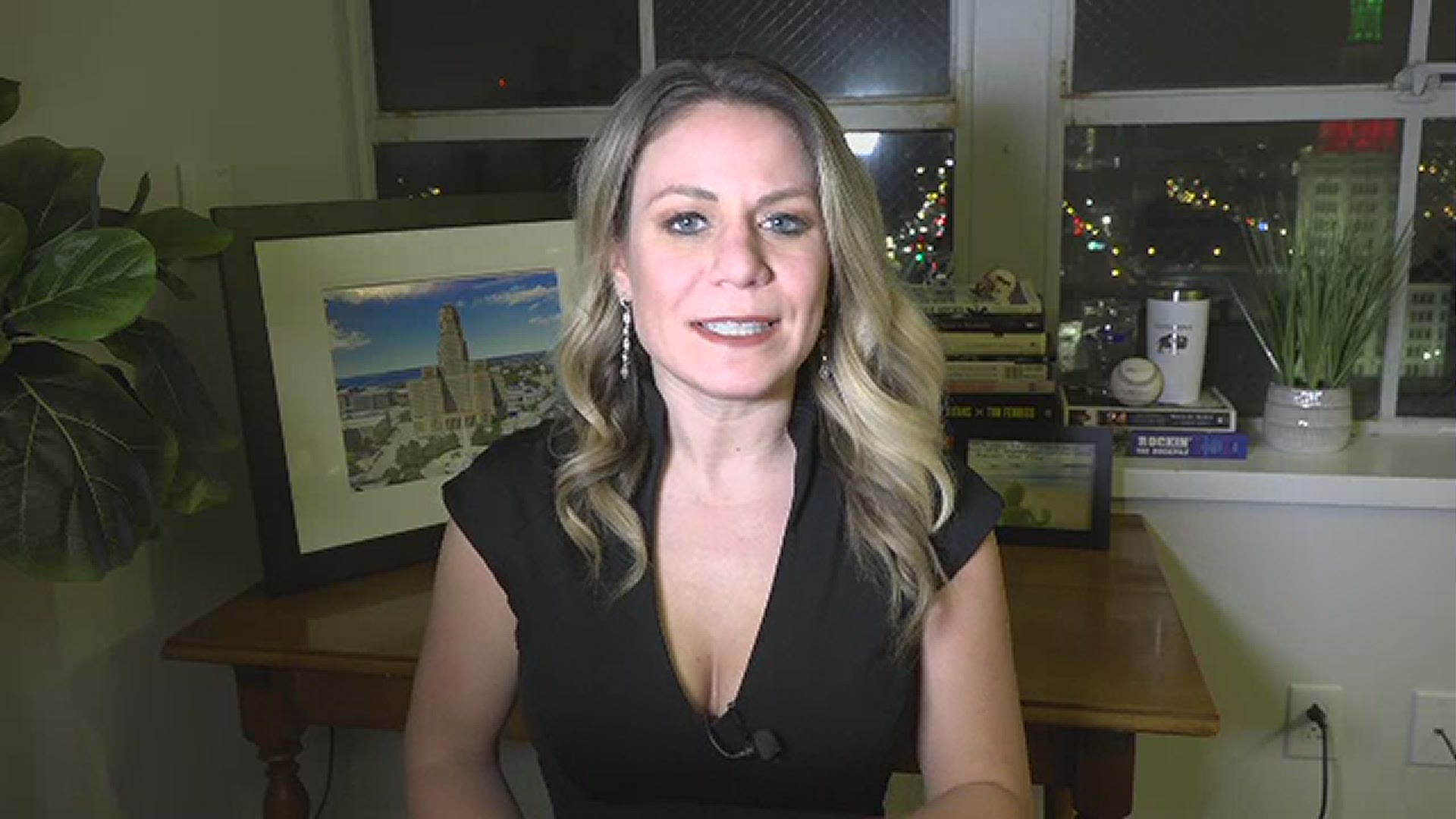 NEWARK, N.J. — The Sabres were finding themselves falling deeper into the basement of the NHL's East Division, with their COVID outbreak, six postponements, and a four-game losing streak.

Buffalo finally snapped that streak with a 3-2 win against the New Jersey Devils on Saturday, but it could have lost Jake McCabe to an apparent right knee injury after the defenseman collided with Nico Hischier in the third period.

We don't have a final diagnosis yet, but it rips my heart out to see what Jake has gone through, with the COVID battle, with having had symptoms ... now in question for the future. ... There's a big, big ache in my heart right now, which the win certainly can't neutralize."

Ralph Krueger on Jake McCabe’s injury: “I’ll be honest with you, I’m very concerned... there’s a big, big ache in my heart right now that a win can’t neutralize.” @WGRZ

McCabe's injury was part of a difficult third period for the Sabres, who gave up two goals to the Devils in the final 20 minutes, but they controlled the game well enough in the first 40 minutes to win it.

"Halfway through the third period, they started to take over, but you knew they were going to push," Forward Taylor Hall said, "But I think right off the bat, we connected as a group."

That early dominance led the Sabres to their first win since returning from their COVID-19 outbreak on Monday against the New York Islanders.

The Sabres came out of the gate with a fresh sense of urgency, scoring the first goal of the game for the first time in five games -- and then the next two goals -- in taking a 3-0 lead into the third period.

"We have liked a lot of the defensive side of our game ... and getting that early goal and being fresh offensively, these things needed to be added and they were added today," Krueger said.

"We will take a lot of confidence out of this game today."

2 On Your Side's Julianne Pelusi asked Krueger about how he relayed urgency to his team heading into Saturday's game, with the the potential for the East Division to quickly get out of reach this early in the season.

"I truly didn't speak beyond the very small picture here. ... We've had so much disruption in the last four weeks, that you really psychologically avoid the the big picture dangers," Krueger said.

Anything that's threatening or psychologically creates more pressure on the group for me would be out of place in our present situation."

The Sabres present situation is now looking ahead to Monday night against the New York Islanders at Nassau Coliseum, as Buffalo starts to start a new streak in the win column.