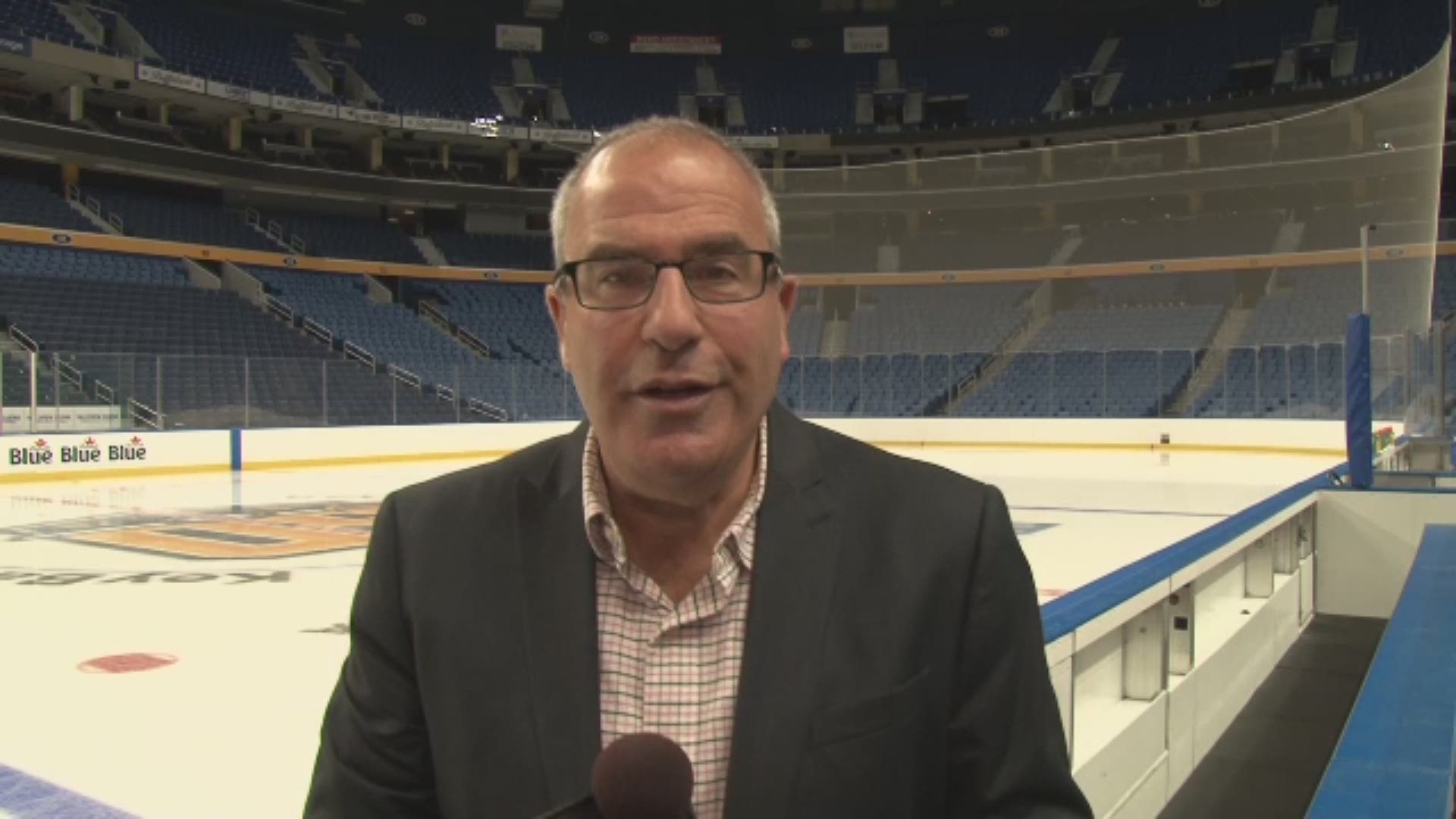 BUFFALO, N.Y. — It didn't take long for Buffalo Sabres' new head coach Ralph Krueger to make an impression on his hockey team. Krueger spoke to the team Thursday and players came away impressed.

Veteran forward Kyle Okposo said, "He's just a genuine person, wants to work hard, wants to have fun, wants everybody to be on the same page and be in this together. Day one its early but definitely liked what I saw."

Okposo said after Krueger spoke to the team for about 15 or 20 minutes, the players were ready to get started. "I looked around and talked to a few of the guys and everybody was ready to play a game."

Okposo added, "The way that he speaks is commanding of the room, very articulate. The way that he speaks is a very smooth way where everybody is going to understand it and forceful at the same time. I think that is a really good quality to have especially in a head coach. He can give a speech and get the guys fired up.  So, I'm look forward to that."

Sam Reinhart said, "He's really honest. And as game starts, it's going to be showing that much more right?  Whether it's brutally honest or it's positive reinforcement, as a player you can really appreciate that and learn to grow when someone's being honest with you."

The Sabres open the preseason Monday night against Pittsburgh at the Pegula Ice Arena at Penn State.