NHL scouting combine to stay in Buffalo through 2022

Buffalo has hosted the combine since 2015, after the week-long event spent the previous 20-plus years being held at various locations around Toronto. 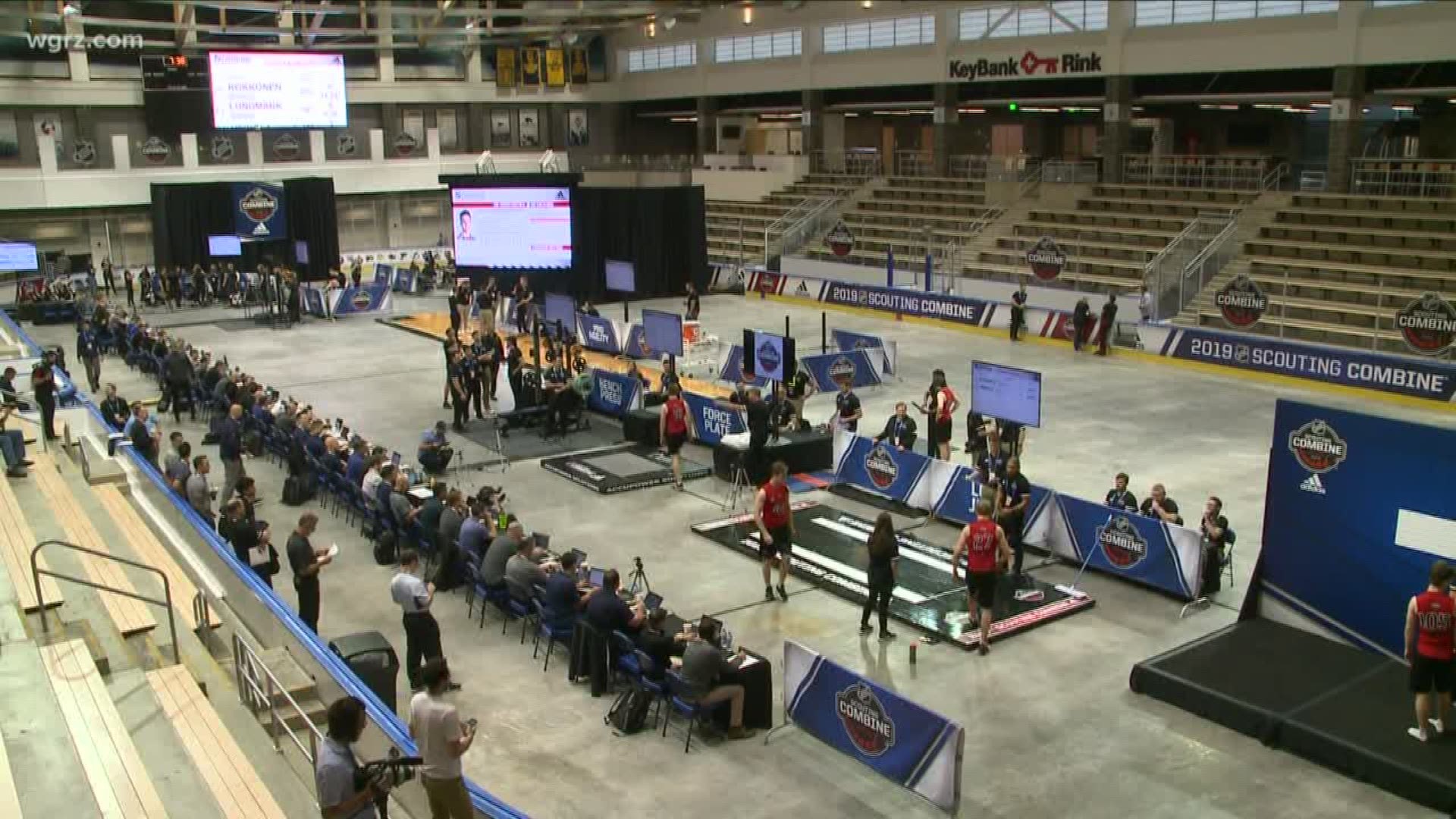 BUFFALO, N.Y. — The NHL's top prospects will continue making their pre-draft stops in Buffalo for at least another three years.

The league has announced an extension of its agreement to hold its annual scouting combine in Buffalo through 2022. The announcement coincided with NHL Central Scouting releasing its mid-season rankings of draft-eligible prospects.

"After a successful first five years of the NHL Scouting Combine in Buffalo, we’re thrilled to host the event for another three years,” said Kevyn Adams, Buffalo Sabres senior vice president of business administration in a released statement. “Partnering with the NHL to host the Combine has been a wonderful opportunity for our organization and the city of Buffalo. We’re excited that the path to the NHL for these young players will continue to run through our city and we look forward to welcoming the hockey world back to Buffalo this spring.”

“The NHL’s annual Scouting Combine is one of the most valuable experiences in a young prospects Draft year and we are thrilled to continue utilizing the Sabres best-in-class facilities for this important event,” said Dan Marr, Director NHL Central Scouting. “The Buffalo Sabres are gracious hosts and The KeyBank Center, LECOM Harborcenter and the City of Buffalo provide the ideal location and venue requirements for all our needs. Together with our Clubs, we

Buffalo has hosted the combine since 2015, after the week-long event spent the previous 20-plus years being held at various locations around Toronto.

The move from Toronto was prompted by the construction of the Sabres' $200 million practice complex which includes two rinks, a hotel, restaurant and workout facility.