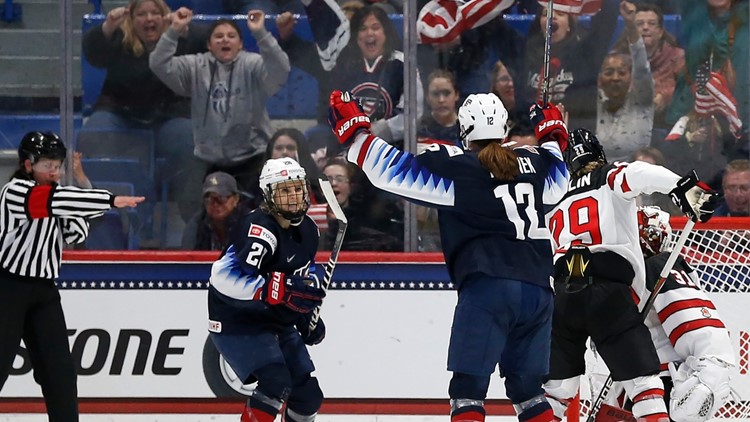 NEW YORK — The NHL is adding a three-on-three women's game to its all-star festivities in St. Louis later this month.

Three people tell the Associated Press on condition of anonymity that the game will feature women's national team players from the United States and Canada.

The move comes with women's hockey in flux. The Canadian Women's Hockey League folded in March and the National Women's Hockey League is still going. But many top players are not on the ice for the NWHL as they seek a different home with what they say should be a sustainable economic model.

RELATED: More than 200 NWHL players pledge not compete in North America next season