Cole Beasley to be featured in Super Bowl Commercial 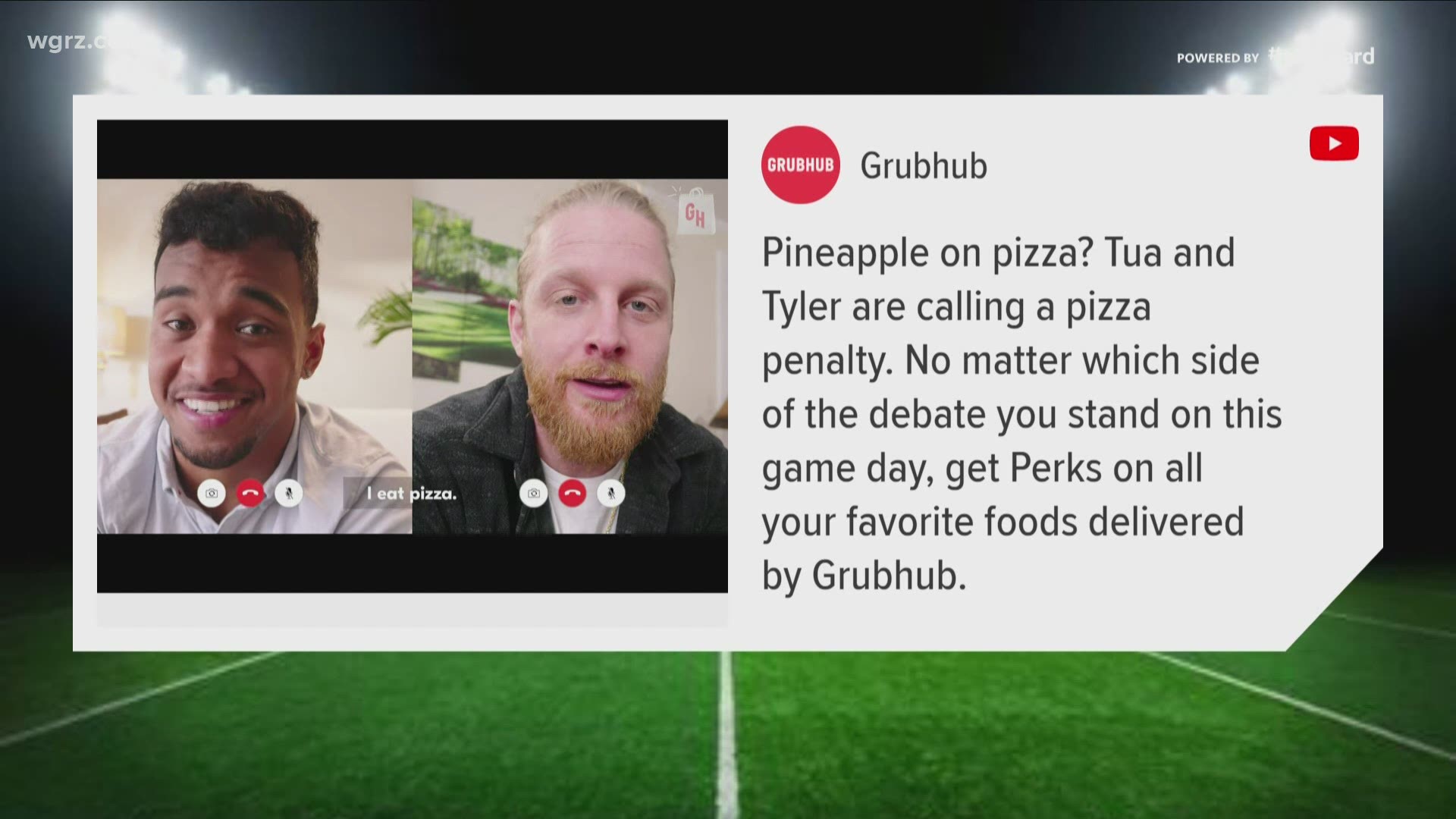 BUFFALO, N.Y. — Bills fans would much rather Cole Beasley be playing in Super Bowl LV, but he will still be on the broadcast.

Beasley is one of several NFL stars to be featured in the new Grubhub ad taking on the heated debate of should pineapple be a pizza topping.

The ad begins with Beasley and Miami Dolphins quarterback Tua Tagovailoa talking about pizza toppings. Beasley defending his love for pineapple on pizza, Tagovailoa disagrees, but then Beasley takes a shot at Tagovailoa saying "It’s as sweet as that feeling of making it to the playoffs."

You tell us...is pineapple on pizza a penalty? 🤨

You can watch the full ad here.