"If you would have shown me the stat sheet before the game, but not told me which team did what, I’d bet everything I own the Saints would be on the winning side." 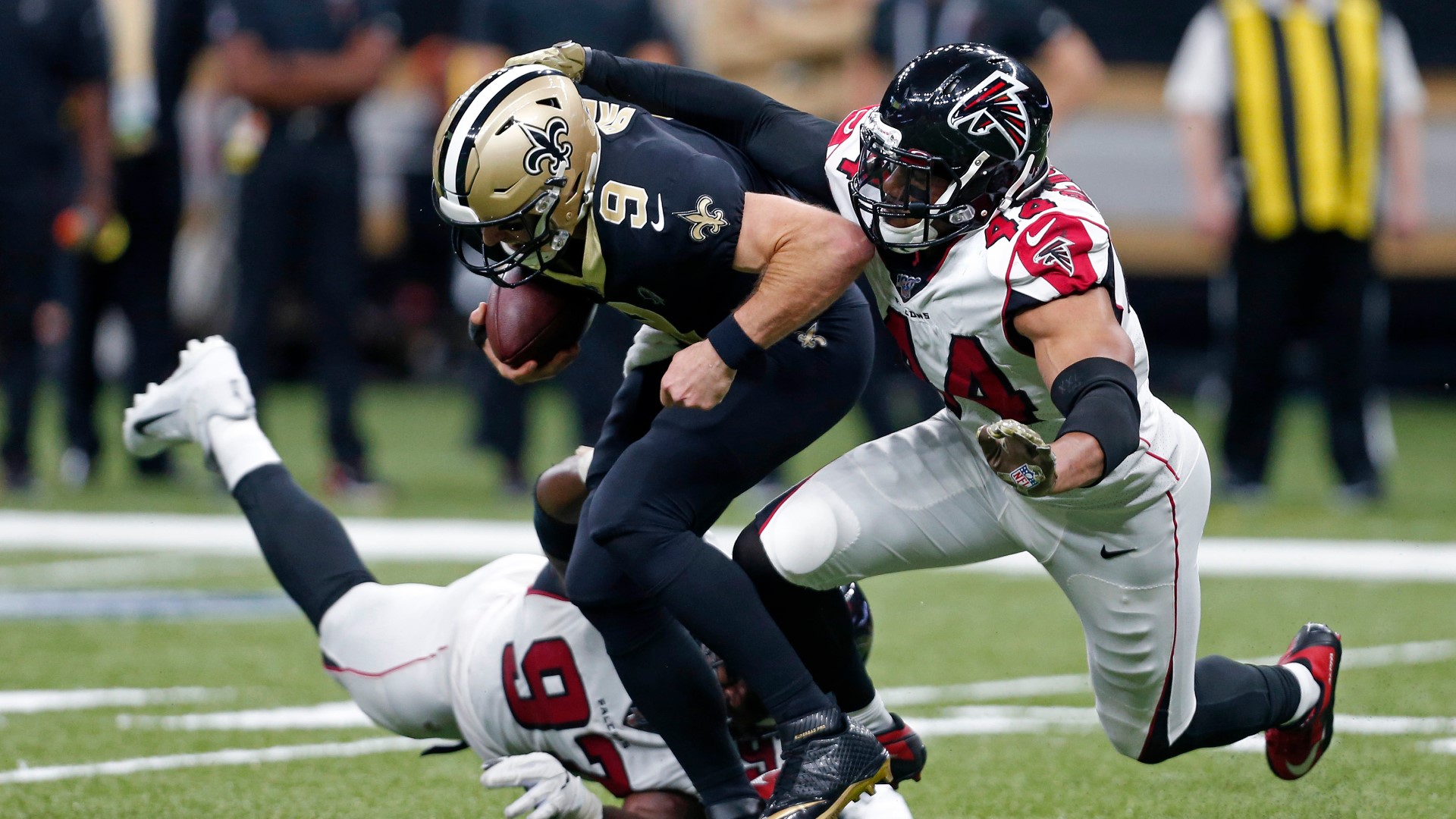 NEW ORLEANS — After a night of too much celebration over LSU finally toppling Alabama, my alarm went off at 5:04 AM Sunday so I could catch a 6:45 AM flight to New Orleans to watch the Saints play the Atlanta Falcons.

I’d have been better off if the alarm didn’t go off and I just slept off that hangover and continued to dream about the Tigers making Nick Saban sad.

Congratulations to the New Orleans Saints for making my experience at the new Louis Armstrong International Airport my second worst experience on Sunday. The Saints lost 26-9 to the 1-7 Falcons and looked so terrible I wish I could just pretend I never saw it because the performance was so bad I find myself wanting to reevaluate everything I saw the Saints do during their 7-1 start.

If you would have shown me the stat sheet before the game, but not told me which team did what, I’d have seen 6 sacks and 143 rushing yards for one team and bet everything I own the Saints would be on the winning side.

As if the Falcons who had 7 sacks on defense all year would get 6 sacks against a healthy and rolling Saints offensive line? Don’t be ridiculous.

Good thing I didn’t get a peak at game stats ahead of kickoff because if I did I’d be destitute.

I’m open to the most implausible explanations to explain the unexplainable. Maybe the Saints and Falcons switched uniforms for giggles? Maybe the Saints had a team watch party Saturday for LSU-Alabama and things got a little wild and they played Sunday like I watched; hungover.

My theories as to how a 1-7 team came to the Mercedes-Benz Superdome and smacked the Saints around for 3 hours are just as good as any actual football analysis, and mine are much more comforting.

In reality, the strength of the 2019 New Orleans Saints are their offensive and defensive lines, and the 1 win Atlanta Falcons took a wrecking ball to them and everything awful we saw springs from that fact.

The offense was held to single digits after 110 straight games of scoring at least 10 points because Falcons defensive tackle Grady Jarrett created a bigger mess for the Saints than someone trying to eat a roast beef poboy without napkins.

Some might say the Falcons created some master plan that other teams will copy to defeat the Saints, but sacking the quarterback 6 times, will wreck any game plan and any quarterback. Drew Brees looked completely shook and out of sorts. Who can blame him? Falcons were pummeling him from every direction.

The Saints perhaps could have run the ball more but Atlanta entered the game 3rd against the rush in the NFL. The blueprint before Sunday against the Falcons was block their terrible pass rush and then attack their worse secondary at will. Repeat as needed. This Sunday the Falcon defense looked like the 85 Bears.

The Saints defense did the offense no favors giving Atlanta 4 first downs by penalty. I’m pretty sure the Saints were just called for illegal hands to the face 2 more times while you are reading this column. The defense wasn’t bad exactly, but it sure looked very average once Marshon Lattimore exited with an injured thigh. The special teams even joined in on the train wreck activities with a roughing the kicker call on a punt.

Say this for the 2019 Saints; they do nothing half-hearted. When they decide to be bad they are BAAAD. True commitment.

The good news is Sunday defeat only counts once even if it felt like it should count at least twice because losing to the hated Falcons feels so much worse than a regular loss.

The Saints remain in first place by 2 games in the NFC South thanks to Green Bay defeating Carolina. Until the Saints show me otherwise I’m just gonna pretend Sunday never even happened and instead rewatch LSU-Alabama.

I’m going to give the 7-2 Saints the benefit of the doubt. We all have bad days. Take this column for example, not every one of these things can be spectacular, sometimes I write them on an iPhone while suffering at a recently opened airport. Life gets weird occasionally. Let’s just say Sunday got weird for the Saints and never speak of this football atrocity again.

Ralph Malbrough is a contributing writer and Saints fan living in Houston. Email him at saintshappyhour@gmail.com, find him on Facebook, or follow him on Twitter at @SaintsForecast or download the Saints Happy Hour Podcast.

(Warning: The Saints Happy Hour Podcast may contain language that is not suitable for all audiences)