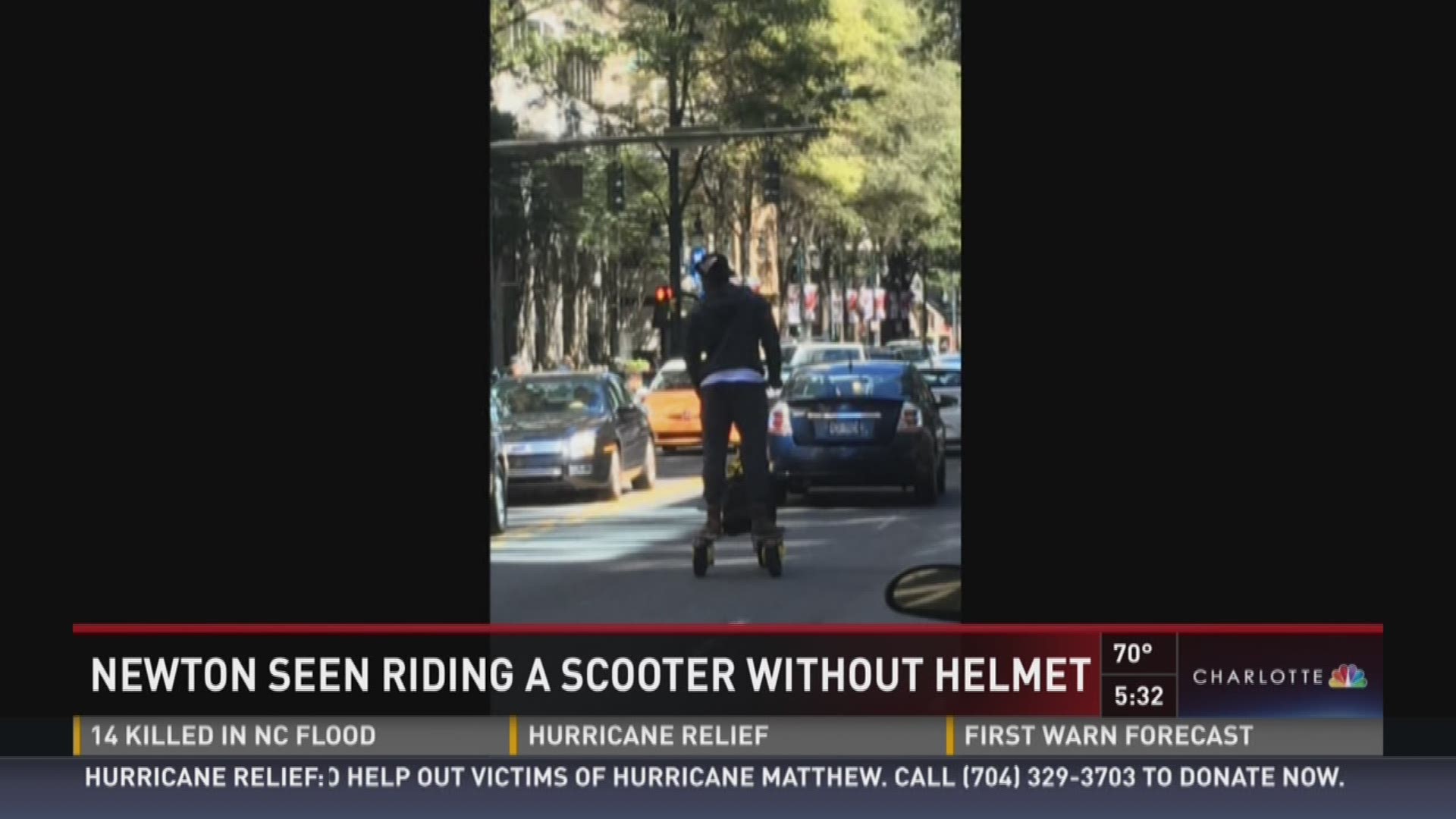 CHARLOTTE, N.C. -- Some Carolina Panthers fans don't like the fact that their star quarterback, who is under concussion protocol and missed Monday night's game against Tampa Bay, was spotted in uptown before the game riding a scooter without a helmet.

After the loss, the Monday Night Football crew ripped Newton.

"That picture, in the middle of the street, that's a bad look," said former NFL receiver and ESPN analyst Randy Moss.

"The optical is poor," said fellow former quarterback Trent Dilfer. "When they say face of the franchise, that means you can't do something like this."

But head coach Ron Rivera brushed off the incident on Tuesday afternoon.

"I'm not going to worry about that," Rivera said. "The bottom line is he's an adult."

Rivera said that Newton had a good day Monday, throwing to receivers, running and lifting weights, but did not give an update as to his status for Sunday's game at New Orleans.

@AdamSchefter C'mon man. No helmet in traffic? Even w/out concussion protocol, c'mon. Are you THAT desperate for attention?

Others didn't think it was a big deal.

@AdamSchefter @notthefakesvp in fairness, that's right outside his apartment

@AdamSchefter Not really a issue. NFL Docs kept him out. He didn't hold himself out. Maybe wanted to make a point he can play.

Now the Panthers are 1-4 and at the bottom of the NFC South.

Newton was not on the sidelines during the game.

"This loss is a tough pill to swallow because it was right there in front of us," Rivera said on Tuesday.

Backup quarterback Derek Anderson started in place of Newton and coughed up the ball three times, including a fourth-quarter interception from the Bucs' 1-yard line.