2 On Your Side Original: Josh Allen's community commitment

Buffalo Bills quarterback Josh Allen, after a career performance and the passing of his grandmother, has formed a closer connection with Western New York. 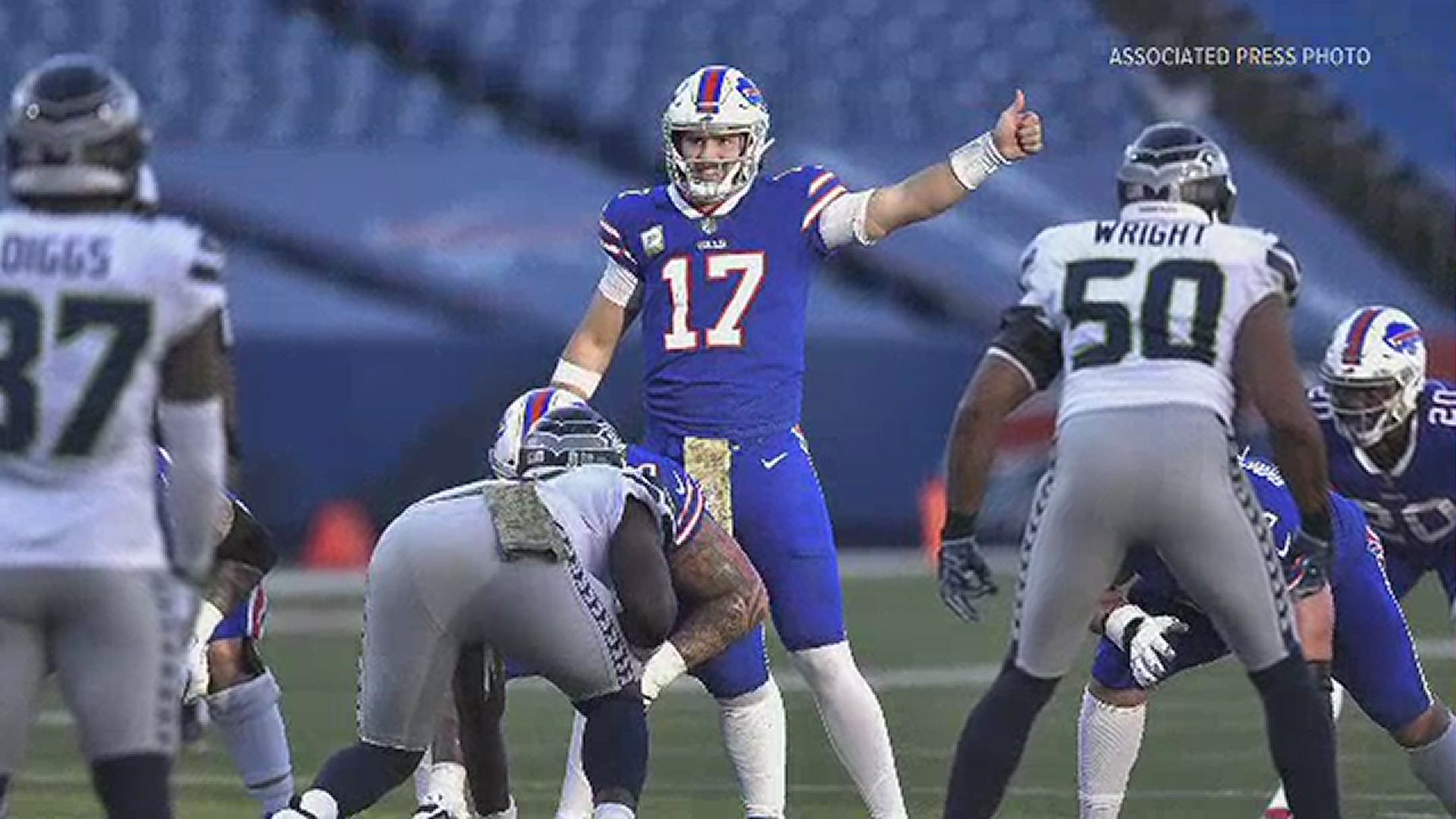 BUFFALO, N.Y. — To call the performance impressive would have been an understatement.

Josh Allen matching a career high with 415 passing yards, throwing for three touchdowns, running for a touchdown as well, as he outdueled MVP candidate Russell Wilson in a 44-34 win over the Seattle Seahawks.

It wasn't until well after Allen had spoken, and late in head coach Sean McDermott's postgame Zoom call, that the story took on a much greater meaning.

"He lost his grandmother last night. It was a big win and a great thing for him to play like he played. Just a mentally tough young man," McDermott said.

Allen had kept the news under wraps after deciding to play Sunday in memory of his grandmother, Patricia Allen, who passed away Saturday at the age of 80.

"To go out there and play in her honor with my whole family watching ... I don't think there could have been a better tribute," he said.

Allen's effort inspired the Bills' fan base to act. As of late Friday afternoon, close to $500,000 had been donated to Oishei Children's Hospital in Patricia Allen's memory. The hospital is the main focus of Allen's work in the community.

This story wraps up a memorable week... tells more about what inspires Allen, and highlights the connection between a quarterback and a community. Hope you can join us tonight at 6pm @wgrz #Bills https://t.co/oY4zqKRotY

Allen says he's inspired to support the cause through experiences in his own youth. His brother was hospitalized with Kawasaki disease at a young age.

"These are children that don't deserve what they're going through, but like I said, just the littlest thing of me showing up and showing support and telling them that I'm praying for them and I'm caring for them ... that  it can make that much of a difference," Allen said.

Allen says he also remembers growing up a San Francisco Giants fan and, after attending a game, being blown off by a player (who he won't name) while waiting for him in the tunnel for some type of a greeting afterwards.

"Sure enough he came out, and instead of looking or waving or maybe giving us fist bumps or whatever ... just kind of turned his cap to the side and just kept walking," Allen said. "It bothered me so much. I told myself if I were in a position like I am today, that I would to everything in my power to just acknowledge every kid that looked up to me."

Allen says the community response to his grandmother's passing inspires him to play harder, and to do more.

"I know my family is forever engraved here ... myself included, and I don't ever want to leave obviously. I want to play here for as long as I can ... give back to the community.... and give back to Bills Mafia here.

This week the giving has come full circle.