The Tampa Bay Buccaneers tweeted a shirtless GIF of Gronk on Wednesday morning. 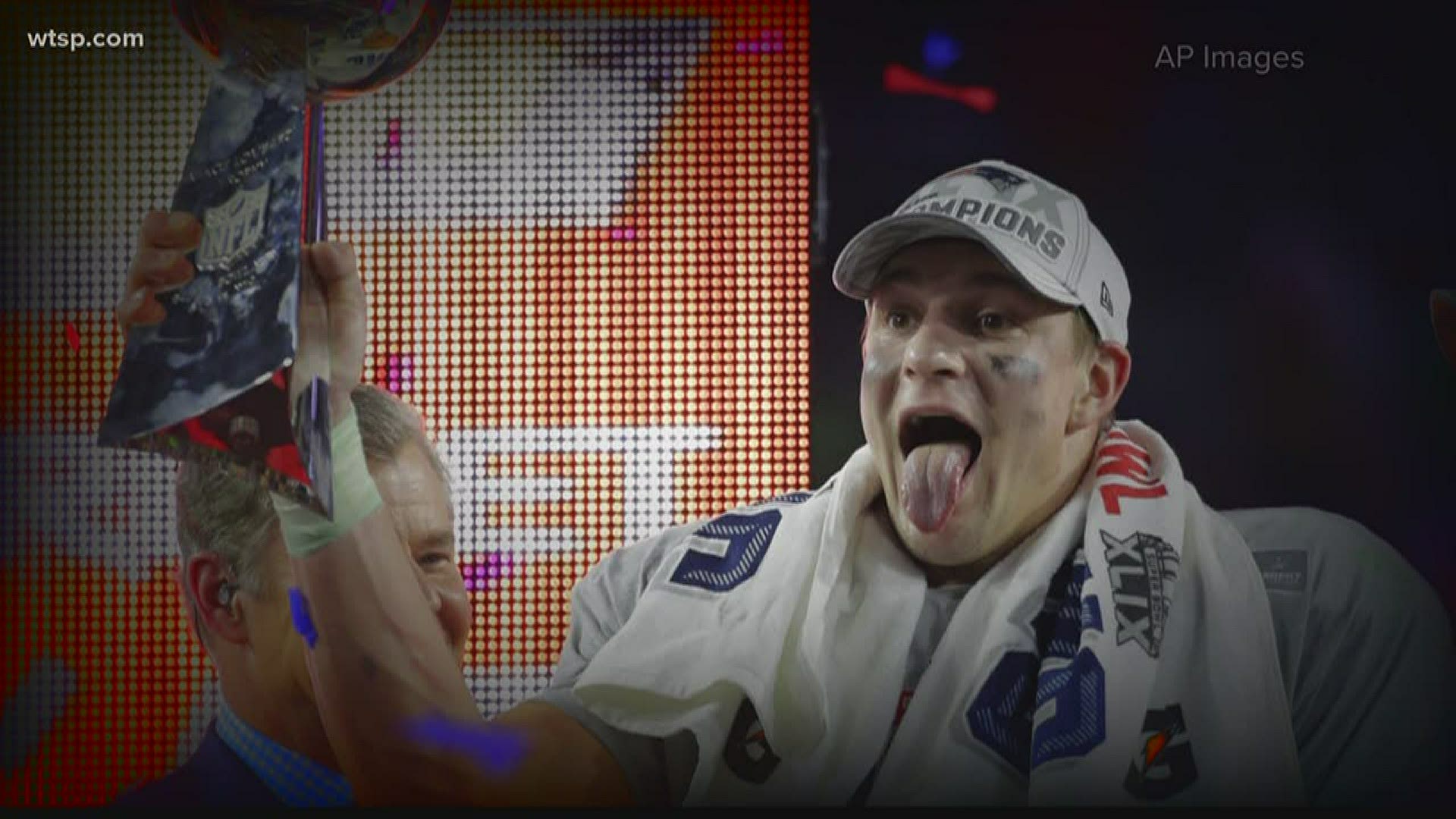 Four-time All Pro tight end Rob Gronkowski is is back in the NFL and reunited with legendary quarterback Tom Brady.

The Tampa Bay Buccaneers completed a trade for the retired New England star. They sent a fourth-round pick in this week's draft to the Patriots for Gronkowski and a seventh-round selection.

Brady signed with the Bucs in free agency last month. Gronkowski was one of the most dominant tight ends in football when he walked away from the game in March 2019. He won three Super Bowl rings while playing for the Patriots.

Brady tweeted video Wednesday of him sounding a conch shell. Gronk then runs into camera view and says: "A little tired, but Gronk reporting."

The Tampa Bay Buccaneers had their own fun Wednesday morning. They tweeted a GIF of Gronk ripping off a Florida shirt and stated simply: "Good morning, Tampa Bay."