'You're going to Disney World' Pancho Billa and family

#BillsMafia is sending superfan Pancho Billa and his family to Disney World. 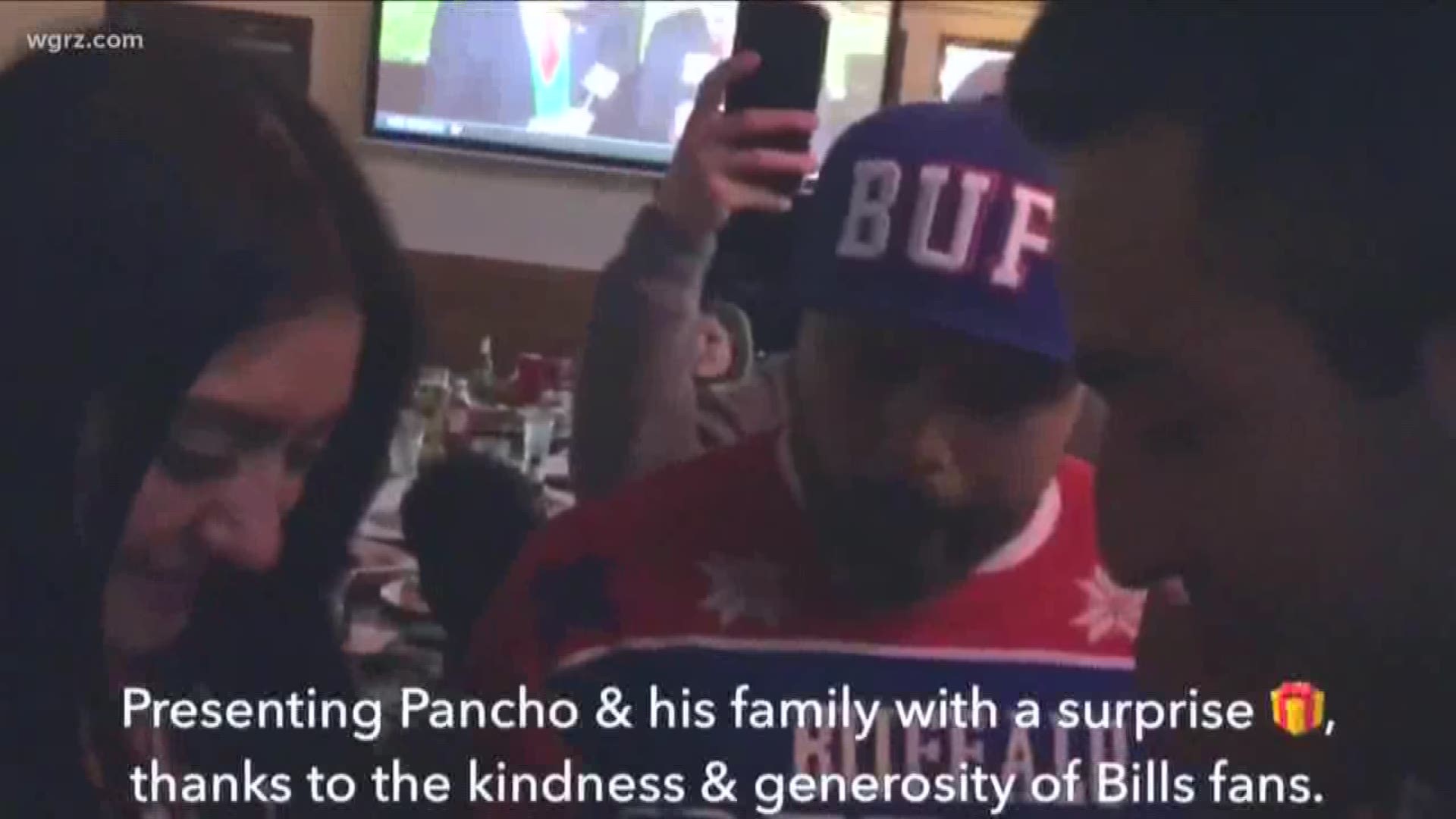 On Sunday, while watching the Bills take on Patriots in Dallas, former Channel 2 Sports reporter Jonah Javad had a special envelope to give Ezra Castro. Check out what happened next.

Thanks to Bills fans, Pancho and his family will take a trip to 'the most magical place on Earth', Disney World.

2 On Your Side caught up with Pancho on Christmas Day.

"It's just a true blessing to be here for another Christmas with my family," said Castro.

Castro says he has his ups and downs as he gets ready for his 22nd chemo treatment on Wednesday.

"And this envelope, you know, said Merry Christmas from Bills Mafia, you're going to Disney World, and so it was such a shocker. My girlfriend was filled with emotions real quick, my daughter knew exactly what Disney World is and she's only 3 years old and when she heard the words, she got really excited," he explained.

This all started when Javad got 26 Shirts founder Del Reid involved.

Reid sent out a couple of Tweets saying he was putting together a fundraiser to do something special for a family this Christmas, but it was a secret.

"We wanted to keep it really quiet, so I was really proud when we revealed to him Sunday during the game, it had zero shares on Gofundme which is exactly what we wanted in this case," says Reid.

Reid went to work behind-the-scenes with his wife figuring out it would cost about four-thousand dollars for the plane tickets, hotel, tickets to the parks and a meal plan for Castro's family. More than sixty Bills fans from all over gave between ten and $600 when Reid revealed who the surprise was for. They raised more than five-thousand dollars.

"Especially this time of year to be able to do this for a family, it means a lot," says Reid.

Castro said he planned to talk a walk Christmas night before he spends Wednesday getting chemo.