With the disappointment of last April's draft behind him, the UB legend working toward finding a permanent home with his college town's professional team. 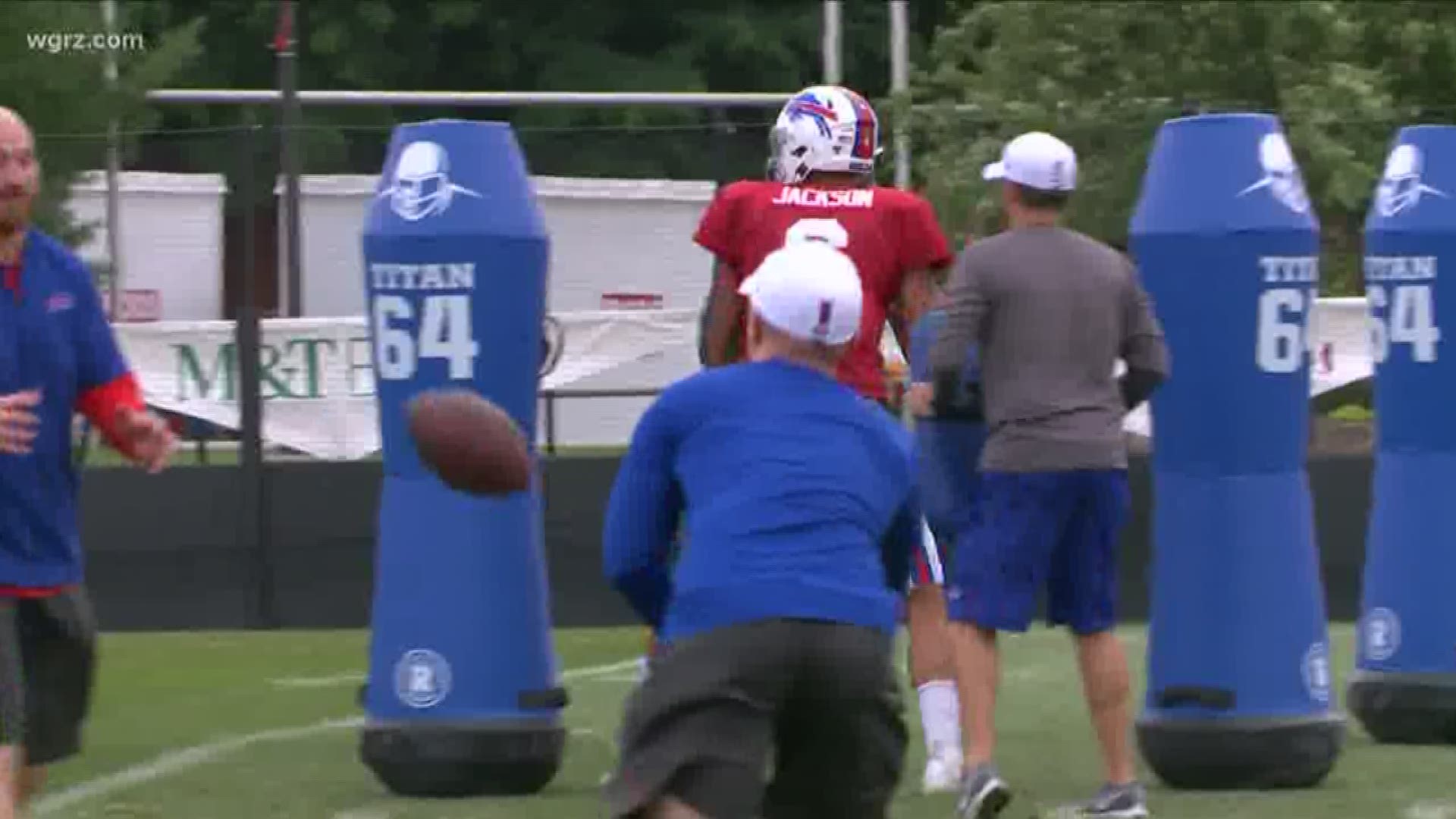 PITTSFORD, N.Y. — After three years, nearly 7,000 yards passing, and 60 total touchdowns playing for the University at Buffalo as one of the best players in the program’s history, Tyree Jackson finds himself starting over.

He's now trying to build a professional career after watching 11 quarterbacks go in the 2019 NFL Draft, none of which were him.

“Honestly, it’s a blessing," Jackson says from St. John Fisher following one of his first practices with the Buffalo Bills, with whom he signed as an undrafted free agent. "I’m in a great position, have great people around me. Like Josh, Matt Barkley, Coach Dorsey. I’ve been really blessed to be here and my focus is to get better each day and work hard.”

That upbeat approach masks any lingering sting from being passed over 254 times, but he knows he has work to do.

“The transition is obviously going to be different. The game’s faster. Things are moving a lot faster. There’s a lot more going on," Jackson admits.

The former Bulls standout is the Bills' clear number three quarterback at the moment. He was viewed as a toolsy project going into the draft, and that remains his pedigree in the first week of camp.

It's unclear whether the team will keep two or three quarterbacks on the active roster, or if his future lies in the practice squad, but he feels where he’s been has put him in a position to realize his dream.

“I loved it. I loved my experience there," Jackson said, speaking of his time in Amherst. "I still keep in contact with Coach Leipold at least once a week. Like I said, it just was a smooth transition because of how attention to detail he was and how hard he pushed us.

"And maybe back then you didn’t understand it, but I tell those guys there all the time now that the stuff he’s preaching to you, it does matter and it only gets more amplified the higher you go.”