The Bills say their second-year quarterback is in the NFL's concussion protocol. 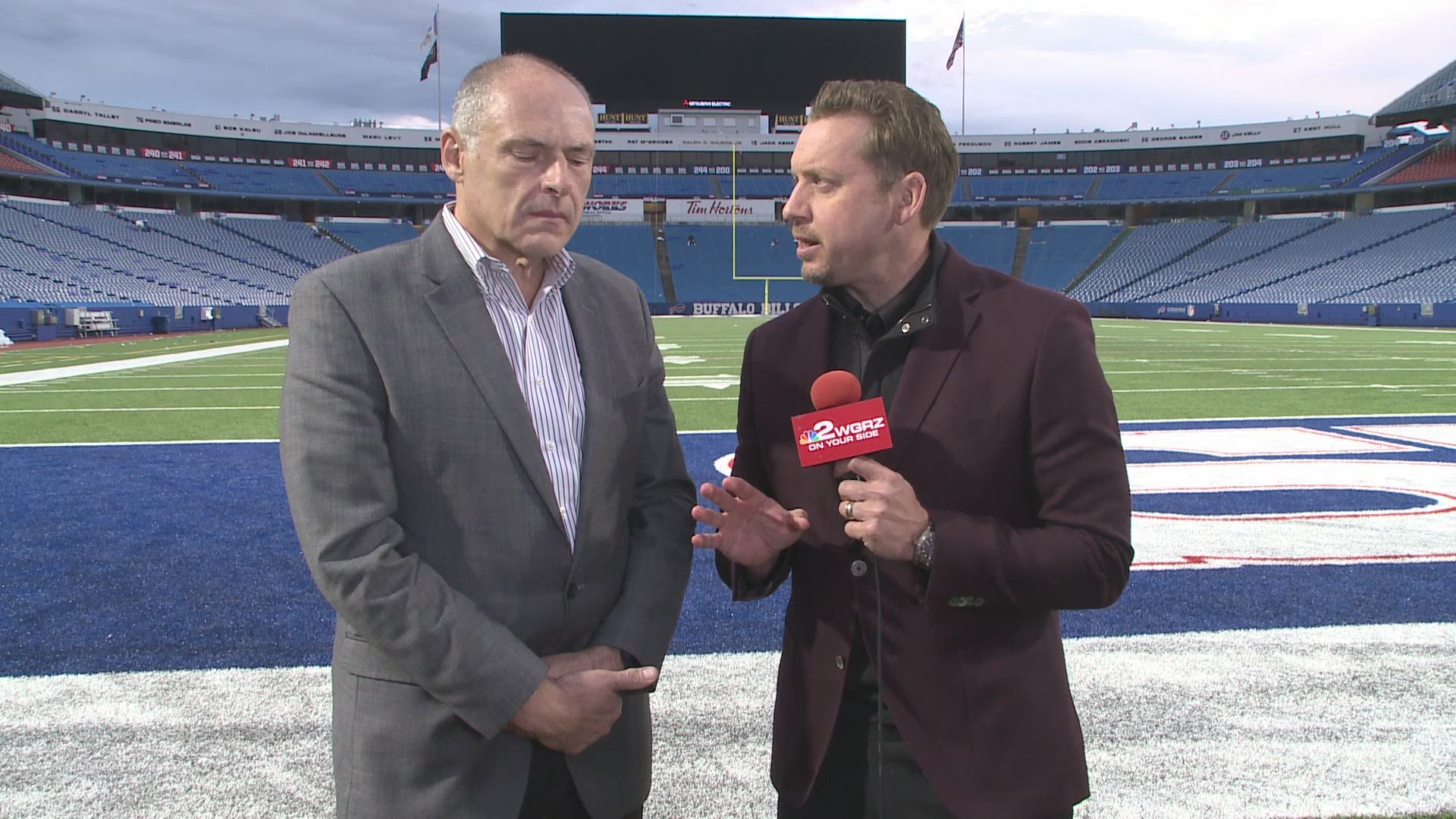 Riveron: Well, we looked at it and in this situation, we didn’t feel that that contact rose to the level of an ejection. The player actually turns. Obviously, there is helmet contact, but we have standards for an ejection, and this did not rise to that standard. Therefore, we did not eject him. There was a foul called, and obviously the penalty stood, but we did not feel this contact rose to that level.

Carucci: Just to clarify, the fact that the Bills were penalized on the play didn’t factor into Jones not being disqualified, correct?

Riveron: One thing has nothing to do with the other. This contact, whether another team got penalized or not, has no bearing on how we look at the level of the foul when we get to disqualification.

Carucci: On the third interception that Josh Allen threw, which was intercepted by J.C. Jackson, the CBS broadcast raised a question to if it was a legitimate interception based on two factors: one, that Bills receiver Zay Jones may have gone out of bounds and came back in on the play, and that Jackson did not have full control of the ball. Did you take an extra look at that?