Josh Allen took his first reps with the first-team offense while Nathan Peterman continues to shine this spring. 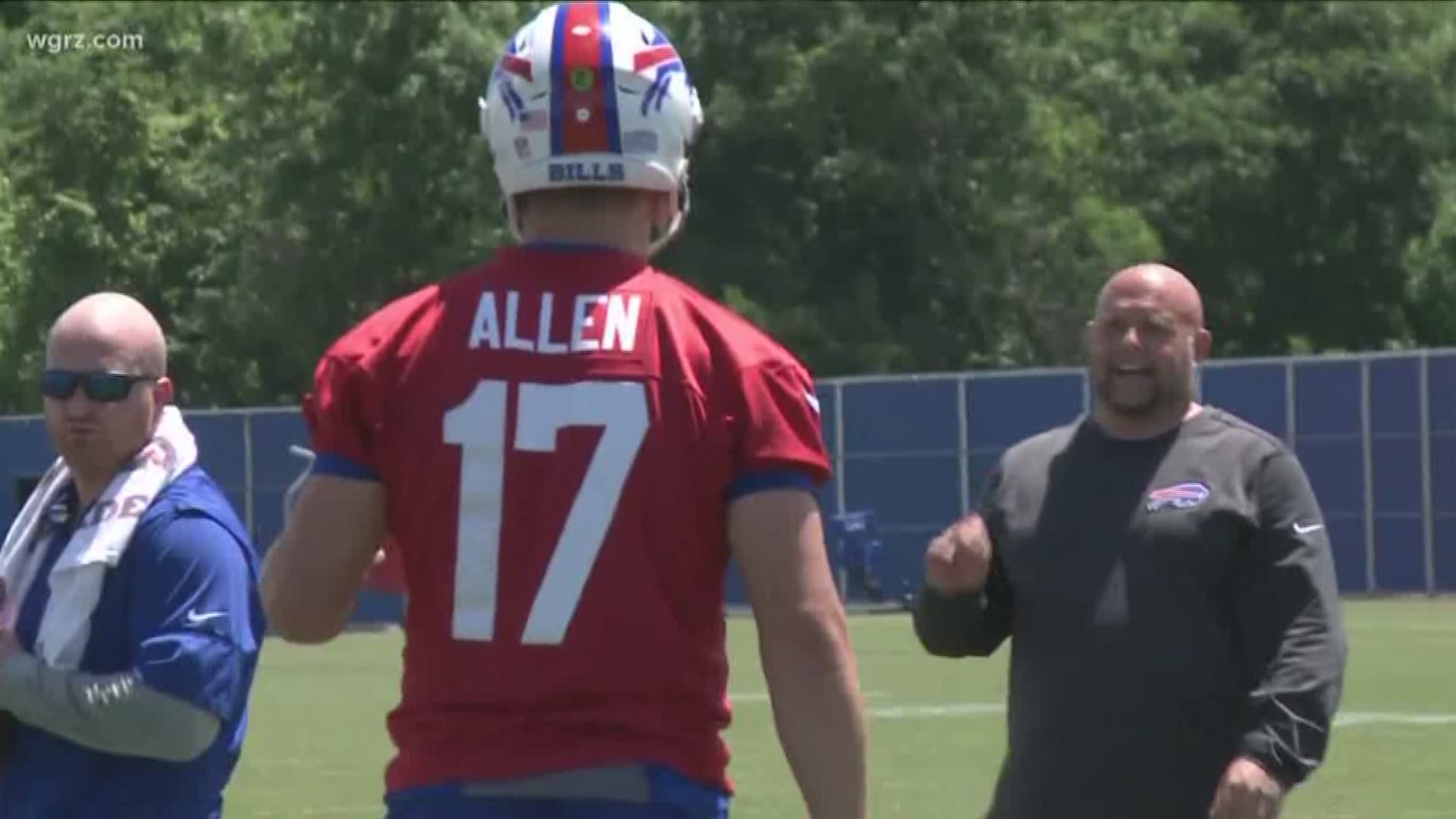 ORCHARD PARK, NY - Bills rookie quarterback Josh Allen took another step in his development process by getting his first shot with the first-team offense.

Overall Allen was solid in his first time working with the starters. His highlight of the day came when he connected with Kelvin Benjamin on a deep shot down the sideline.

"It felt good to throw with those guys but also just learning, just taking those reps and the knowledge that comes with it," Josh Allen said after practice.

That's the good of Allen's day. Then the bad came the next play when Tremaine Edmunds intercepted Allen on a tipped pass by Micah Hyde. But Allen uses those plays to learn from the defense.

"I came up to him [Micah Hyde] after practice and just asked what he saw and he said he saw my eyes so just being able to talk with the defense like that and just try to pick up on cues that they're looking at in order to make plays," Allen explained.

Meanwhile Nathan Peterman continues to look sharp this spring. Once again this week he was impressive and ended practice with a touchdown pass to undrafted free agent wide receiver, Cam Phillips.

Peterman led the first-team offense all practice except when Allen took his reps.

The Bills continue their three-day mandatory mini-camp on Wednesday and Thursday then break before training camp starts in late July.