The Bills' game against the Titans is in jeopardy after another player on the Titans tested positive for COVID-19. 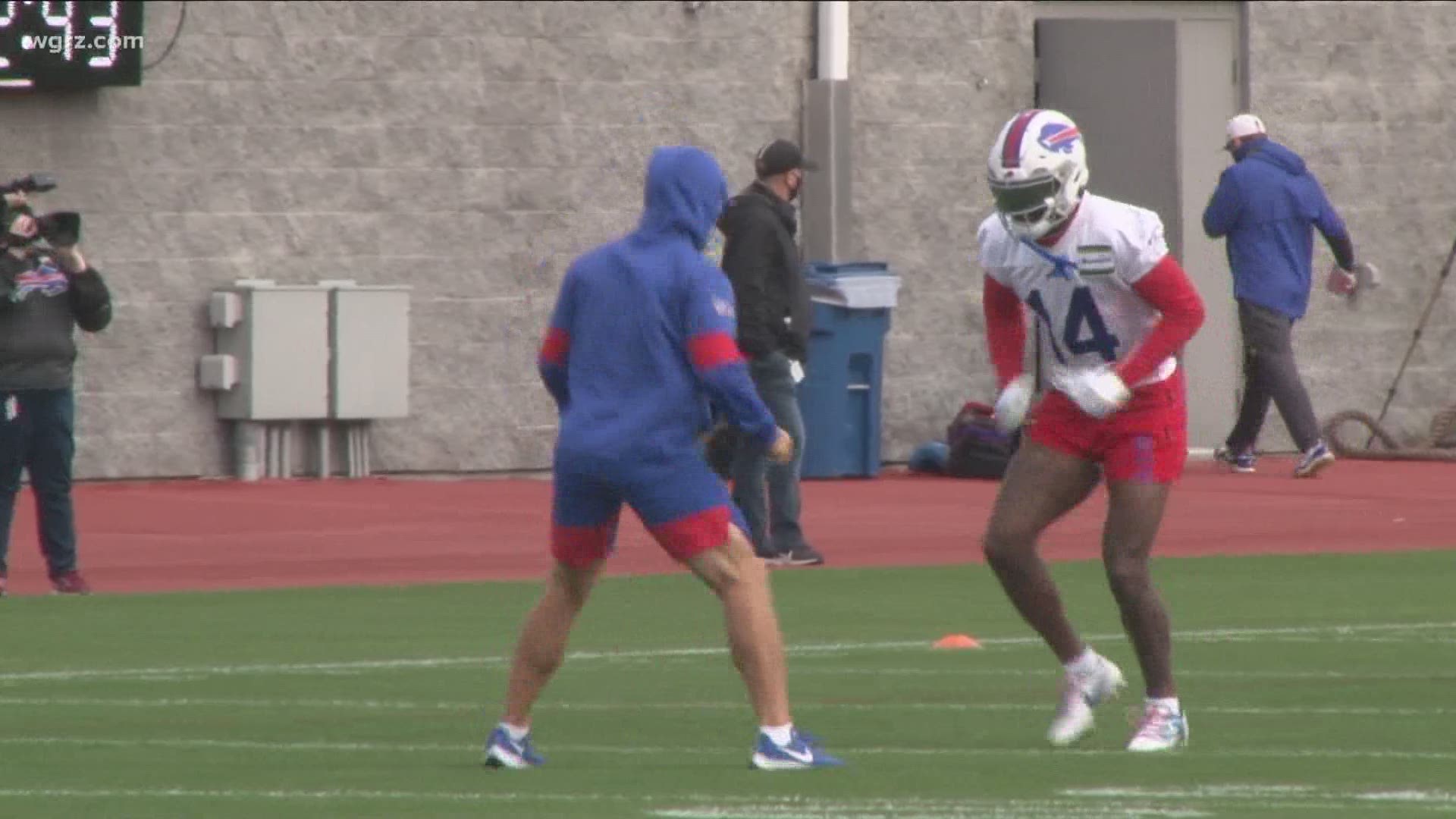 ORCHARD PARK, N.Y. — The Buffalo Bills' game against the Tennessee Titans is in jeopardy after two more plsyers on the Titans tested positive for COVID-19.

That's according to Dianna Russini from ESPN who cited a source.

A player on the #Titans has tested positive for COVID-19 per source. This puts Sunday’s game between the Bills and Titans in jeopardy. Titans were expected to return to their facility today, that can’t happen now.

The Titans officially have two players that have tested positive for COVID-19 per sources.

She reports the Bills are headed into a team meeting.

The Buffalo Bills are headed into a team meeting. Some of them have heard about Tennessee as they point to the fact that maybe if the game is canceled/postponed they could get more rest for Thursday’s game at home against the Chiefs.

The Titans' team was hopeful they could return to the team facility Wednesday after they had gone the last two days without a positive test. However that has changed with the report of the new cases.

During a Zoom call with reporters, Buffalo Bills head coach Sean McDermott said the team is aware of the situation and is, "monitoring it as closely as we can from here (Orchard Park)."

The game is set for a 1 p.m. kickoff from Nashville on Sunday if it does happen.