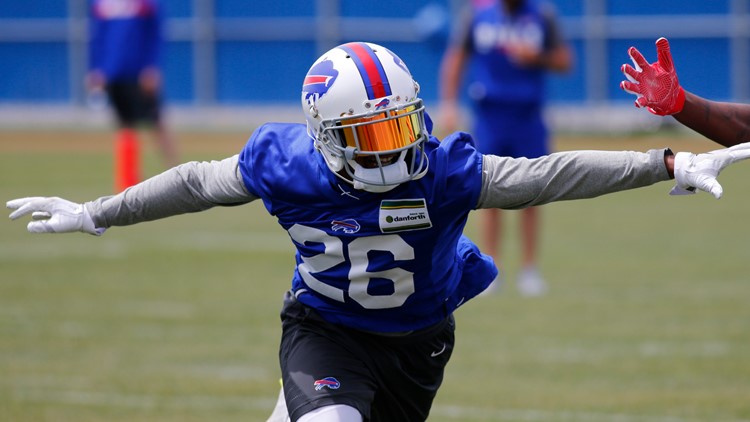 BUFFALO, N.Y. — The Bills have reportedly signed cornerback E.J. Gaines to a one year contract.

Gaines originally came to the Bills in the Sammy Watkins trade in 2017. Injuries have been an issue for him throughout his career.

His first year with the Bills he put up good numbers while playing in only 11 games. Gaines had 59 tackles and an interception.

After one season in Buffalo he signed with the Browns as a free agent but played in only six games. He spent time with the Bills in 2019 but was released via an injury settlement in August because of a core injury.

If he can stay healthy Gaines can make a positive contribution to a crowed Bills secondary, if he can earn playing time. The Bills have added Josh Norman and have brought back Levi Wallace. Should be an interesting battle in training camp.