His story reached a NASA engineer, and now a control chip inscribed with the name of Ezra Castro and his family will be launched into space. 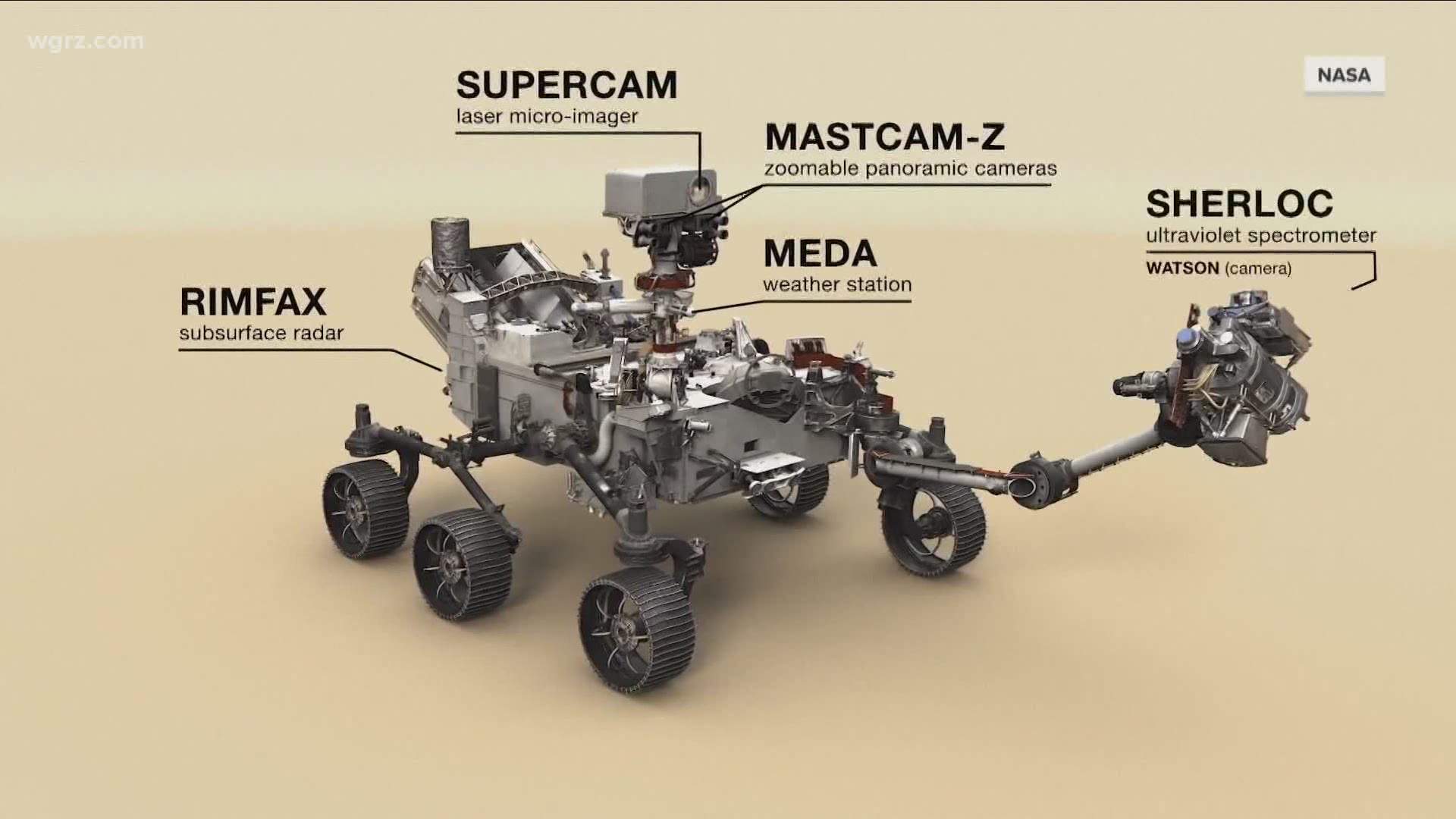 BUFFALO, N.Y. — The memory of a legendary Buffalo Bills fan who was an inspiration to so many is headed to Mars on Thursday.

The Mars Perseverance rover is scheduled to lift off Thursday morning, and on board will be a control chip inscribed with the name of Ezra Castro, better known as Pancho Billa.

Castro died after a battle with cancer last year, and his story reached NASA engineer Jerry Stoces, who added his name to the chip along with the names of his family, even giving them "boarding passes" for the rover.

"Everything about him is still going to continue to live on and it’s amazing that it’s not just going to be here on earth but it’s going to be on another planet," Ezra's longtime girlfriend Veronica Borjon said.

Thanks to @NASA’s @RocketmanJRS, inscribed on the chip that controls @NASAPersevere are the names of the Castro family — including Dallas cop Jaime Castro & his late brother Ezra “Pancho Billa” Castro.

The family planned to travel to Florida to see the launch in person. However, the pandemic is keeping them home.

They will be watching the launch together as a family and Veronica said she knows Ezra will be with them.

“Oh definitely, he’s always with us, I always feel him” she said.

“It’s truly a once in a lifetime experience for our family and we know that it will be everlasting," Ezra's mother Aurora Martinez Castro said. "We know that through generations our name will be up there with Ezra.”

The summer's third and final mission to Mars will be at Cape Canaveral, Florida. NASA's Perseverance will follow China's rover-orbiter combo and a United Arab Emirates orbiter, both launched last week.

Perseverance will scrounge for evidence of past microscopic life in an ancient lake bed at Mars, and gather the most promising rock samples for future pickup.

NASA is teaming up with the European Space Agency to return the samples to Earth around 2031. NASA Administrator Jim Bridenstine said on the eve of launch that it will be a challenge getting the samples back.